On September 17 four new members will be inducted into the International Snowmobile Hall of Fame.

According to the ISHOF, the weekend of September 16-18 will bring a full weekend of “summertime snowmobiling” activities. The induction weekend will be filled with fun activities including past inductees gatherings, special indoor seating at the vintage drag races, shopping poker runs, pontoon boat rides on the Chain O’Lakes, autograph sessions, gala receptions, banquet and induction ceremonies.

Organizers expect to see 160+ snowmobilers at this event that will bring together the movers and shakers of the sport. 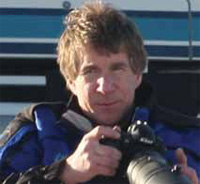 For a 14 year old, growing up in a snowmobile dealership planted the seed for a lifetime centered around the sport. Eight years of successful racing ended with a crash in 1981 that broke both arms. When not racing, Wayne had always taken pictures of the races and racers. His camera skills were noticed by Yamaha who hired him to shoot for them. Soon Wayne was shooting for all four brands, several magazines and other sports activities. In 1982 he gave up his job as a robotics engineer and programer to pursue his passion of photography. Since that time, Wayne’s work has captured and preserved for future generations the joy and excitement that is snowmobiling and snowmobile racing. He has been knocked down, run over, caught in avalanches, lost in whiteouts and suffered frozen fingers, but he keeps coming back with a smile. His passion for the sport shows in his integrity and professionalism.

Soon after being introduced to snowmobiles and following a vision that snowmobiles would someday develop into the great recreational industry that it has become, Bill became active in organized snowmobiling. He was instrumental in the forming of the Michigan Snowmobile Association in 1982 that merged three groups into one. Bill has worked his way up through all phases and positions of MSA and is now their Executive Director. He has been instrumental in creating milestones for the snowmobiling community and has accomplished goals that many aspire to but rarely achieve. Both on the state level and on the national level as he and now chairs several committees and organizations. Bill was named International Snowmobiler of the Year in 1990 and in 1995 selected as Michigan Snowmobiler of the Year. Through Bill’s guidance, winter tourism within the state has flourished. 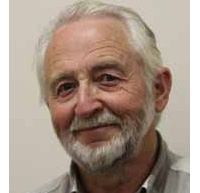 Few people can count 46 years of snowmobile enthusiasm. Les is one who can. It was in 1964, on a Polaris Lil Andy when he got his start in the sport. Soon the family started a snowmobile dealership selling Polaris and Scorpion. From 1966 through 1976 Les raced both Polaris and Scorpion, winning high point honors several years and a World Series Class Championship in 1971. He has been a local club member for 37 years and has served in all offices of the club. His current title is Historian, well deserved as Les has a collection of over 100 antique and vintage sleds. These include prototypes from Polaris, Scorpion and Arctic Cat. Les takes great pride in helping others with his vast knowledge of most of the brands. He spends many enthusiastic hours teaching about the history of snowmobiling. His knowledge of the inventing, testing and manufacturing is vast.

Almost 30 years ago, Gordy was hired on at Bombardier Ski-Doo in the service department. It helped that he was a snowmobiler and very passionate about the sport. Ski-Doo soon realized his talents, technological knowledge and communication skills. Gordy has been instrumental in the education and dissemination of Ski-Doo technology and service information to dealers, technicians and the media. His knowledge of the product and his ability to educate and inform are of the highest level. Gordy is the go-to person when a service problem or question arises and he is willing to help all snowmobilers who call on his wealth of knowledge about their sleds.

Snowmobile Club of the Year

The Trailmates Snowmobile Club of Wausau, Wis. has been named the Snowmobile Club of the Year by the International Snowmobile Hall of Fame. Formed in 1968, it counts 168 volunteer families who are active year round in promoting the club, snowmobiling and numerous civic and charitable causes.

Club members groom 80 miles of trails with their two large groomers and in 1994 built a 40’ x 72’ Club Shed to house the groomers. It also serves as the monthly meeting location for the club and a popular starting point for snowmobilers to ride the other 804 miles of county trails. A large kitchen in the Club Shed also serves the 280 landowners an appreciation dinner each year. It’s a 42-year long tradition for the club. Club meetings are held monthy in the clubhouse.

“We are very happy to present this award to the Trailmates. They are truly an inspiration to all clubs and the grand sport of snowmobiling,” says Scott Eilertson, president of the International Snowmobile Hall of Fame. The official presentation will be made September 17 at the Induction Ceremony held in Eagle River as they induct the International Snowmobile Hall of Fame class of 2011.

Groomers of the Year

Continuing a long tradition of honoring the unsung heroes that donate so much of their time and energy to grooming the trails that we enjoy, Arctic Cat sponsors and names these three groomer operators as International Groomers of the Year.

The winners were all nominated by their respective state snowmobile associations. Each will receive an Arctic Cat jacket. In addition, their plaque will join the past winners of this award and be on display at the World Snowmobile Headquarters in Eagle River, Wis.

The official presentation will be made September 17 at the International Snowmobile Hall of Fame Inductions Weekend.