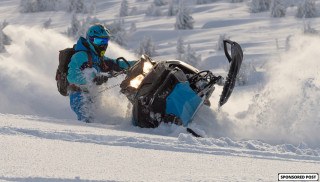 Gates takes snowmobile belt technology to the next level

Anyone who regularly grabs the handles of a snowmobile for a day of powder-coated fun knows it is critical to have a reliable machine that won’t leave you stranded in the backcountry. While there are several failure points which could let you down, the smart rider makes sure to equip their sled with parts to minimize the chance of that happening – with a few spares tucked away in case everything does hit the fan.

Starting with, of course, the drive belt. There’s a reason most manufacturers literally build a spot right into their sleds where a spare belt can be stored; belts can fail in numerous different ways, and losing one means the rider is left with a whole fistful of no go. That’s why companies like Gates plow incredible amounts of research and development into their G-Force RedLine CVT belts. Gates has been around for more than a century and, with over 10 years of experience with this type of product, they know how to build a product which performs even in the harshest of conditions. In fact, they were the first to market with carbon corded CVT belts, a component which takes belt durability to the next level.

Anyone who slept through high school science class or simply has no interest in chemistry can go ahead and skip to the next paragraph. Ok, let’s look at how ethylene is a key building block in the construction of certain compounds which are required for wide swaths of the manufacturing industry. Variants appear in products like food packaging and PVC piping, plus – of interest to us – powersports parts. Companies such as Gates use these exclusive ethylene elastomers in CVT belts to improve the product, such as in reducing belt slip.

Any rider worth their salt knows excessive slipping can be a death sentence to a CVT belt, causing mayhem with power delivery before an inevitable belt failure. Hey, an exploding belt might make for a good viral video, but it can certainly ruin a day on the trail. Gates continued focus on the intersection of science and engineering is what has enabled the company to bring its belts and other ethylene-based products to market. 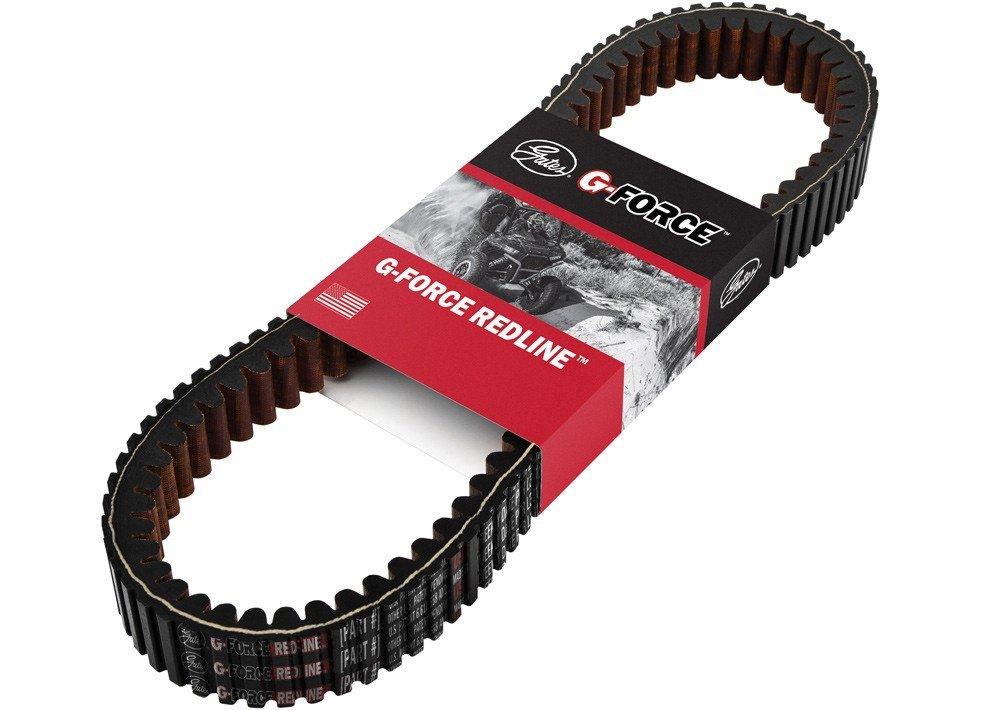 “Transforming our industrial belt platforms using Ethylene Elastomer compounds is a priority,” said Tom Pitstick, CMO and senior vice president of product line management at Gates. The new line of G-Force RedLine powersports belts is a great example of how the company is using advanced materials to make better products.

There’s actual substance beyond the marketing speak, by the way. Some race teams who regularly put their sleds through the wringer use G-Force RedLine belts in competition situations, an environment where every second counts and an untimely breakdown can mean the difference between winning and sulking back to the trailer. Gates’ materials use science and a healthy dose of manufacturing expertise to produce belts whose ethylene polymer compound provides customers with increased performance, more uptime, and extended operating temperatures.

How much more uptime? Testing the belts in tough conditions has shown the company that G-Force RedLine belts can eke out double (and even triple if conditions are right) the life of an OE belt.

Sitting trailside with a busted sled is no fun – but losing a competition because of subpar equipment can feel even worse. Remember those ethylene elastomers from the science lesson a few paragraphs ago? The patented Gates compound maximizes something called ‘axial stiffness’, enabling belts to run at higher continuous torques or loads. In other words, the belt is far less likely to twist itself off like a candy cane when a rider nails the throttle. Gates claims this innovative design results in better acceleration, higher top speeds, and less energy loss in extreme environments.

Still, this doesn’t mean the belt is resistant to people who are acting like boneheads. It remains important to properly handle the belt during installation, so don’t twist the thing up like a mobius strip or tear off on a top speed run immediately after fitting it to your sled. These will still be recipes for disaster. All belts, no matter the robustness of their construction, need to be correctly installed with an appropriate amount of break in time. No belt is infallible, but the Gates G-Force RedLine comes close.

Be sure to choose a Gates G-Force RedLine belt when buying service parts for your snowmobile. After all, what others call an ‘extreme duty cycle’ is simply a normal riding day for most of us, right?