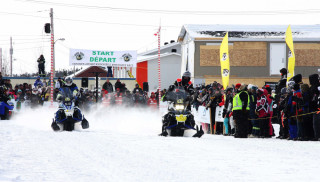 In the world of powersports, most races are a test of human control over a machine at speed. Some events add an endurance factor, testing machines against a race pace day after day, mile after mile, battling breakdowns. And some races add in a third factor: Both humans and their machine are pitted not just against other teams, but against an unforgiving environment.

The Cain’s Quest snowmobile race through northern Canada is that kind of competition.

The name Cain’s Quest refers to French explorer Jacques Cartier’s words upon his arrival to North America in the 1500s. He saw the north shore of the St. Lawrence River, and remarked that it looked like “the land God gave Cain.” In Biblical lore, the murderous Cain was cursed by God and sent to live on barren land, where no crops would grow.

In the 21st century, the land that Cartier visited is now known as Labrador, or The Big Land… but its hard reputation hasn’t gone away, and it’s not the sort of place most tourists visit. But, this hard country is the background for Cain’s Quest.

Labrador is well-known as a rugged wilderness, and the people who do want to travel there mostly go for adventure. But its remote location, situated to the north of the province of Quebec, means for many dreamers that day never comes. What could change that? The people of Labrador wanted something long-standing that would showcase the beauty and diversity of the area, and potentially bring people from around the world. With an extra-long sledding season, a snowmobile race seemed a perfect fit. The inaugural event was held in 2006 with fifteen teams of two riders, racing from Labrador City to Churchill Falls and back. This 1200-km trial event proved to be a huge benefit for everyone involved. Since then, Cain’s Quest gained support and prestige within the snowmobiling world. And with 38 teams registered (36 showing online) for the 2023 race it’s clear that Cain’s Quest is a success at this point! 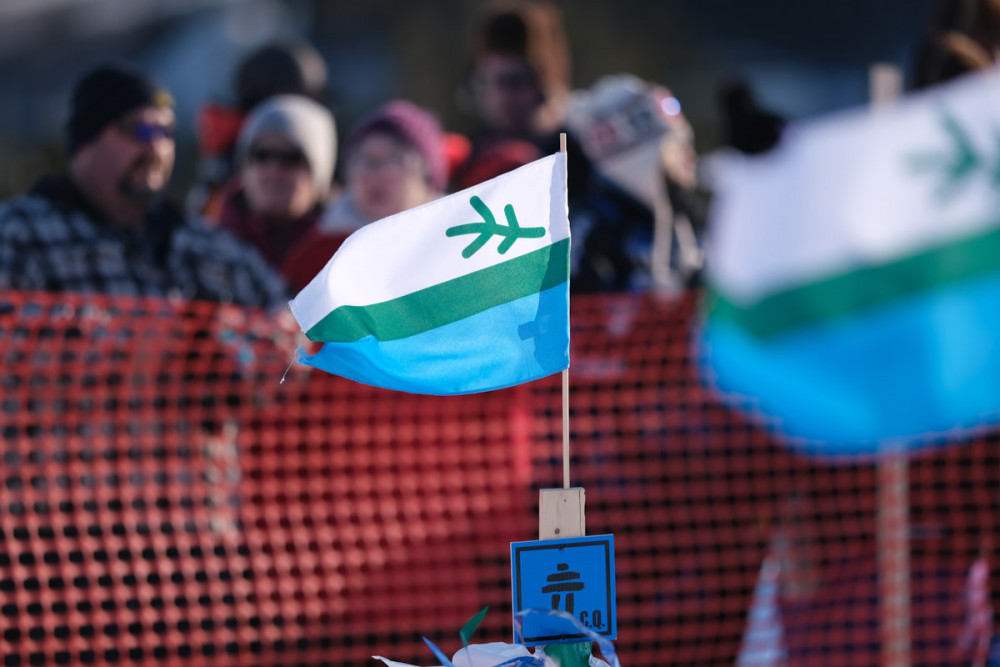 Cain’s Quest is a snowmobile endurance race that pits man and machine against nature like no other event in the world. The 2023 race starts on March 4, and will cover approximately 3500 km through the wilderness of Labrador. Teams will line up on Saturday morning and set out from Labrador City. From here they head west to Rigolet, south to L’Anse au Clair, then north through Northwest River to Nain, before heading back to Churchill Falls and Labrador City. They will go through a total of 18 checkpoints to complete the event. Many of the checkpoints are accessible only during the winter by ice roads or snowmobile trails, and in summer months by ferries from other coastal communities. However, racers may not use the ferries unless it’s specified at a riders meeting. Furthermore, teams ride day and night unless they are at a mandatory stop. Teams may take any route to reach the next checkpoint. And for all parts, except mandatory stops, riders are on the clock. 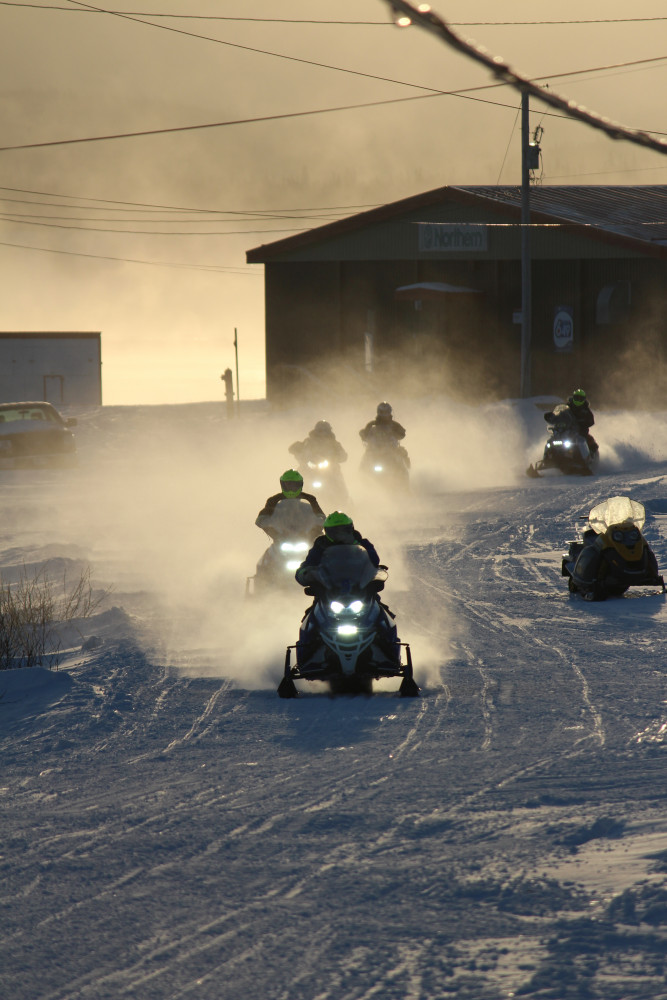 After Rigolet (pictured), there are no roads that join the communities and checkpoints. Although there are some winter ice roads, riders may not use them and are completely on their own.Photo: Cain’s Quest 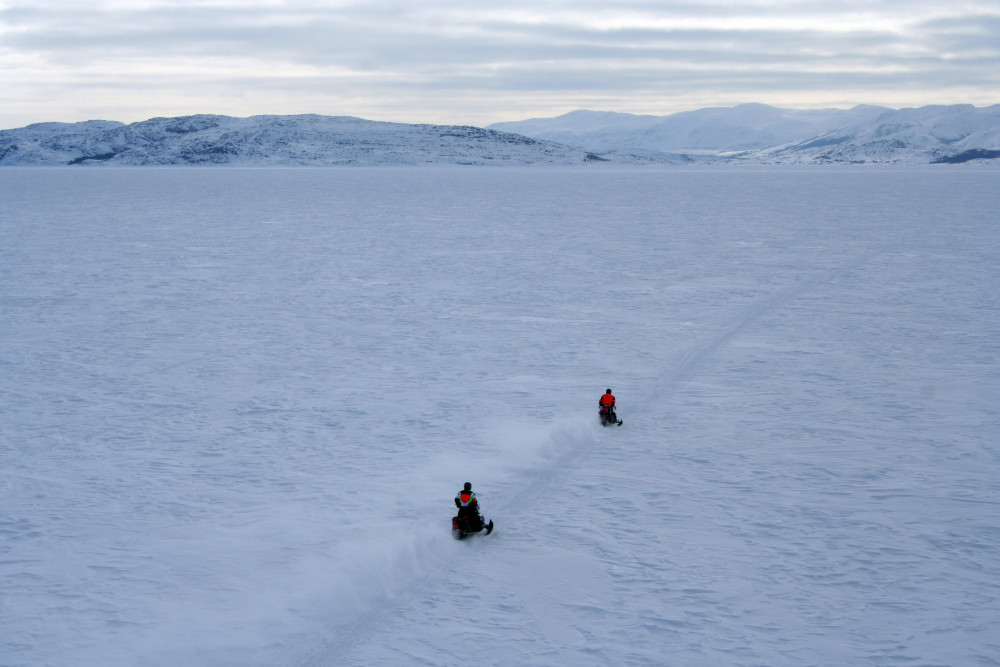 To learn more about the inside operations of this competition, I had a Google Meet with some of the Cain’s Quest staff members: Sarah Hensgens (Operations Manager), Eldon Wheaton (Logistics Coordinator) and Kelsey Drover (Administrator/Operations Assistant). Spending about an hour chatting with them enlightened me about the coordination and manpower needed to get this event up and running. The simple fact that this race has been growing steadily since it started in 2006 is a testament to the efforts of the staff and the Board of Directors.

“You need to be pretty well comfortable with any conditions that you might face. (This is) not for the faint of heart or the brand new snowmobiler. A lot of the racers have grown up in the area or have been using snowmobiles all their lives. There are some locations marked as hazardous or no go zones [like transmissions lines], … but the rest of it is, you figure out how to get there,” Hensgens told me. Although this is a race, it is not always the fastest that wins, she says. 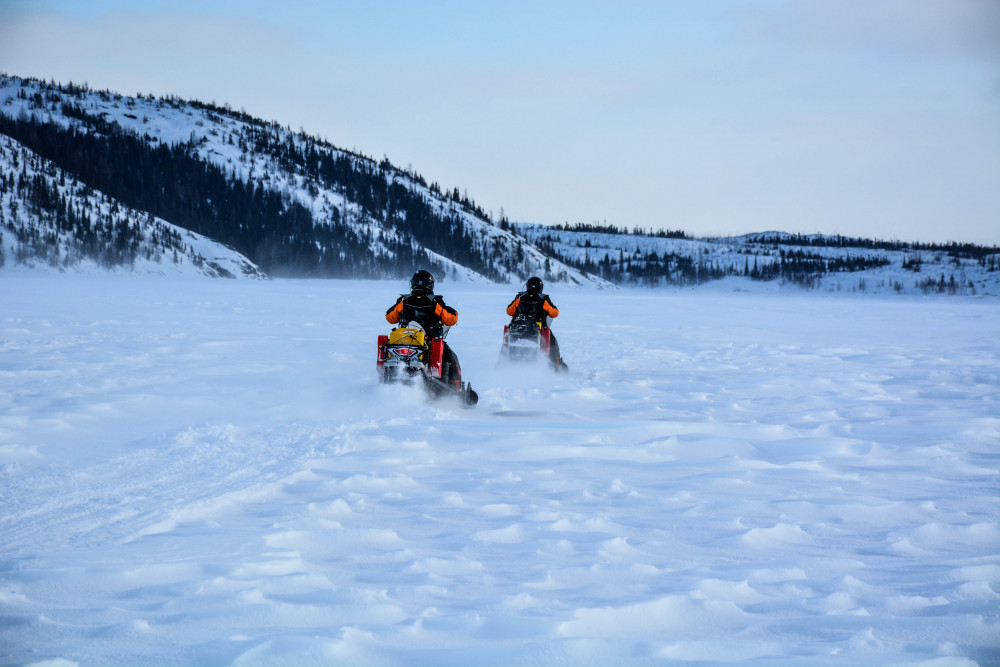 Eldon Wheaton (Logistics Coordinator) reflects on what is needed to finish Cain’s Quest, “The number one thing to be successful in Cain’s Quest is your state of mind. If you’re not comfortable with driving on a snowmobile 24hrs a day night and day, then don’t sign up. … Have a good navigator. The navigator is essential because we give a lot of GPS readings, but we don’t define where you have to travel… ” Photo: Cain’s Quest

If you have ever competed in anything, you know a certain attitude is needed if you want to win. You must have your head in the game. If you want to get in the mindset of this race, then read the rulebook. The 34-page resource is an excellent guide for the race. It covers everything from the registration process to picking a team number, to a list of items that you must carry. Understandably, safety is at the forefront of the creation of all the rules. For example, besides a satellite phone and tracker, each team member must carry an Arctic sleeping bag rated to at least -20°C. It must be evenly insulated and cover the person from head to toe. Racers must have proper Arctic clothing and waterproof snowmobile boots. They must also carry flashlights, tents, spare batteries that will work in the cold, and tow straps. Along with two days of food, they need at least 20 waterproof matches and a stove, with fuel that is guaranteed to start in windy, sub-zero temperatures. So, yes, this is a race, but you must not simply face other riders—you must also be ready to face extreme unknowns.

If the idea of riding through day and night in the bitter cold of Labrador is not your thing, you can still follow the race online if you’re curious. Each team member is equipped with a satellite tracking device. This enables live tracking, available for both Apple and Android devices, on the Yellow Brick app. Devices are pinged every ten minutes until the racers are within 50 km of the town, when they are pinged every two minutes. Cain’s Quest also has a chopper with a paramedic and a photographer, doing double duty for safety and media!

The teams descending on Labrador this year include people from near and far… Newfoundland and Labrador, Québec, British Columbia and Alberta, and even racers from overseas. Cain’s Quest is known internationally and has had teams from Finland participate in several races. Teams from Sweden, France and Alaska have also joined the fun, along with other teams from snowy US states along the eastern and western seaboards. The 2023 race features 37 rookies, and 35 seasoned Cain’s Quest veterans (see racers listed here).

The 72+ snowmobiles arriving in Labrador City vary through all the types with 46 Skidoo (Bombardier Recreational Products), eight Polaris, eight Lynx, six Arctic Cat, and four Yamaha (Lynx is a Finnish brand, manufactured by Canadian company BRP). They vary between 2- and 4-stroke and most are within the 800-850 cc range. On most teams, both members have the same sled as each other, enabling sharing of tools. Most snowmobiles are two to three years old, with well over half the field on a 2023 machine and one team on matching 2017 Arctic Cats.

Cain’s Quest would not be where it is without the tireless drive from the staff, board of directors and the massive force of 300-500 volunteers supporting them. Each checkpoint has a couple of official Cain’s Quest volunteers who coordinate activity within their area. Internet service is available at each of the stops, enabling everyone involved to connect with their teams, the rest of the world, and race headquarters.

And should you decide that this is the year you will travel to Labrador, Cain’s Quest website has a comprehensive list of places to stay, and restaurants and bars along the route. However, be warned, these small towns are not used to the large influx of tourists and getting a place to stay during the race may be a challenge. So if you’re going to do it, get on it—the sooner you plan, the better chance you have of getting your accommodations and other details sorted out. 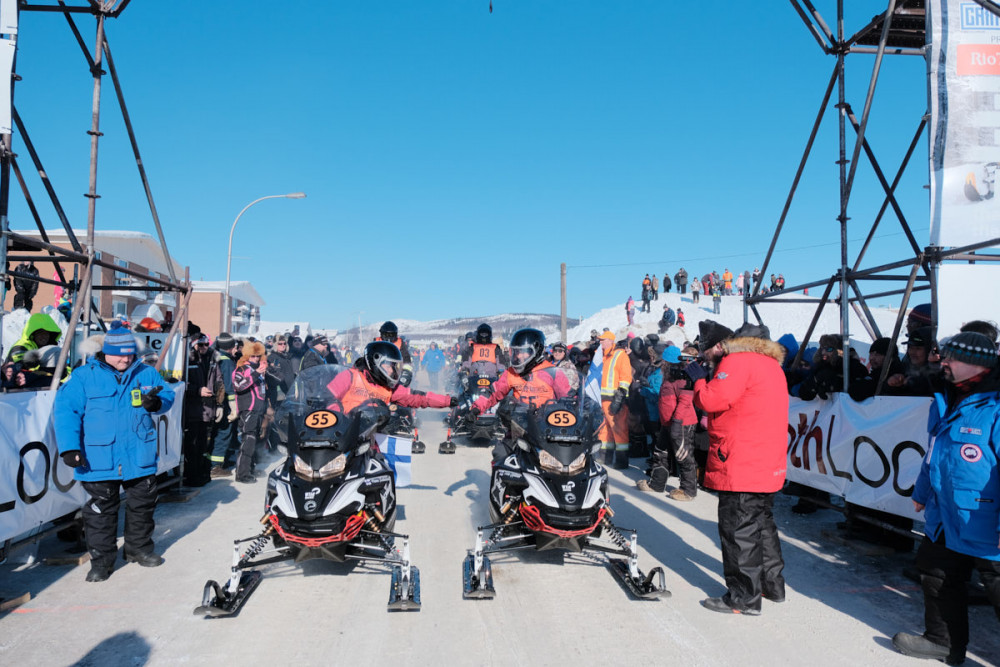 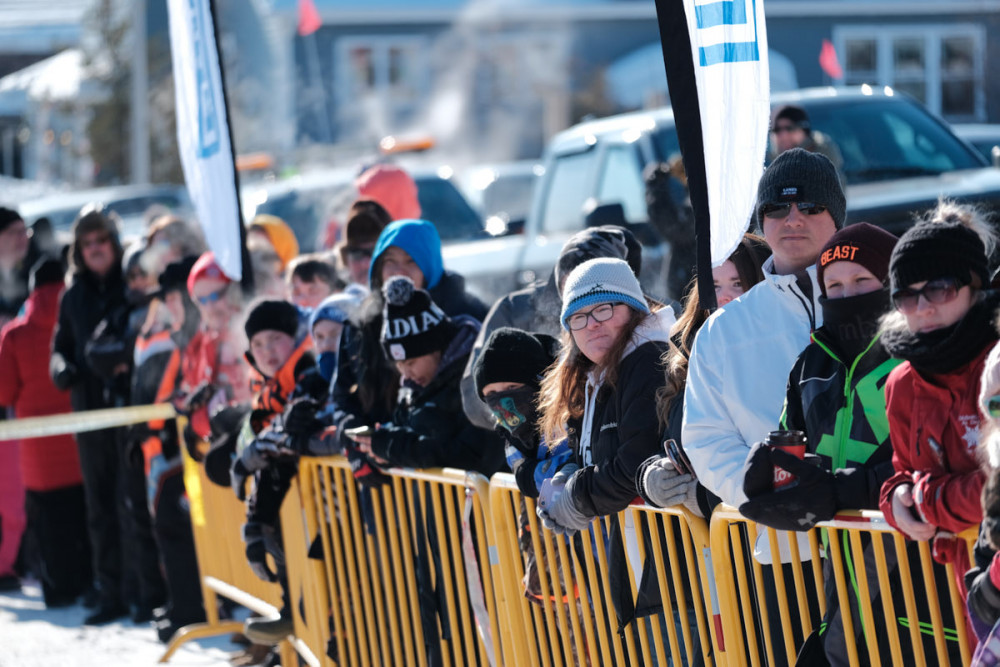 A large part of the race is each team’s ability to ride and surpass the challenges they face as they cross Labrador. But another component is fan engagement. At the Express Community Checkpoints all racers will stop for meet and greet time with fans, fulfilling Cain’s Quest’s mission, “to showcase Labrador and unite its people.” Photo: Cain’s Quest 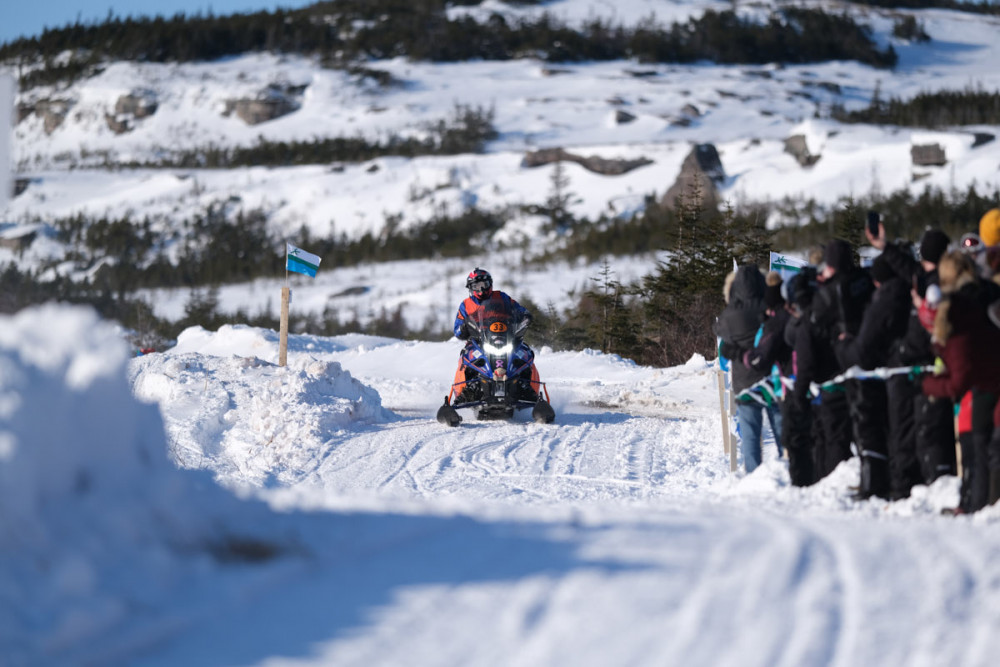 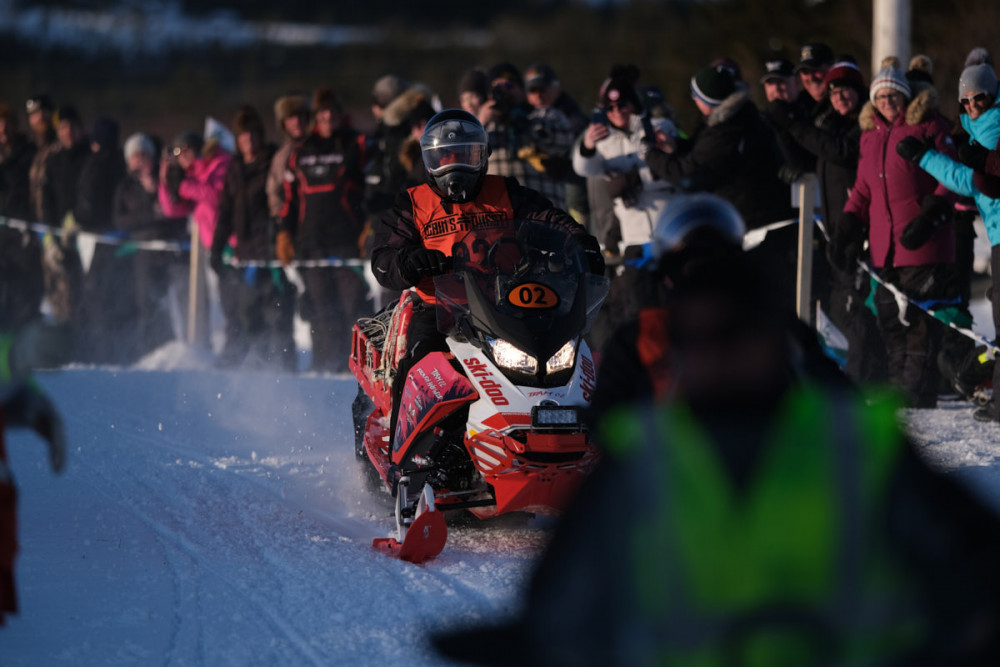 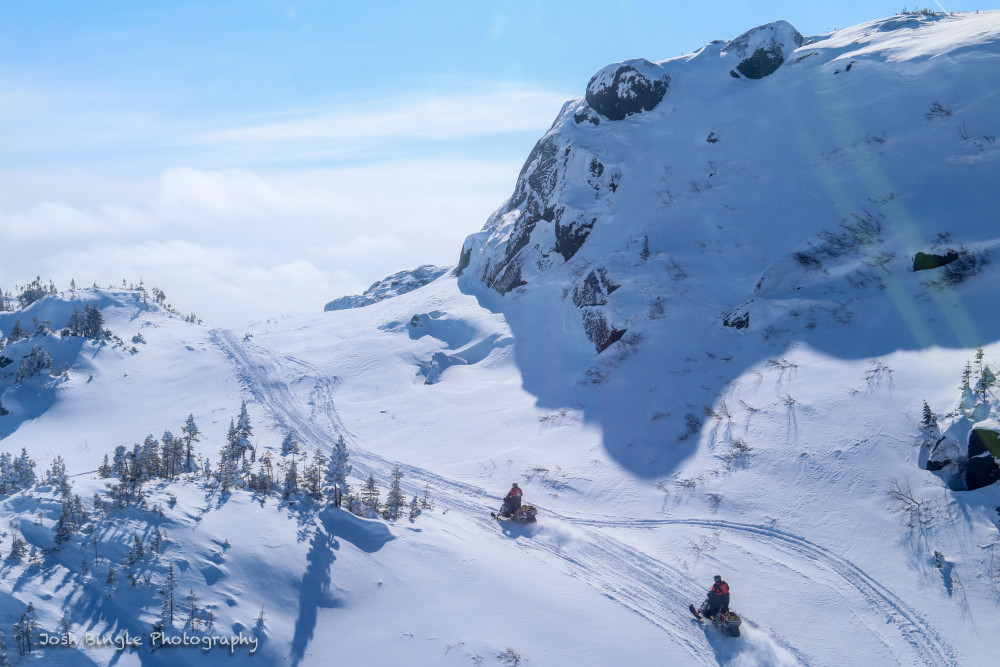 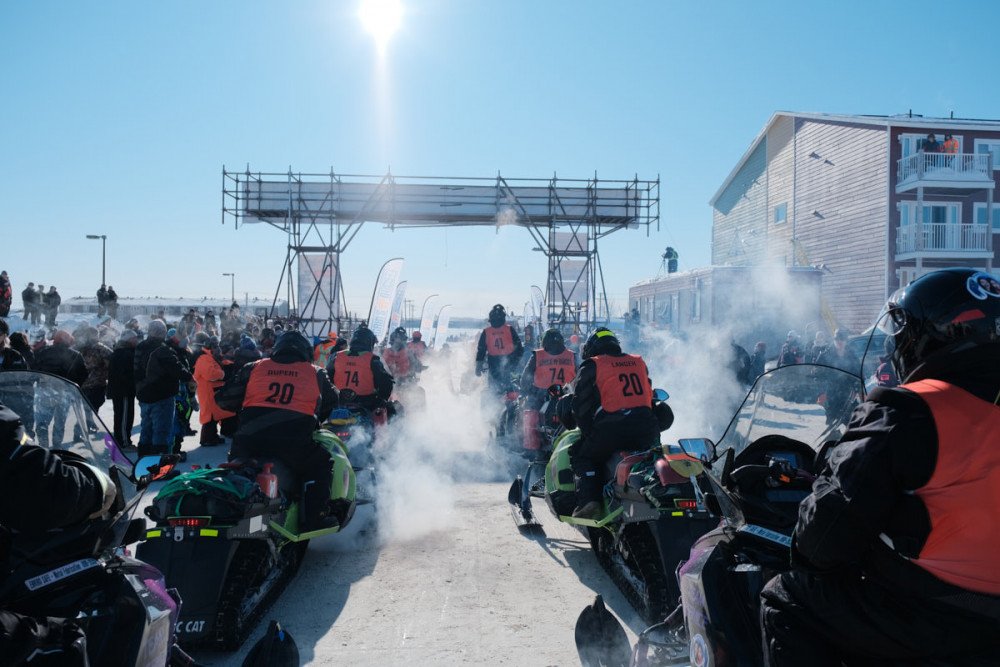 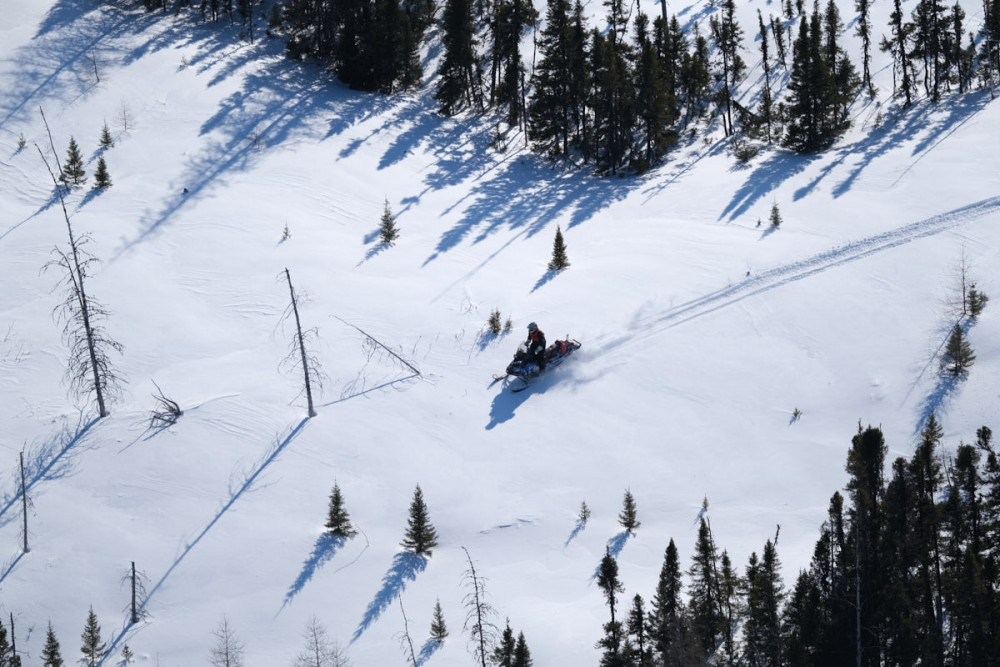 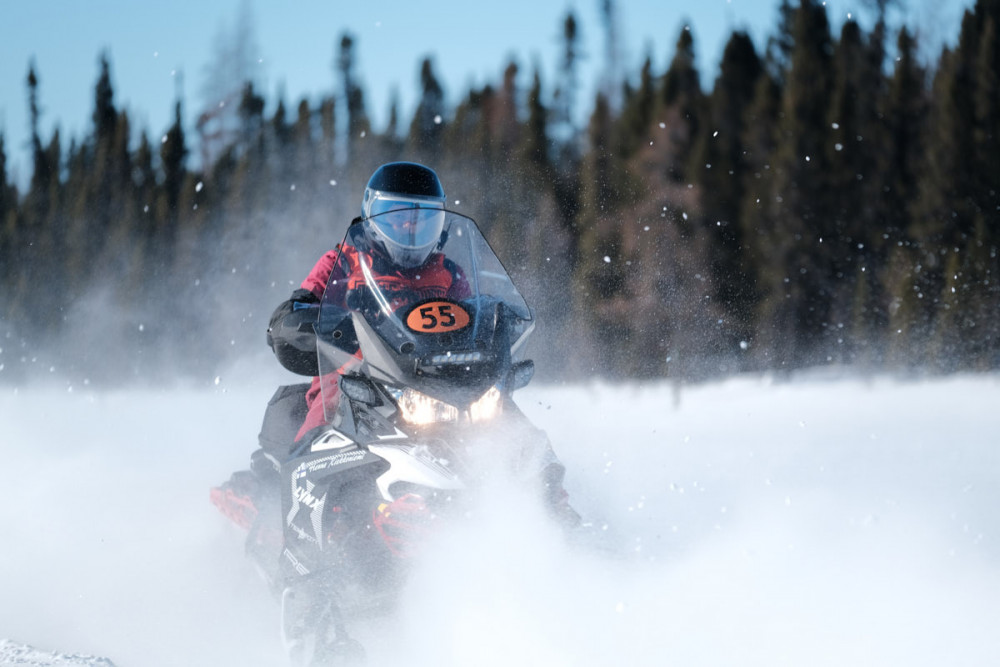