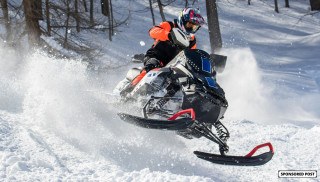 Why snowmobile belts fail and how to take care of them

There’s a case to be made that – short of the scattered mechanical failure – keeping a snowmobile belt from getting shredded is the responsibility of its owner. We’ve all had to deal with a thrown belt or three in our riding experiences, after all; that’s why many snowmobiles are built with a handy spare belt holder right there under the hood.

Any snowmobiler worth their bogie wheel bearings has had to deal with this problem. Whether the issue is caused by ample throttle use or a lack of basic maintenance is usually dependent on one’s style of riding and vehicle upkeep.

But we’ll tell you this much: throttle use is generally the culprit around here when it comes to snowmobile belt failure.

The crew at Gates know a thing or two about belts for snowmobiles, getting their start in Colorado over a century ago before going on the become a leading manufacturer of parts and performance items. Rather than simply cranking out the same type of belts for all applications, they’ve invested in research and development, leading to the creation of their new G-Force RedLine series of CVT belts. They feature a unique compound which adds stiffness to the belt, enabling it to run at higher loads for longer amounts of time. 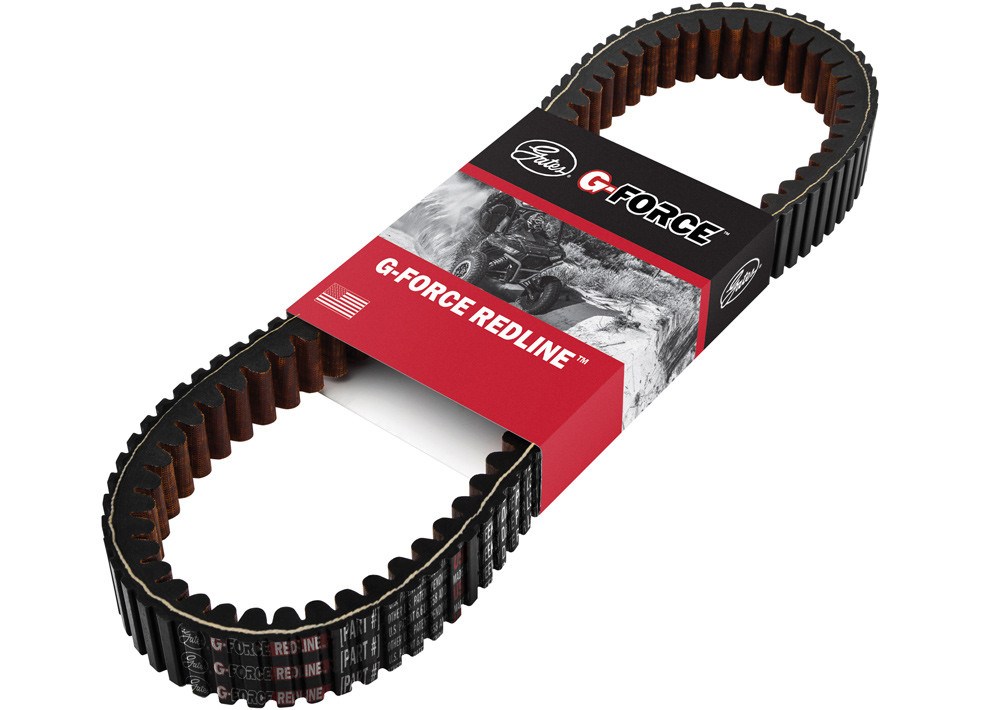 In other words, these G-Force RedLine belts are exactly the type of product you want on your machine while you and your buddies are tearing across frozen lakes at maximum speed.

But why does snowmobile belt failure occur in the first place? Gates has identified several distinct failure types, most of which are shown in the graphic below. However, the exact cause of these breakdowns can be grouped into distinct categories, including the main reason for our group of riders: excessive throttle use. 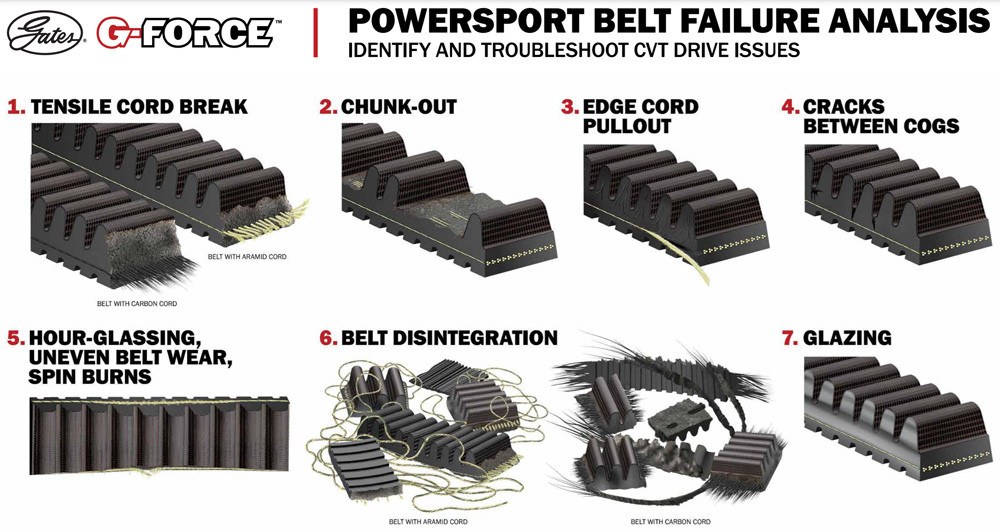 We’ll start here because it’s a common but also easy-to-remedy problem. Sudden and aggressive engagement RPM can cause what is officially known as a ‘tensile cord break’. To most of us, it’s simply called ‘ripping the belt in half’ (or some other phrase that’s not suitable for publishing). Good quality belts, like the Gates G-Force RedLine, are strengthened with carbon or aramid cords – but even the hardest of materials is unlikely to withstand boneheaded throttle use.

Snowmobile belt disintegration, on the other hand, is a failure which occurs when a belt has broken apart into many pieces. This can happen thanks to repeated shock-loading (repetitive on/off deployment of full throttle) or excessive belt speed. Intense heat buildup caused by extreme driving conditions, such as being bogged down is deep snow, can also cause this issue. If your snowmobile belt is wearing unevenly, the cause can sometimes be identified as a product of wide-open get unstuck now throttle behavior. In rare instances, it can also occur if a machine is left idling for extended periods.

Believe it or not, some belt problems can be traced back to how they’re stored after being cranked out of the factory. While it’s true there isn’t much a person can do about how belts are handled by the fresh-faced teenager manning a parts department, we can take some care after taking the thing home – especially if it’s being kept as a spare instead of being immediately installed on a machine. You do keep a spare belt in your rig, right? Right?

There’s never a good reason to turn a snowmobile belt inside out, at least not one that has to do with proper storage of the thing. Back-bending doesn’t help, nor does twisting it into new and interesting shapes while trying to force it into a too-small storage compartment. Keeping a spare belt clean seems obvious but isn’t always top of mind, so give it the once-over prior to hitting the trails.

Not all snowmobile belt failure problems are a result of caveman-style driving. Improper maintenance, or a complete lack of it, can cause a world of issues. A phenomenon called ‘chunk-out’ doesn’t simply refer to gaining weight over Christmas; rather, the loss of belt ribs can happen if a belt is improperly installed, or back-bent while being put on the machine. This inattention to detail can create tiny cracks in the rubber surface, causing some of the cogs/ribs to make a bid for freedom. This will leave gaps and spaces on the belt, which contribute to all sorts of operational problems. 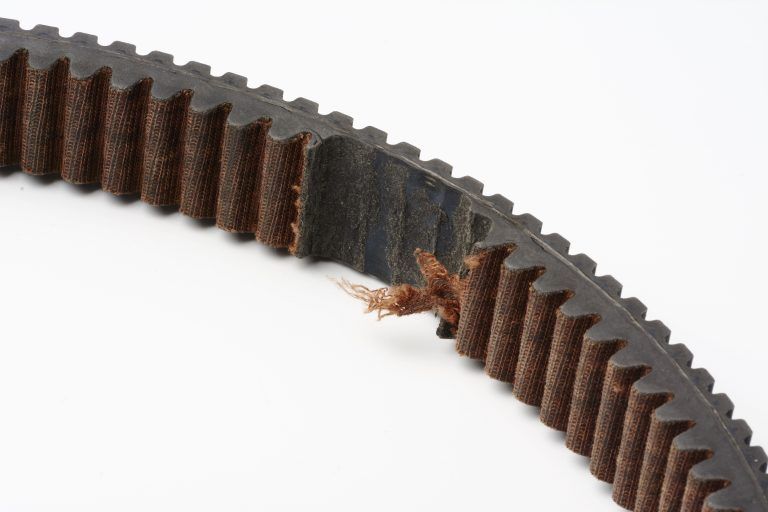 It is alarmingly easy to unknowingly stress a snowmobile belt in this manner during installation, given the contortions required on some engines to wrestle a new belt into place. Similarly, any cords that appear on the edge of your belt can also be chalked up to improper installation, perhaps by a clutch misalignment or incorrect pulley angles. Cracks between the cogs are a sure sign of a belt that’s old enough to collect its pension, or one that was bent into creative shapes during very cold weather.

To learn more about Gates G-Force RedLine series, click here, then visit Navigates.Gates.com to find the right Gates belt for your vehicle.