The snocross arm of Christian Brothers Racing headed to one of the premier events on the national schedule, the Canterbury Snocross in Shakopee, Minn. Seen by many as the birthplace of modern day snocross, Canterbury is located just outside the Twin Cities metro area and typically draws one of the largest crowds of any of the races on the schedule. CBR riders fought a fine, wet snow on Friday and frigid temperatures on Saturday on the way to racking up a winning weekend.

The DRIFT Racing/Arctic Cat of Logan Christian was at the front of the Pro Open pack all weekend, but a couple bobbles in the main events affected Christian’s finishing position. He ran as high as third on Friday and fifth on Saturday, but settled for sixth place and 14th finishes.

After tallying his highest Pro Open finish to date at the last race in Bessemer, Mich., David Joanis won the LCQ and put the Royal Distributing/Arctic Cat on the back row for the start of the main on Friday. Joanis got tied up with another sled during Round 2 of heats on Saturday but had to pull out of the LCQ because his snowmobile was too badly damaged to be repaired in time. 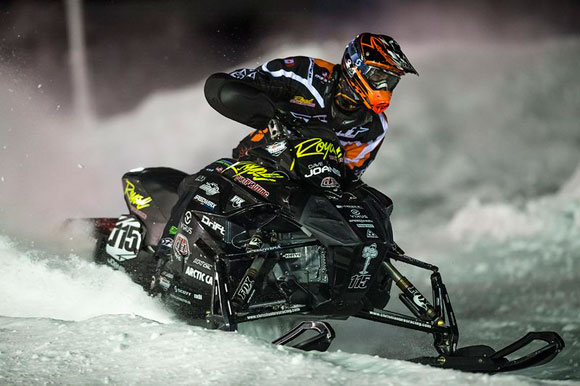 “Canterbury was a tough track. It was long and you really had to hit your marks to put in good laps,” says Joanis. “Our Royal Distributing/Arctic Cat was working great and all in all we had a good weekend. There’s a lot of time before the next race so we’ll be ready.”

Marica Renheim kept her unbeaten streak alive at Canterbury. She got the holeshot in the Pro Am Women main and ran away with the race, putting a huge gap between her Polarbear Boots-backed Arctic Cat and the second place finisher. It is the Swedish rider’s third win in a row. 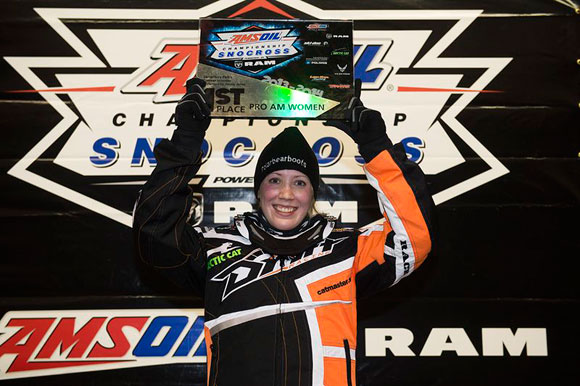 “It feels really good to start the year off with another win,” says Renheim. “I plan on training hard and racing a regional to prepare for Deadwood and I am hoping to be put the Polarbear Boots Arctic Cat on top of the podium again.”

Evan Christian continues to pick up the pace in the Junior Novice 10-13 class. Christian went 5-5 in heats on the massive Canterbury track and logged a 10th place finish in the final.

CBR cross-country riders Zach Herfindahl and Brian Dick headed to the Minnesota resort destination town of Detroit Lakes to compete in the USXC J&K Marine Beach Bar 200. Like the opener at Pine Lake three weeks ago, Detroit Lakes is an ice lemans-style event held on the frozen surface of Big Detroit Lake in downtown Detroit Lakes. 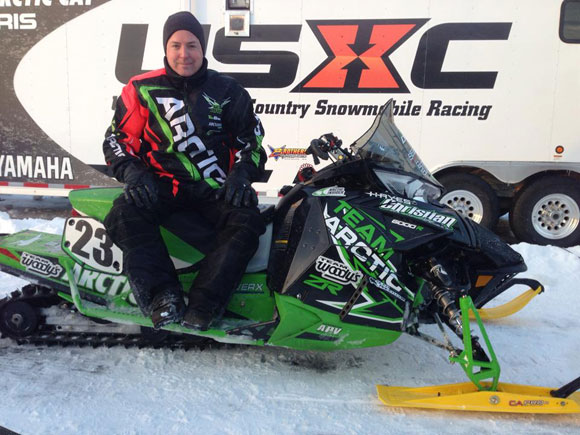 Proving once again that he is the master of the ice, Dick came from second place to pass his teammate Herfindahl and take the win in the Pro 600 race. Dick set the fastest lap time of the day with nine-minute, 44-second run around the twisty ice course.

“We found a great setup for Detroit Lakes and our Arctic Cat snowmobiles were really working good. It feels awesome to get the first win of the season,” says Dick.