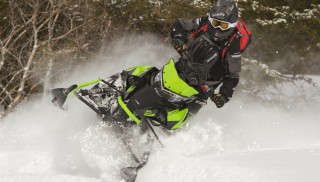 This writer’s edgy skepticism and frequent out right cynicism has been hard-earned over decades of following the ups-downs-ups and more recent ups and downs of the snowmobile industry. Earning this Master’s Degree of skepticism meant surrendering a young writer’s base naiveté early on. In my early years as a snowmobile writer, I discovered that too often you needed to set aside the belief that what snowmobile manufacturer representatives said was gospel truth.

What could cause that? How about sitting in a springtime Chicago-area meeting of Chaparral snowmobile dealers and hearing upper management promise a big and bright future for them based on the excitement of the all-new liquid-cooled, high-performance 1974 Chaparral. But by autumn those same corporate cheerleaders announced Chaparral had totally gotten out of the sled business. Thank you, dealers for your loyal service.

Then there was the time that a test editor reviewed a Massey-Ferguson and had tape recorded comments from the project’s marketing manager that were used in the review. Despite the fact the words the Massey spokesman had said were played back to him as the basis for quotes in the story, he denied ever saying them. It was his voice and he did admit that. But, even so he threatened to affect future advertising buys if the story went to press with those disputed remarks. Understandably, not too long after, that company also got out of the sled biz, despite having Scorpion build a “me-too” series of sleds with the Massey-Ferguson name. 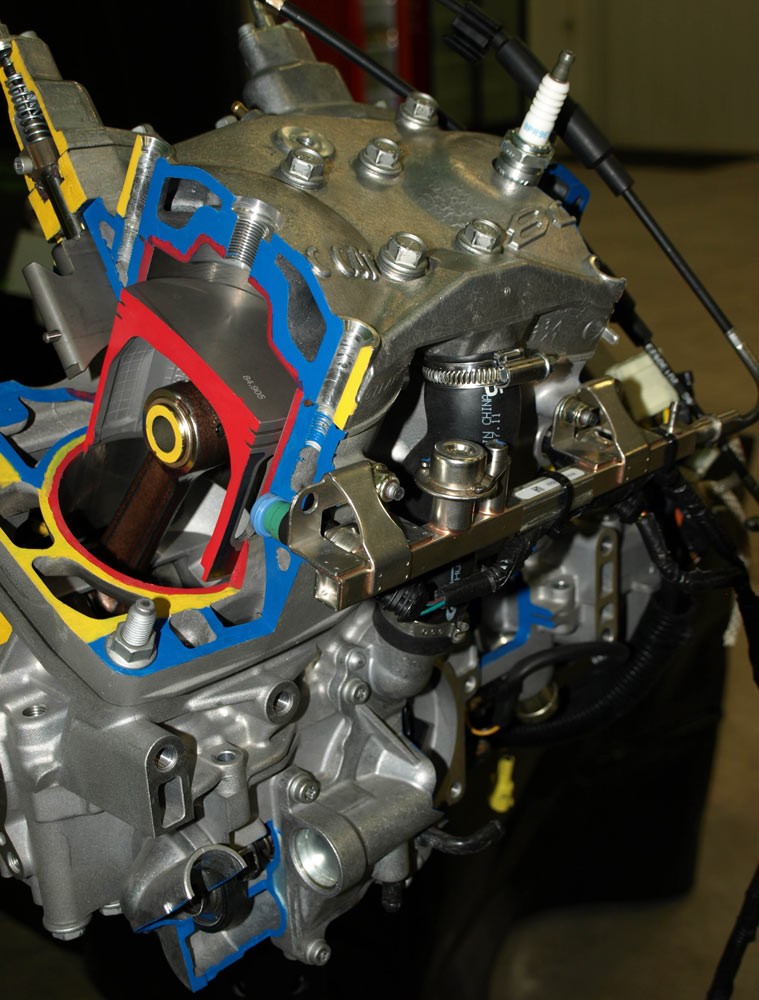 Arctic Cat’s new 800cc CTEC2 will power a number of 2018 models and be produced at Cat’s St. Cloud, MN facility.

Those were just a couple of my favorite incredible occasions that helped create a too often cynical viewpoint. But, as comedian George Carlin once noted: “Inside every cynical person, there is a disappointed idealist.” Of course, when asked to give a nightly weather report he said simply: “Weather forecast for tonight: dark.” Is that ideal or pessimistic?

I prefer to see myself from the idealist side, from the optimist side – believe it or not. Why else would someone look to create a snowmobile publication when there were already too many, or one of the first-ever snowmobile websites when few existed, or a snowmobiler’s radio network from scratch with minimal resources. Stupid optimism worked as that publication grew to be number one in its market niche, the website became prominent and the radio network reached more than 100 snow country stations with nearly one million listeners. All of this transpired over decades, during which this writer watched as the 30 viable snowmobile manufactures that had been around when he started dribbled down to just four. We had concern that it could be just two – Ski-Doo and Polaris. But based on recent actions by Textron, the new owner of Arctic Cat since January, we are extremely optimistic that four sled makers will continue for the foreseeable future.

Our wildest optimism comes as a result of our belief in a Star Wars Yoda-ism: Say not. Do! Since the Cat purchase, little has been said by Textron or Cat. Until recently.

We figure that little could be said until the take-over was complete and Textron needed time to structure a future for its various powersport entities. Recent announcements by Textron spokesman Brandon Haddock provided insight about how Arctic Cat figures into Textron’s Specialized Vehicles concept. Arctic Cat will gain added production as Textron Off-Road moves its Stampede side-by-sides to the manufacturing facility in Thief River Falls, Minn. While Textron will close Cat’s Minneapolis headquarters, it will offer relocation of its 60-something staff to either Thief River Falls or the engine facility in St. Cloud, Minn. 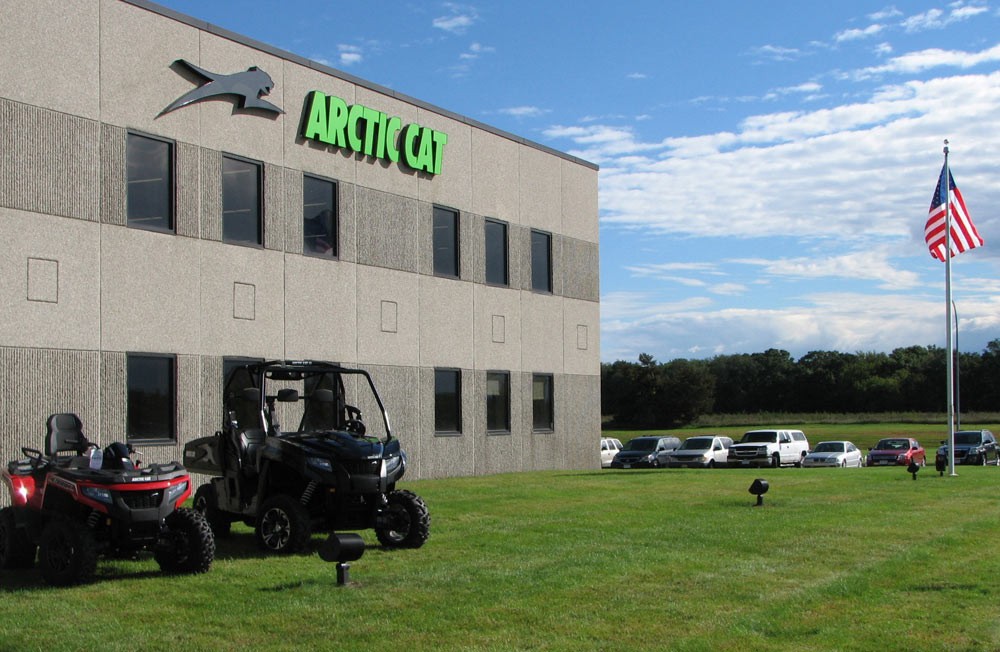 Shutting down Cat’s Minneapolis headquarters will move some staff to the St. Cloud facility, which was expanded in September 2016. Textron also announced that it will move engine manufacturing of the Stampede’s 850cc four-stroke twin from Germany to St. Cloud.

Not only will the Cat engine facility in St. Cloud continue turning out the new 800 and 600 C-TEC2 two-strokes for Cat sleds and various displacement four-strokes for Cat (now known as Textron Off-Road) wheelers, but Textron announced that it will move manufacture of its Stampede engine from Textron Motors in Germany to Minnesota. 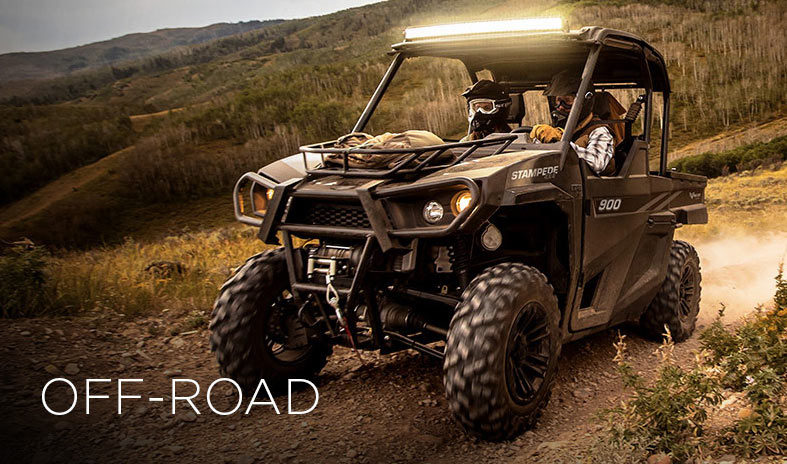 Textron announced that it will move manufacturing of its Textron Off-Road Stampede “wheelers” to Thief River Falls, MN, lengthening the manufacturing season there.

Having attended the grand opening of the refurbished and expanded facility in St. Cloud last September, we can see how that plant can be expanded even further to accommodate more staff, both marketing and engineering support. In addition, we learned at that event of Arctic Cat’s plans to build a separate “wheeler” research and test center literally across the road. But, when we chatted with Cat engineers at the early winter “sneak peek” of 2018 sleds, we asked how that test center was coming along. Well, like many things at the pre-Textron Cat, it wasn’t happening. As we’d later discover, Cat suffered from severe under capitalization. Textron doesn’t.

Based on that information, we fully expect to see Arctic Cat again becoming a strong and very viable brand competing in all sled niches, especially the deep powder segments. We suspect that Cat engineers already have working concepts of things they know will work, but just didn’t have the financial means to get there.

Aside from sheer financial strength, other tidbits have been coming out that even this skeptic sees as extremely positive for Arctic Cat and Yamaha – but, perhaps, not so good for Ski-Doo and Polaris. Why shouldn’t Yamaha be as concerned as Ski-Doo and Polaris? Because Erik Nelson, the head of Textron’s snow and international group but also former snowmobile general manager at Arctic Cat, indicates that Textron/Cat fully intends to step up its relationship with Yamaha. Right now Cat and Yamaha team up to offer the most powerful and arguably the fastest sleds on the snow – Arctic Cat Thundercat and Yamaha Sidewinder turbos. At the low end of the power spectrum, the two companies paired to create a new breed of 200cc value sleds, the ZR200 and Yamaha SnoScoot. This all bodes well for Yamaha, which can continue to offer in-demand Cat-bodied sleds with high-performance Yamaha power under the Yamaha brand. 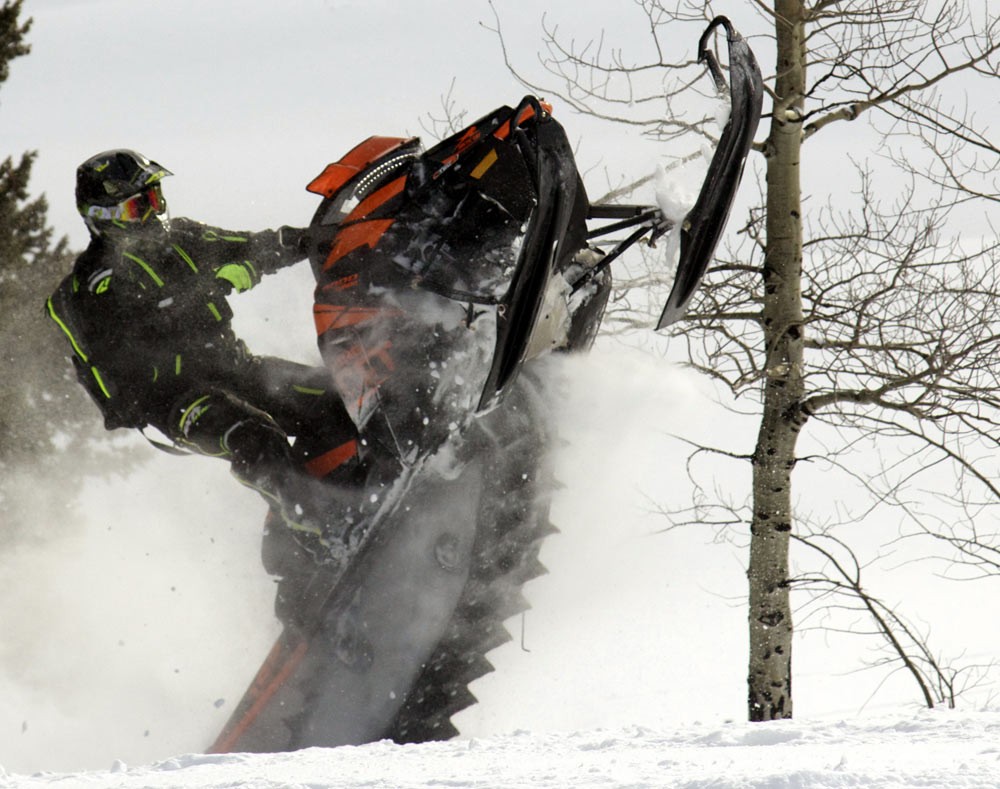 Cat’s partnership with Yamaha will continue under Textron’s tutelage and will likely grow beyond turbo sleds.

What we have here is an alignment of the two deepest pocket sled makers taking on Ski-Doo and Polaris. Ski-Doo’s parent BRP listed its 2016 revenue at CA$3.8 billion (or just under US$3 billion). Polaris reported its 2016 revenue at US$4.5 billion. On the other hand, Textron (2016 annual sales of US$13.8 billion) and Yamaha (2016 annual sales of US$13.2 billion) each represent more financial clout than Ski-Doo and Polaris combined. With Textron and Yamaha working together, they enjoy nearly four times the combined financial resources of the other two sled makers.

There has already been notice that Textron Off-Road has plans for a performance sport wheeler that utilizes a 998cc triple. Sounds Yamaha-like to us track people and the rumored specifications of the vehicle suggest a Textron Off-Road branded version of Yamaha’s YXZ. 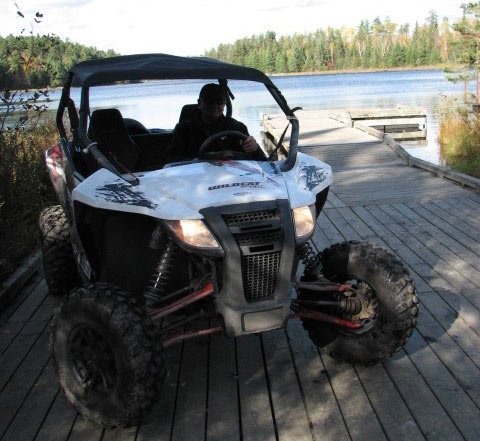 Under Textron, Arctic Cat’s wheeled products like the Wildcat side-by-side will move to Textron Off-Road while the snowmobiles will remain under the Arctic Cat brand.

Despite decades of hard-earned skepticism, we are truly optimistic. Maybe we’ve fallen back into our long-ago naiveté, but the future for Cat seems truly positive. The new company brings capital, new direction, incredible pieces of technology and overwhelming corporate-wide synergies. The fact that Textron is poised to invest in both of Cat’s existing facilities in Thief River Falls and St. Cloud by moving products to them that extends the manufacturing season for Cat employees has to be a good thing. From our perch, we see a bright future for Cat that may be scary and cause indigestion for the competition.

Just from a snowmobiler’s viewpoint, optimism for Arctic Cat has to be a given as Textron/Arctic Cat, as Yoda might say, is doing, not saying!