50 Years of Snowmobiling and Counting 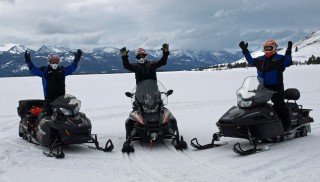 The more things change… the more they stay the same

I first began snowmobiling in the mid 1960s and started writing about them and the sport in 1973. That means that since the 1970s to today, I’ve ridden virtually all of the most significant sleds in the sport’s history. There have been some wonderful memories created during that time as well of people, places, sleds and unique experiences.

Don’t get me wrong, I’m not one of those old guys longing for the “good old days.” Quite the opposite and to the dismay of my vintage sled loving peers. They may like the idea that snowmobiling in the old days was better, simpler, more fun. Don’t spin that tale to me. I lived those good old days and they weren’t so great. They were interesting without doubt.

Give me a modern 2018 snowmobile of any design, power or niche. The chances of a modern snowmobile falling apart in the first 25 miles is remote. When that 1970 Ski-Doo TNT 399 stopped out in a New Hampshire hayfield leaving me to walk home in the track that I’d made myself is still remembered. 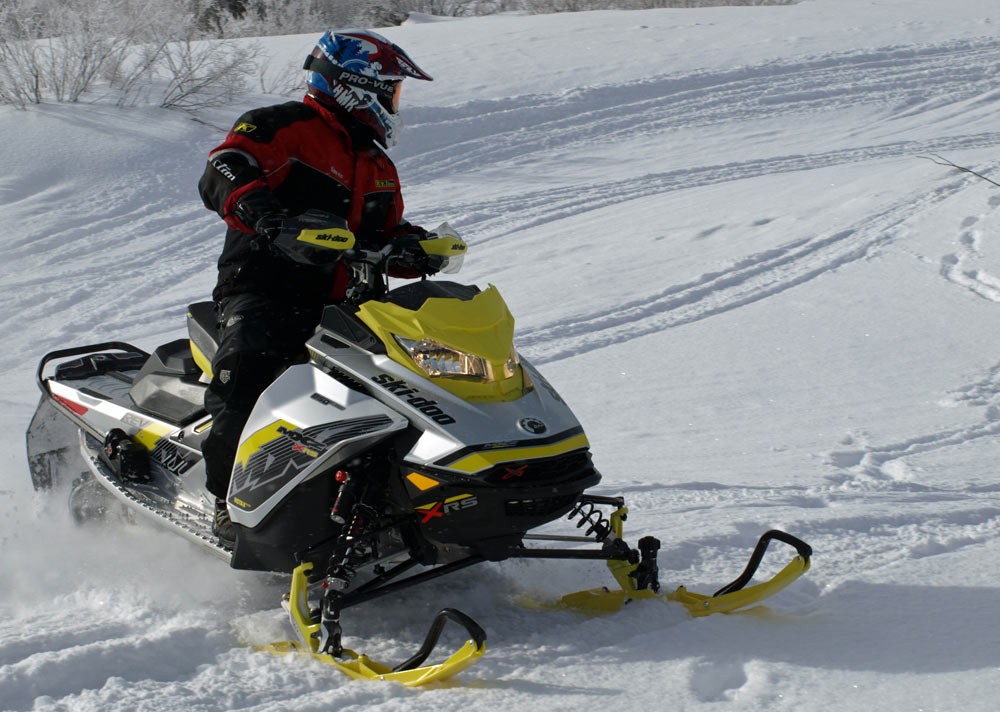 Some things change, but not the fact that the Ski-Doo brand is Number One like it was in the earliest days. New REV platforms, the power of the Rotax and clever engineering count with buyers.

Or, the time when we knew that we’d picked up a finishing spot in a 1960s cross country race because we saw the black ribbon of a competitor’s track and knew he was out of contention. Those were the good old days. They were fun.

Then when we started writing about the sleds, we were surprised at how primitive some of them were. Most had powerplants that easily – and dangerously – overpowered the brakes, which tended to be simple scissors action, band pull and occasionally disc type. Sleds from those times were truly loud, rivaling jets at flyover. Handling relied on riders hiking far forward and to the side to get the skis to bite. Suspension travel tended to be minimal and damping was the job of coil or leaf springs and oil-hydraulic shocks. Seat foam in the early years sucked up water, making them as pliable as an ice block. There were no hand or thumb warmers. Heated seats? A modern invention pioneered by Arctic Cat

In fact, Arctic Cat pioneered a number of significant snowmobile “tricks” that became uncredited (to Cat) standards. The most obvious Cat contribution was the slide rail suspension used on the Panthers of the 1960s and copied to a degree by most every other maker not married to bogie wheel designs. Cat also used lightweight aluminum and rivets in the construction of its sleds. Plus, Cat moved the engine off the tunnel and out over the skis for better overall balance and greatly improved steering and handing. 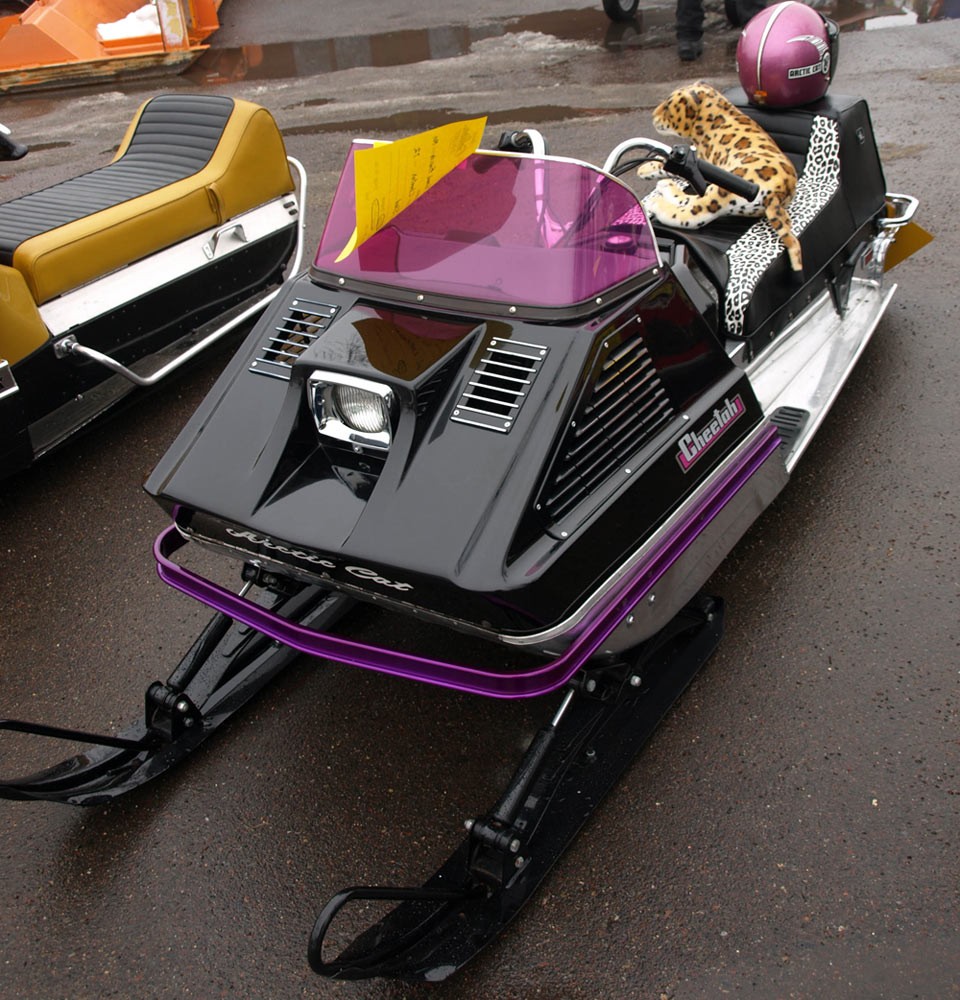 Arctic Cat challenged the status quo in the “good old days” by creating a successful parallel rail slide suspension, aluminum construction, engine in the front, and innovative models like the Cheetah.

In those early days, there were two schools of sled design. One was to replicate Ski-Doo’s best-selling Olympiques. The other was to create an Arctic Cat-like sled or improve on it. Makers such as Scorpion borrowed from both schools, creating a unique para-slide and para-rail suspension that offered the more controlled ride of a parallel rail suspension, but with free-rolling bogies for marginal snow.

Because Ski-Doo sleds sold in the greatest volume, big money but new to the sport entrants like John Deere and Yamaha copied them. Though Deere used a cleated, not rubber track. Yamaha was its own engine builder and brought oil injection to the sport in sleds that were light, nimble but based on Ski-Doo designs. 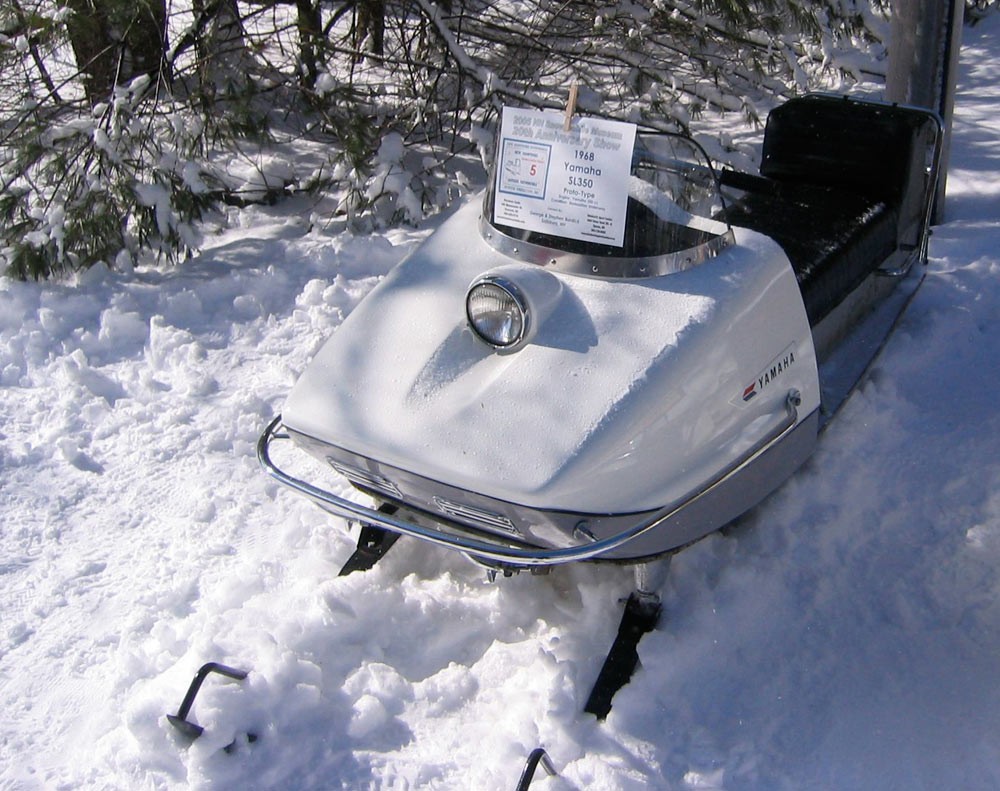 Yamaha was its own engine builder and brought oil injection to the sport in sleds that were light, nimble but basically based on Ski-Doo concepts.

Eventually Cat gained serious traction with snowmobilers, especially in the Midwest where cleated tracks chewed through deep snow and that Cat suspension bounced way less than Ski-Doo’s bogies. These two schools of sled design merged somewhat as Ski-Doo moved its drivetrain out over the skis, created good slide rail suspensions and Cat evolved to rubber tracks and found singular power sources moving from Kawasaki to Suzuki.

Those were the days? Not for this rider. The sleds broke, but often because the trails were extremely rough. They were disconnected and only existed at all due to the pioneering spirit of those early gatherings of folks who enjoyed motorized recreation and sought to make it better. They have. 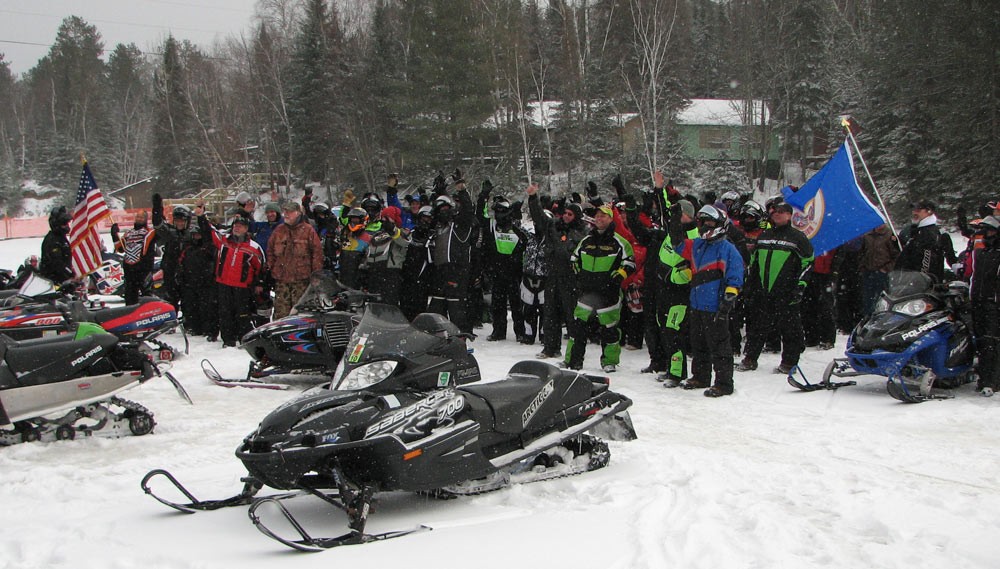 Just as in the good old days, the basics of a sled, a following of enthusiasts making a place for the sleds and group rides continues on.

Writing about the sleds and the sport has been wonderful. To witness firsthand a sport and industry that nearly imploded numerous times but managed to gain in support by a group of cold weather out of the mainstream followers has been a privilege. Snowmobile brands have come and gone, but we’ve had publications and chroniclers to tell the story of this sport, one that in 2018 looks mature and moving forward. That’s not to say the story is complete and without challenges.

In the Spring of 1973 I went to my first ever snowmobile test and photo session. It was in Houghton-Hancock, Michigan where more than 30 makers and the snowmobile publications of the day gathered. We rode those 1974 models through muddy snow, icy snow and actual snow. We weighed them, most all of them were lighter than today’s lightest models. We accelerated them, slow by comparison to today. We listened to them howl via a decibel meter, way louder than a modern sled. We enjoyed them. They were the best of their day.

Now 44 years later, this writer never found a more fun job. Still riding, accelerating and listening to the sleds. They’re much quicker to 60 miles per hour, faster, better handling, quieter and more refined in every way unimaginable to a test rider four decades ago.

There are the sleds, of course, but it’s how they can transport you to unique vistas counts.

Modern sleds aren’t as likely to breakdown and make you walk home. The trails of today are well-planned out, extremely well groomed and lead to gas stations, convenience stores, trailside pit stops, resorts and such. This was what snowmobiling was trying to be in the mid 1960s, evolving through the 1970s to 2017. The basics of a sled, a following of enthusiasts making a place for the sleds and the riders to travel continues on. Just like in the good old days. Now, though, the sport has grown up, hanging on to that myth but making it better.

As for me, just as in the mid 1960s I’m riding, seeking new trails and adventures, but at a more relaxed pace. Because as the French saying goes – “Plus ça change, plus c’est la même chose” – the more things change, the more they stay the same.