ISHOF heads to Wisconsin and a "green" idea to move sleds

As frequently happens in snowmobiling, small town ideas make big impressions. If you know your snowmobile history then you realize that three very small towns laid the groundwork for what has become a US$28 billion industry in North America. Who would have guessed that two towns — Roseau and Thief River Falls — in northwestern Minnesota would claim half of the world’s snowmobile industry? And a similarly diminutive hamlet in Quebec’s Eastern Townships — Valcourt — would host the number one selling snowmobile brand?

So, it comes as no shock that the village of Bovey, Minn., population 665, can stake a claim as the birthplace of the International Snowmobile Hall of Fame (ISHOF). Bovey’s own Elmer Cone devoted more than 20-years to creating an institution that has honored more than 70 snowmobiling pioneers ranging from the founders of Polaris, Arctic Cat and Ski-Doo to hard-working volunteers who laid the groundwork for today’s unique snowmobile trail system. Cone formulated a plan to honor volunteers and pioneers of the sport back in the mid-1980s. Then, in 1990, he arranged the first induction of honorees at what has become an annual event. 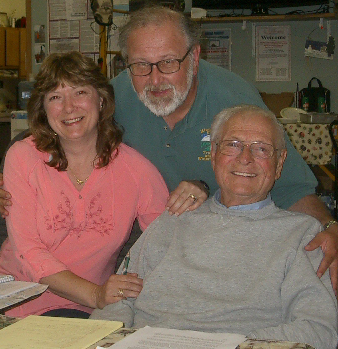 As a member of the ISHOF board of directors since 1996, this writer has become very familiar with Elmer Cone’s ultimate goal of establishing a singular place that honors snowmobiling. His vision called for a physical presence that would house not just the ISHOF inductees and some of their memorabilia, but also a snowmobile museum of historic and unique sleds, apparel and interesting products of the past. Of course, he envisioned this place in Minnesota, near his hometown of Bovey.

That part of Elmer Cone’s plan changed this past May as ISHOF joined with the World Snowmobile Headquarters (WSHQ) and relocated to Eagle River, WI. But, other than physical location, the ISHOF has exceeded Cone’s original plans. Snowmobile pioneers figure prominently in the WSHQ layout. Their plaques and images overlook more than 30 models of vintage snowmobiles that sit on a large museum area of the WSHQ. ISHOF’s honorees mingle easily with other significant chapters in snowmobile history. There is a room of famous racing sleds and gear on display and a wall of fame devoted to Eagle River’s World Championship racing legends. You can learn about Women on Snow and the Iron Dogs as you walk around the World Snowmobile Headquarters. This may exceed what Elmer Cone had in mind back in the mid-1980s as he formulated his idea and worked to establish an institution honoring snowmobiling’s pioneers. But this snowmobile headquarters, situated alongside busy Wisconsin Highway 45, is the place to view snowmobile history — just as Elmer Cone envisioned.

Endorsed and supported by the ISHOF’s board of directors, the move to Eagle River was completed this summer. Plans for the timing of the next ISHOF induction ceremony will be announced later this autumn. 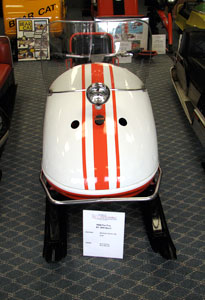 The Antique Snowmobile Club of America museum rotates its sleds so that each visit to the is unique. 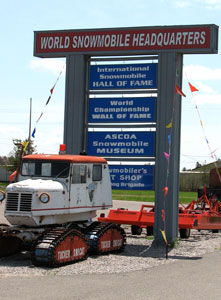 ISHOF memorabilia can be seen along with other snowmobiling history at the World Snowmobile Headquarters in Eagle River, WI

WSHQ president and 2002 ISHOF inductee Tom Anderson welcomed the move of ISHOF from Bovey to Eagle River. The timing for the move works out well as WSHQ recently added more than 1,200 square feet of display space. This allows the Antique Snowmobile Club of America to add vintage sleds even as it rotates models every few months to keep the museum’s display fresh.

While Elmer Cone relinquished the day-to-day operation of International Snowmobile Hall of Fame to new president Scott Eilertson, he retains an official presence as Founder and President Emeritus. Like Cone and Anderson, new ISHOF president Eilertson claims a long time connection to snowmobiling. In 2005 he was inducted into the hall of fame for his historic Minnesota-to-Moscow snowmobile ride that raised the profile of snowmobiling worldwide.

As readers of this column may recognize, this writer has some odd thoughts from time to time. Here’s one more. Just as American auto dealers are benefiting from a US government-subsidized “Cash for Clunkers” program to get car sales moving, why not a similar program for the snowmobile industry?

That ain’t happening! Well, not from the US government at least. But what about a self-imposed program? Here’s how we see it happening. 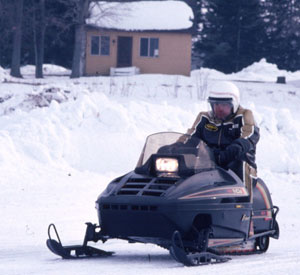 Getting old sleds off the trail in favor of new “green” models will take imaginative programs.

Yamaha in the US is currently offering up to US$2,200 customer cash on select sales. Of course, there is fine print to read, but here’s a start to move sleds through dealerships. Our plan would be much more simple.

We would call our program “Junkers for Green.” Like the “clunker” program we would establish some basic parameters. The sled would have to be more than eight years old. And it would have to be a 2-stroke. Why and why?

If the industry wants to appear environmentally conscious, and we’re sure we all do (right?); then we need to start getting those less efficient sleds off the trails. How do we get those old sleds off the trails in favor of “green” 4-strokes and cleaner 2-strokes? We make it appealing, both from a cash standpoint and from the environmental side as well. Let’s be honest, the new technology 2010 sleds are cleaner than what we were riding last century.

When we saw the advertisement for that cash back offer from Yamaha, we figured why not go another step. The implication is that customers can get up to $2,200 back if they pop for a new Yamaha. We have to believe that if Yamaha has this plan in place, the other sled makers have to be thinking similar thoughts. Remember, advertising and sales are not rocket science. Incentives are a tried and true technique to move products. 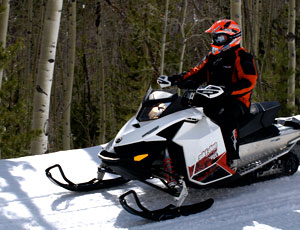 So, since we figure that consumers are going to be sticker-shocked at the prices of new sleds, our “Junkers for Green” program with its $2,500 (or whatever dollar amount works) value helps alleviate that sticker shock. Companies like Yamaha and Ski-Doo with 4-strokes and clean ETEC 2-strokes offer cleaner-engined sleds, which means it’s a benefit to them to try a program that gets the old models off the trails. Not only will the consumer gain dollar value for the trade-in and a certain amount of “feel good” for being “green,” but also his new sled will use less gas and oil, which saves on the recreation budget.

We recognize that auto dealers are benefiting from a government-backed plan, but why can’t the snowmobile industry independently create a similar plan without federal assistance? It certainly would stand to create some positive public relations. The snowmobile industry would say, “Hey, look at us, we don’t need a government-subsidized program to get our industry moving. Let us show you how it’s done without costing the taxpayer a penny.”

Okay, probably won’t happen. But it’s a thought. We simply figure that since all the sled makers will most likely come up with some form of announced or unannounced rebates or cash back programs, maybe they could make something positive happen. We figure that our plan, simple though it may be, can be a win for everyone involved. Snowmobile buyers win because they can get something for their old sleds and get some price relief off the cost of a new 2010 model. The dealer sells a sled and gains store traffic that could lead to additional parts or apparel sales. So he wins. The sled makers get old sleds off the trails, sell new sleds, and go “green” in the process. They win.