The Fan-cooled Two-Stroke Lives On 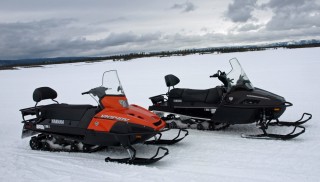 We’ve been trying to bury the old-fashioned 550cc fan-cooled two-stokes for the past few years now. It seems that we end up writing something about how this anachronistic powerplant no longer has a place in the world of high-tech, modern clean-burning, fuel efficient snowmobiling. And every season something happens to give the old-fashioned fan-cooled two-strokes a reprieve.

Even today you’ll find these ubiquitous motors sitting in the engine bays of assorted value sleds. Arctic Cat features a 550 in its Lynx 2000. Ski-Doo keeps its 550 fan-cooled two-stroke for low buck utility in its Expedition, Skandic and Tundra models. And, of course, Polaris used its Fuji-built 550 class two-stroke as a key ingredient in its reincarnation of the value-priced Indy series. 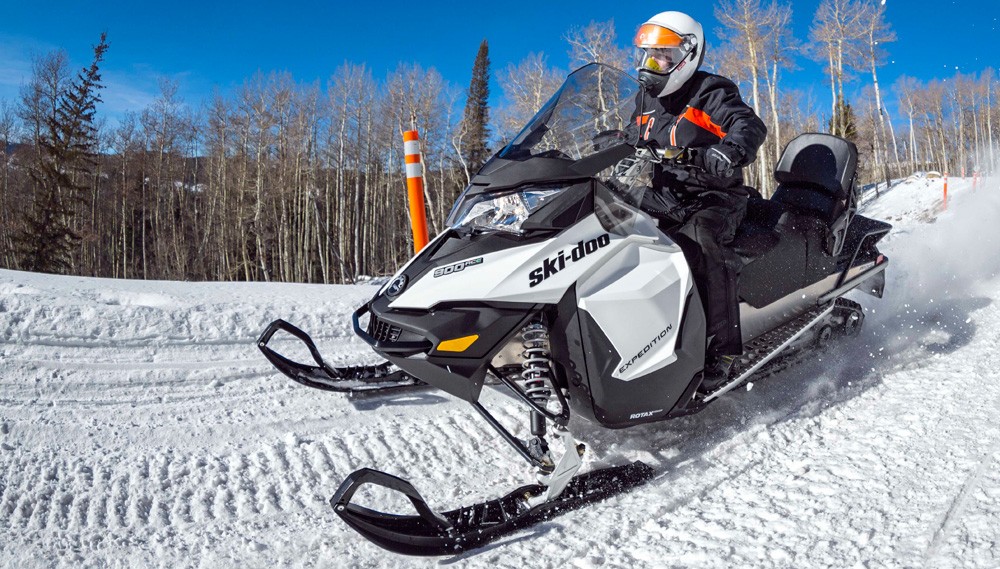 We were ready to announce the demise of the 550 fan-cooled twins. But, like we said, things happened. While Cat, Ski-Doo and Yamaha limited their use of fan-cooled 550s, Polaris’ 550 serves as the main power source for six Indys, plus select Voyageur, Adventure and two-up models. We can hardly say the fan-cooled 550 is dead at Polaris.

Only Yamaha went quiet on the North American two-stroke snowmobile front when it stopped selling the VK540 in 2011 and eliminated its two-stroke Bravo models. Yamaha’s fan-cooled two-stroke twin enjoyed an illustrious career for a time in racing. That 550cc fan-cooled 50-plus horsepower two-stroke engine powered one of the hottest of cross country racers, the strut suspension SR540. It was among the fan-cooled racing stars, until liquid-cooled power put fan-cooleds on the bench, relegating Yamaha’s 540cc fan motor to utility service in the VK540 and select two-up models. With the VK540 out of the picture, Yamaha went 100% bfour-stroke in North America. 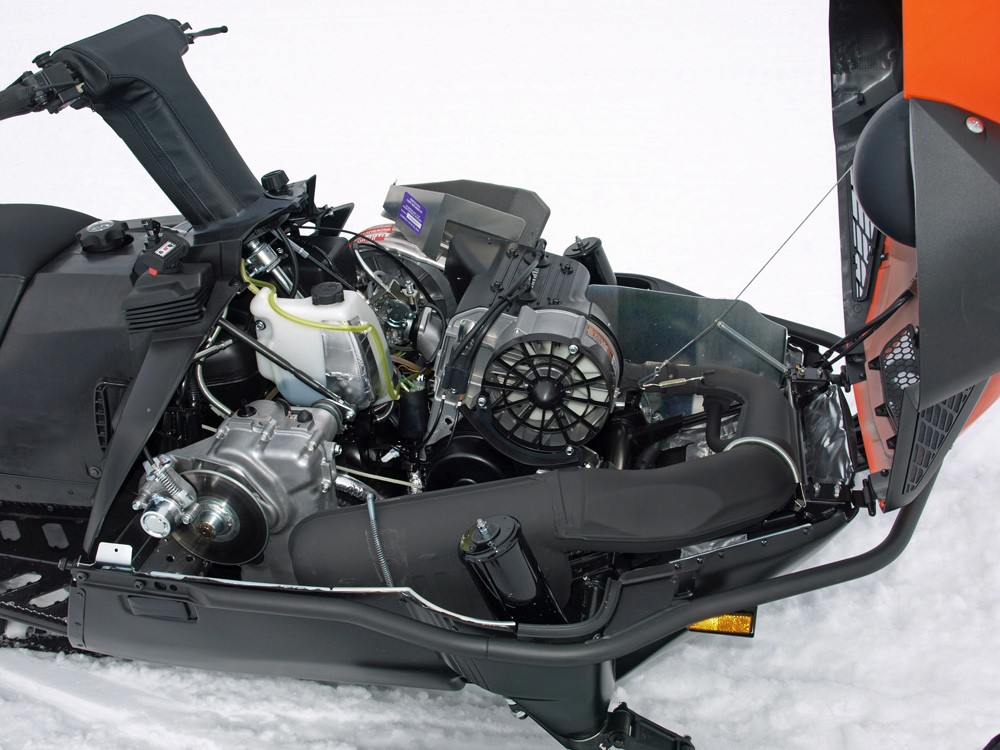 That was not the case worldwide, where the VK540 continued to soldier on, notably in the Russian market. While VK540 lasted in North America from 1988 to 2011, an updated fourth generation showed up by 2013 and was designed for extreme climate conditions common in Russia and the Arctic Circle. The goals were to keep it simple, making it easy to operate, maintain and repair. There were also areas in North America that needed similar capabilities, but the VK540’s “dirty” technologies needed some cleaning up to meet emissions and fuel efficiency. With that target achieved, Yamaha announced the return of the VK540 to the North American market for 2017, and the return of yet another fan-cooled two-stroke twin.

Certainly the 550 fan-cooled twin is not dead. It seems that this engine concept continues to fill a need in the market. It allows snowmobile manufacturers to create a value price point for both consumers and rental operators. Even though these 550-powered sleds are not the most fuel efficient, the fastest, and so on. They tend to be quite durable, reliable and efficient to operate. 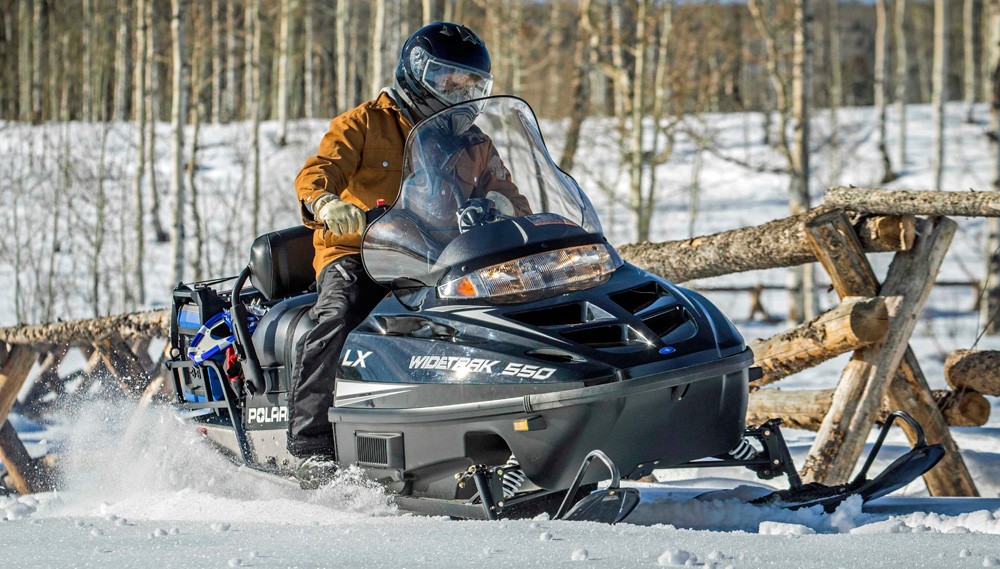 Although recently promoted to powering a sporty line of 550 Indys, the Polaris-Fuji fan-cooled 550 twin has long served as the base power for many of Polaris hard-working utility models like the 2017 550 WideTrak LX.

The new for 2017 North American market Yamaha VK540 returns with reduced emissions and an improved hydrocarbon footprint. It enjoys stronger mid-range performance as well as up to 25% better fuel consumption versus the previous engine while maintaining similar performance to the older design.

Some of this came from the introduction of improvements in advanced digital ignition control. The implementation of a new high output alternator assembly plays a major role in providing output for the new twin bulb headlight and accessories and powering heaters for the engine’s new TM carburetor. The oval bore B38/34 Mikuni butterfly carb is replaced by a flat slide Mikuni TM33 carb. 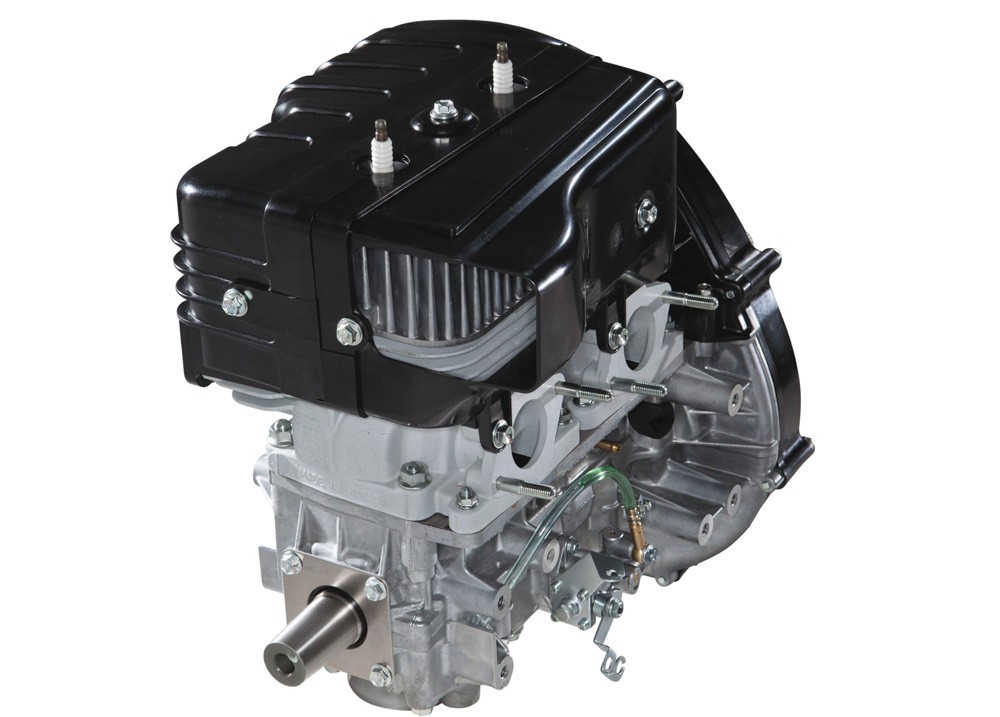 Arctic Cat’s value-focused Series 2000 fan-cooled two-stroke measures 565cc, was designed to be powerful, durable and efficient. Equipped with electronic pushbutton engine reverse the engine is appreciated by consumers and rental operators for its simplicity and dependability.

Yamaha engineers note, “Past applications of the TM carburetors on Yamaha snowmobiles have all been on liquid-cooled engines. One feature of these engines was the routing of the engine coolant through the carb bodies to prevent icing in the transition circuits to keep idling and response crisp.” Since the VK540 uses a fan-coooled twin that option didn’t exist and “…In this application Yamaha decided to include dual electric heater coils imbedded in the coolant chambers. The benefit of having carb heat applied is seen in more stable idle speeds at warm up (not having to flip the choke multiple times to prevent stalling) and less plug fouling as a result. And like the LC engines, it helps prevent icing and loss of performance.”

The use of a flat slide TM33 carb required re-doing the VK’s air box. Yamaha fitted a new intake manifold and air box boot specifically for the slide carb. 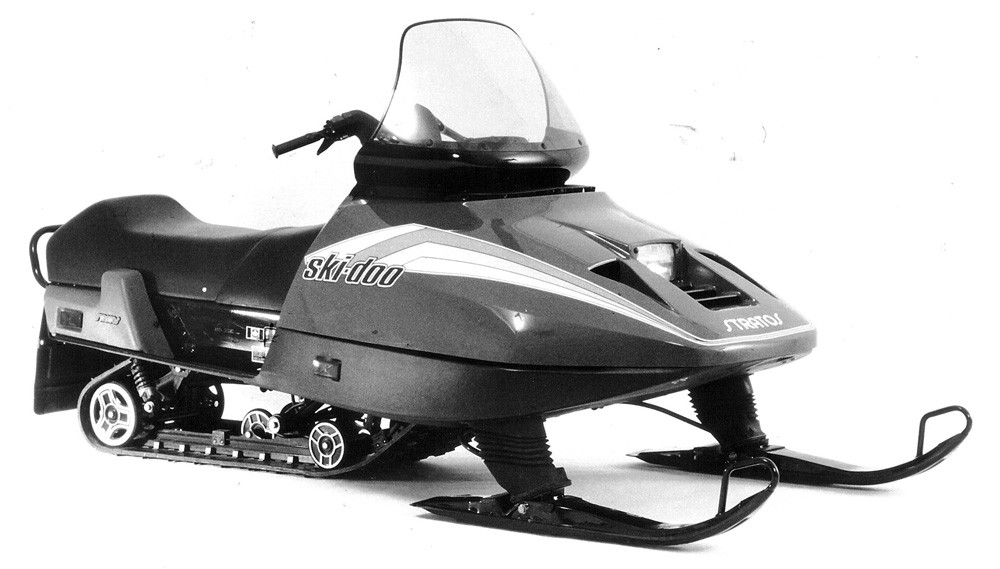 A stalwart and somewhat historic fan-cooled two-stroke, versions of the Rotax 550 have been used in a disparate collection of Ski-Doo snowmobiles dating back to at least the 1988 Stratos, a strut-suspended sport sled. The modern Rotax 550 develops 53 hp at 6800 revs with about 45 ft/lbs of torque at 5700 rpm.

With Yamaha returning the 540 twin to the line, does that suggest a fan-cooled Viper for the budget-conscious snowmobiler or a fan-cooled two-up Venture once again? Probably not, as Yamaha seems to remain committed to its four-strokes for now. And why would this technologically advanced engine company showcase an old technology two-stroke? We suggest that the commitment to make the VK540 work cleaner and more efficiently comes in reaction to North American consumer demand. Look at Ski-Doo’s multi-product utility/touring sleds, without this new VK540, Yamaha doesn’t compete. With three levels of fan-cooled models (Expedition, Tundra and Skandic), Ski-Doo has consumer options unavailable to Yamaha without this new VK. In a market of 150,000 unit annual sales, every sled sale counts on the bottom line. With the VK540 already doing well in the Russian market, adding some tweaks makes the VK540 more profitable snow-worldwide if it can fill a niche and be sold in North America, too.

That seems to be the point with these fan-cooled 550s isn’t it? Why would they go away completely when they can be updated somewhat and provide a proven power supply for a sled company’s niche needs, be it “value” recreation, utility or touring? We may keep trying to kill off these 550 two-strokers, but they aren’t ready to go away just yet. Ask Arctic Cat or Polaris or Ski-Doo or, now, Yamaha.