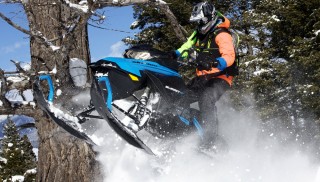 Outside of the engine, the 2019 Ski-Doo 600 Summit SP is identical in every way to its big brothers. This mountain snowmobile is just plain fun.

“At first I was guilty of limiting my exposure knowing I was on a 600. However, I quickly gained confidence in the 2019 600 Summit SP, and pushed harder with no disappointments….” – Sr. Mountain Test Rider, Kevin Allred

For this upcoming season, Ski-Doo reminds us mountain whackers, a 600 may be all the mountain snowmobile we need to bludgeon a hillside. Ski-Doo may be declaring, its new 600 may be the new “800” as displacements stretch beyond 800cc. Ski-Doo’s new 600 motor in the G4 Summit chassis is a motor whose attitude is bigger and brawnier that its actual size. This new 600 motor from Ski-Doo is built with the same technology – sparing none – as Ski-Doo’s 850. One can honestly say it is a baby 850.

Are you confident enough in your womanhood or manhood to ride a 600 mountain snowmobile? What if that mountain-snowmobile can muscle its way through the steep-and-deep like a 750 (if there were a 750)? The 2019 600cc G4 Summit SP, in either 146- and 154-lengths, may be the surprise muscle snowmobile of the year.

Recanting events from Snowshoot 2019 (for model year 2019 snowmobiles) February 2018, we eagerly awaited our time to flog the mountains around West Yellowstone on Arctic Cat’s 2019 Alpha One Mountain Cat and Polaris’ 2019 850 Pro-RMK. At this time, we were itching too, to take a 2019 G4 Summit X 165 and set it to brawl with the Alpha and the Patriot Pro-RMK. Little did we know as we hopped the backcountry on these sleds, with our little 2019 Ski-Doo 600 Summit SP tagging along like the little brother who did not want to be left home as big brother and his pals went to play some “Sandlot” baseball, became the what-just-happened-here home run slugger. 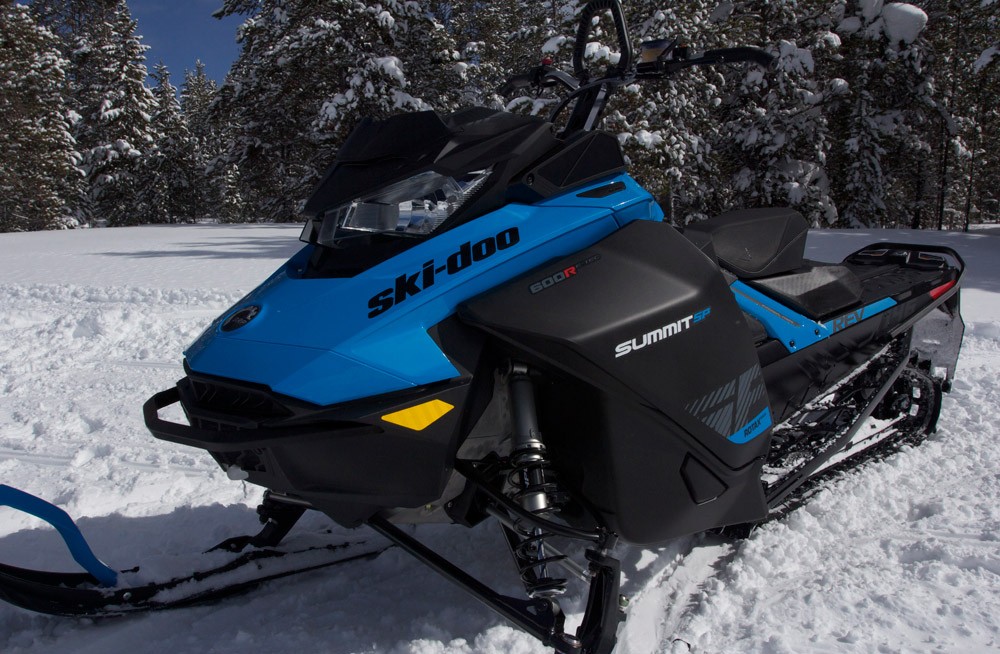 Now don’t misread what we’re writing; these two 850s (Summit and Pro-RMK) and 800 (Alpha One), were bladder-emptying fun. But Ski-Doo’s new 600-powered G4 Summit SP was the warm up band that made the main attraction’s performance “as expected.” (Yes, we’re using another simile to explain its awesomeness.) 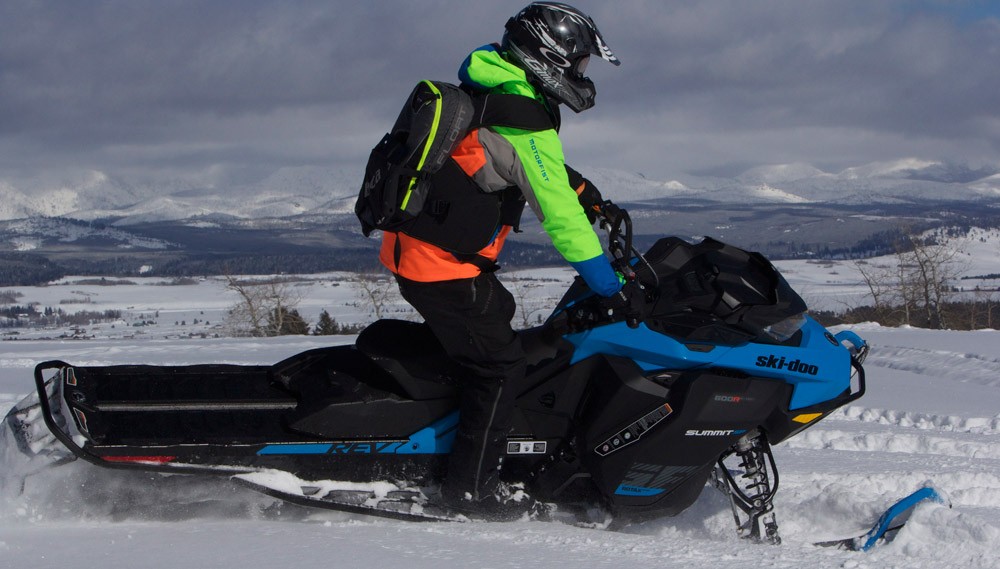 All these above written answers are corporate speak for: “Yup.” “One major chassis- and motor-upscale at a time; I swear, you journalists.” “Don’t give yourself a wedgie peeking over the wall, it’ll happen.”

It happened and no wedgie.

To build an additional base to this story, the 600 2019 Ski-Doo 600 Summit SP 146 and 154 are identical in every aspect to the 850 Summit SP of same length; an 850 SP with a three-inch PowderMax Lite paddle track. When we say it’s a baby 850 SP, we mean it. In tandem, the liquid cooled twin-cylinder two-stroke E-TEC direct injection 600 motor is identical to the E-TEC direct injection 850, except for bore and stroke and no intake booster injectors (which we wish it had). Like the 850, its exhaust valves are eRAVE. Repeat: When we say it’s a baby 850, we mean it. 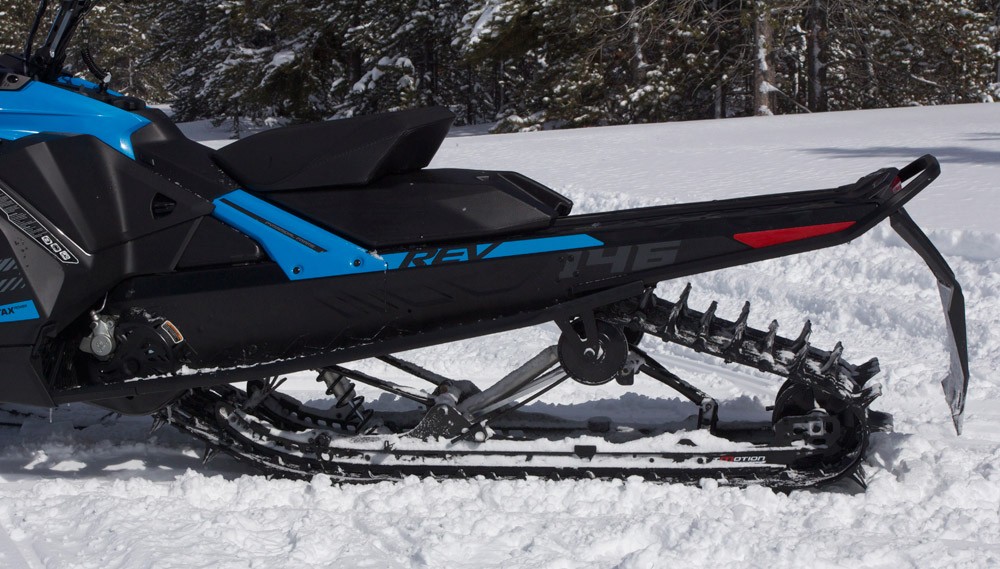 Complete with a three-inch PowderMax Lite track with FlexEdge Technology and tMotion, the 600 SP Summit is all business on the mountain.

If ordering a 2019 Ski-Doo 600 Summit SP on Ski-Doo’s Spring Buy program, we recommend too, ordering it with SHOT (Start Hot); you’ll not regret this at all.

Ski-stance is an adjustable 35.8 inches or 37.4 inches. Drive sprocket for the 146 is an eight-tooth driver, whereas the 154 is a six-tooth driver. The drive clutch is the pDrive with clickers, and the driven clutch is the QRS. 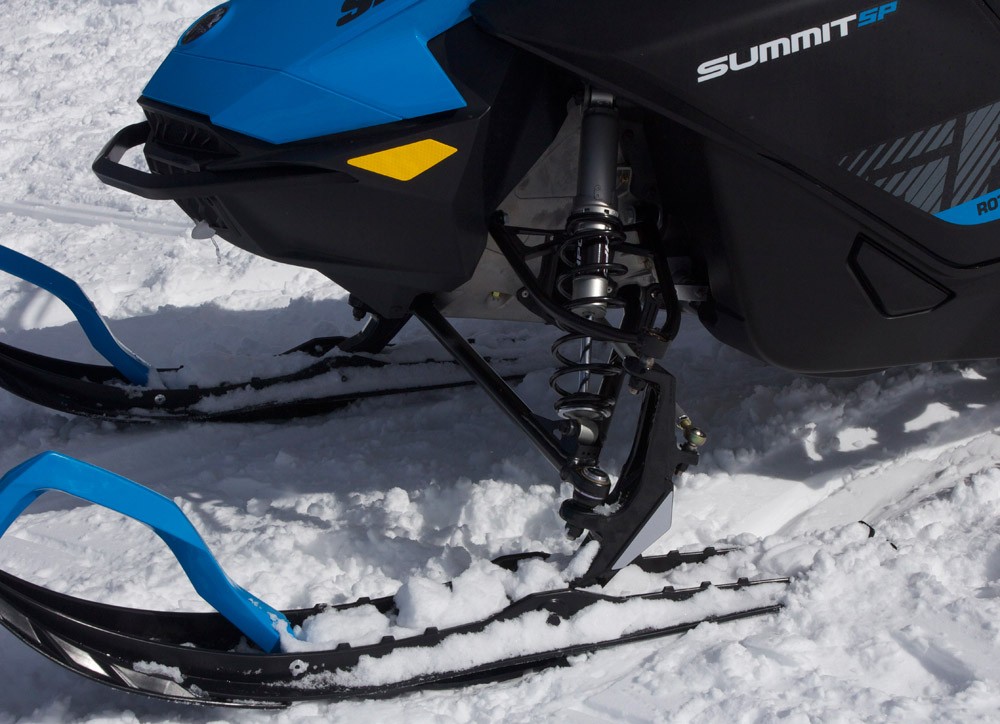 Let’s call in our test riders and deliver to you their thoughts on the 2019 Ski-Doo 600 Summit SP, beginning with Brent Burton: “The word I use to describe the new 600 R E-TEC is ‘surprising;’ it is surprisingly responsive and powerful.  Like its 850 sibling, the motor is smooth and has a great deal of torque on the bottom end.  I’m really not sure if you were blindfolded you could easily tell the difference between the two – the 600 and 850.

“Ski-Doo’s specification sheet indicates the 600 has 125 horsepower, but comparing it to the 125 horsepower 700 cc sleds of a decade or two ago, this new 600 performs at a much higher level.”

“The 600 powerplant nestled in the G-4 chassis makes a very fun combination. The sled we rode had the 146-inch track that performed very well, and would likely do the trick in most riding conditions short of the deepest powder and longest climbs. Overall, a very fun sled to own for those looking for a bit of economy and the traditional reliability of a 600 cc sled. ”

Next is Sr. Mountain Test Rider, Kevin Allred: “West Yellowstone Snow Shoot 2019, had no shortage of new stuff to grab hold of. One product that really caught my attention was the new 600cc power from Rotax. This lil’ screamer is based on the 850 E-TEC introduced two years ago, where most all its notable technology found itself on a smaller package. 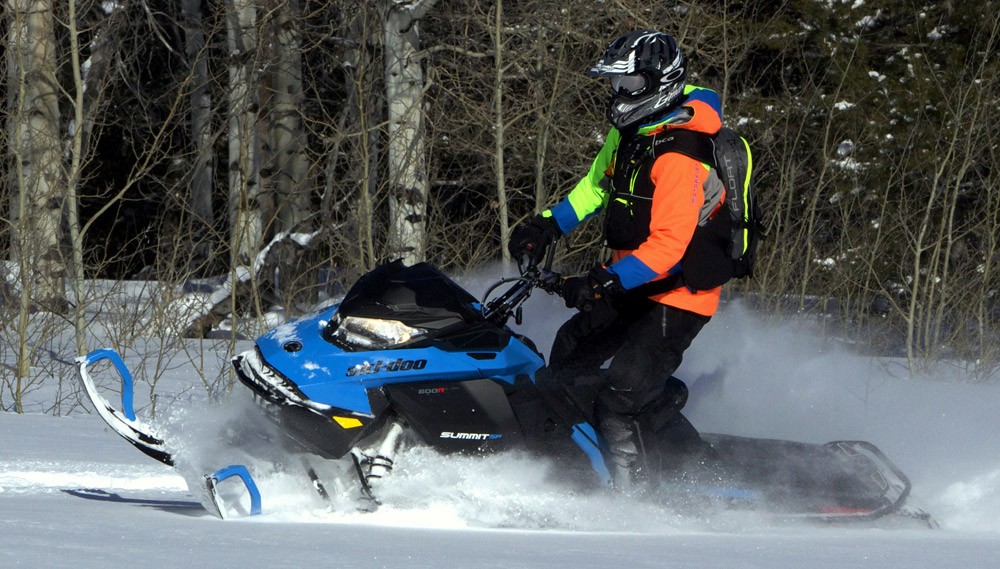 In true G4 REV fashion, the 600 SP is easy to roll center-right and center-left while standing and straddling the seat. If all we knew was 600-power, we would have no problem finding the fun button, if all 600s were Summit G4 SPs.

“I’ve mentioned in the past, when I ride a 600, I try a little harder, ride a little smarter, and am well-rewarded as I hang in there with the 800/850 sleds. With that being said, on paper you can read the difference in horsepower between the 600 Rotax and the 850 Rotax, but out on the snow, and from a seat-of-the pants feel, it’s hard to tell; wow what a fun snowmobile the 600 Summit SP is; it accomplished every task I threw at it.”

“At first I was guilty of limiting my exposure knowing I was on a 600. However, I quickly gained confidence in the 2019 600 Summit SP, and pushed harder with no disappointments; again, what a fun snowmobile.

“I conclude by saying, many mountain riders will find they’ll be just fine on 600cc snowmobile, and this 600 Ski-Doo Summit will be one you all should take a long and strong look at.”

In closing, the 2019 600 Ski-Doo Summit SP is not just moms, the beginners, the young sons or the wife’s mountain snowmobile; though it surely could be. But, it is a mountain snowmobile that is worthy, in every aspect, as being “the” mountain sled for any seasoned deep-powder veteran.

This winter, if you see an all-black or an Octane blue and black Summit knocking down a mountain, it may very well be, a heavy metal playing 600.