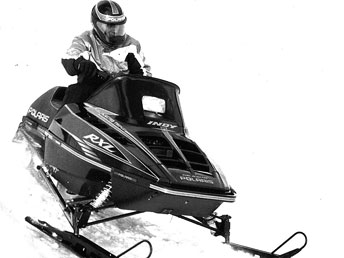 Polaris establishes another first with the fuel-injected RXL

That statement from a Polaris brochure introducing the Minnesota company’s 1991 snowmobiles would probably apply still to the Polaris of 2008. But 17 years ago the statement applied to Polaris snowmobiles and, more specifically, to the innovative 1991 Polaris Indy 650 RXL EFI (electronic fuel injection).

Although electronic fuel injection had begun to show up as an aftermarket add-on for snowmobiles, Polaris became the first snowmobile manufacturer to produce an actual production sled with EFI technology. Fitted to the top of the line Indy 650 performance triple, the fuel system quickly appeared on the popular Indy 500 twin.

One main benefactor of Polaris’ EFI was the mountain rider as the system adjusted automatically to altitude.

But in 1990 Polaris claimed leadership with EFI. Of course, at the end of the decade a Colorado jury would say the Polaris system showed an all-too clear resemblance to a system brought to Polaris for examination in the summer of 1987 by Injection Research Specialists. The end result would be a multi-million dollar judgment in favor of Injection Research Specialists. Regardless, the 1991 Polaris Indy 650 RXL EFI proved quite a pacesetter. 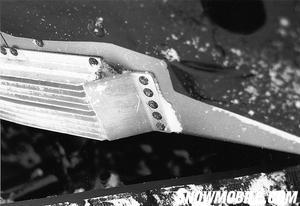 To keep the 650cc triple cool, Polaris used aluminum extrusions mounted under the runningboard.
With its 650cc triple, the big-engined Polaris Indy became THE performance leader in 1991. Based on the carbureted 650 that conquered the Formula III World Championship in 1990, the fuel-injected version was said to add more performance and even increase fuel efficiency up to 10 percent.

The fuel injected motor differed from the carbureted version. Appearing the previous winter as a ‘limited build’ preview, the fuel injected RXL came into full production with evolutionary updates. The cylinders and heads were unique to the EFI triple, helping the engine breathe easier and boosting power. The intake consisted of three 46mm butterfly throttle bodies. For the rider, RXL throttle action was quick due to its light pull. The computerized intake made overall performance noticeably smoother as the system read atmospheric pressure and ambient temperatures instantly and immediately calibrated the system to any changes. For the performance rider, this meant less down time as he needn’t fuss with carburetor jets nor adjust throttle needles. The system was a boon to mountain riders who might begin a day’s ride close to sea level and head up to 10,000 feet or higher. The RXL EFI system adjusted to altitude changes on its own.

To minimize the chances of a frozen throttle, Polaris’ first-ever production computerized injection system circulated warm engine coolant to heat the throttle bodies. The computer also set a rev limit to keep the engine from over revving. 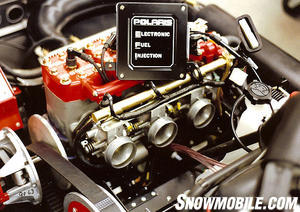 The ECU (electronic control unit) acted as the fuel injection system’s brain.
This EFI system featured two sub-systems: a fuel handling system and an electronic control system. The fuel handling system dealt with storing, cleaning, pressurizing and injecting fuel into the engine. It consisted of the fuel tank and fuel pickup, the fuel hose and filters, the fuel pump and rails. Also included were the pressure regulator, the injectors and throttle bodies. The use of multiple fuel filters underscored the fact that cleanliness was essential for proper operation of this system and its use of pressurized fuel spray.

The electronic control portion of the Polaris EFI utilized five sensor inputs to control the fuel-air ratio for the two-stroke Fuji-built triple. The electronic control unit would send low voltage signals to each sensor and then ‘read’ the results of air temperature, barometric pressure, throttle position, engine revs, and temperatures at the throttle bodies and engine case. By today’s standards, this first production system may seem a bit simple, but most all-electronic fuel injection systems work similarly. Today’s onboard computer control units can react much more quickly and control more aspects of engine performance.

The 1991 Polaris Indy 650 RXL EFI snowmobile’s big claim to fame may have been its computerized fuel injection, but it laid claim to other industry leading features as well. The sled’s trailing arm front suspension gave it great prowess on the trail, slicing corners confidently. The Polaris RXL front end featured total adjustability and more than six inches of travel. The sled’s ski stance measured 38-inches, which was 1.5-inches greater than the stance of the standard 650.

The RXL’s rear suspension was what Polaris called its ‘Dial-Adjust’ suspension with nearly 8-inchs of mogul-absorption. A large dial-like adjuster on the suspension permitted a rider to change suspension settings on the trail and without tools. Some of today’s Yamaha models offer a similar dial-adjustable concept, but it was Polaris that popularized the idea back in the 1990s.

Polaris also developed a liquid-cooled hydraulic disc brake to keep the braking system on its high performance models from overheating. This was a race-bred feature developed on the cross-country racing circuits that the Indy-suspended sleds tended to dominate. Polaris snowmobiles won more Winnipeg-to-St. Paul long distance terrain events than all other snowmobile manufacturers. 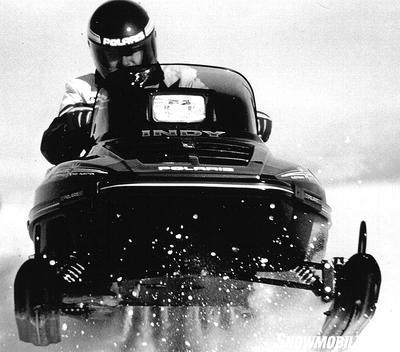 This is a 1992 version of the high-performance RXL.

On its own, the Polaris Indy 650 established itself as a star. Adding fuel injection made the star much, much smoother running and nearly fuss-free when climbing in the mountains. This 650 RXL EFI had the power of a Fuji-built 648cc triple with all the best features of the day: oil injection, large alternator to power hand and thumb warmers, 11.25 US gallon fuel tank, ample trailing arm front suspension combined with dial adjustability of the rear suspension, liquid-cooled brake, and Polaris’ strong network of dealers across snow country.

To build pre-production excitement, Polaris introduced the 650 RXL EFI as a limited build model the previous winter. Polaris would use that same marketing idea the next season as the production Indy 650 RXL EFI gave rise to a twin cylinder limited build model — the Indy 500 SP EFI, which first appeared in January of 1991. But, that’s another story.