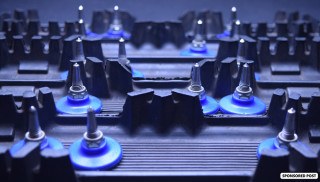 Serious performance -- at a seriously-good value

Whether you’re hitting the snowy outdoors on a beast of a turbo charged machine or hopping aboard a two-up tourer for a day on the trail, there’s a good chunk of the backwoods in which your sled could benefit from a set of metal studs embedded in your snowmobile’s rubber track.

Before you think it’s acceptable to simply drive a few rivets into a track and call it a day, you should know that cubic acres of research and development goes into the creation of a good set of snowmobile track studs. Luckily, the gearheads at Fast-Trac specialize in just that, and have designed a series of stainless-steel studs which are rust-free, lightweight, and have a thin profile.

Providing top-end value as well as tremendous grip, the design of their Top Gun II stud kits (or Top Gun SP for single ply tracks) allows for a smoother integration into the track — eliminating the unsightly and uncomfortable bumps that often make a studded track look like a relief map of Mount Everest. The head is flush, thanks to a smart, shoulderless design and thin profile head that does not allow the backer to bottom on the stud before it is even with the track. This means longer lasting running gear, fewer vibrations, and a stud that will last longer as well.

Absent of building a rat rod, rust is never a good look for a vehicle – which is why the body of the Top Gun series is made of stainless steel. Combined with their signature Airlite polymer backer – a true standard in the track stud game – and upgraded stainless steel or tall nut, Fast-Trac’s stud kits offer a rust-free setup, keeping your ride looking clean from install to as long as you own it. (In fact, these studs will probably even outlast your track.)

Another advantage of this configuration? It permits Fast-Trac to offer their Airlite backers in 10 colors, to better match your sled of choice, whether that’s Arctic Cat, Polaris, Ski-Doo, or Yamaha. Better yet: the polymer blend features form memory so it will keep its shape even if you hit a rock or other hard surface – allowing you to ride without worry. 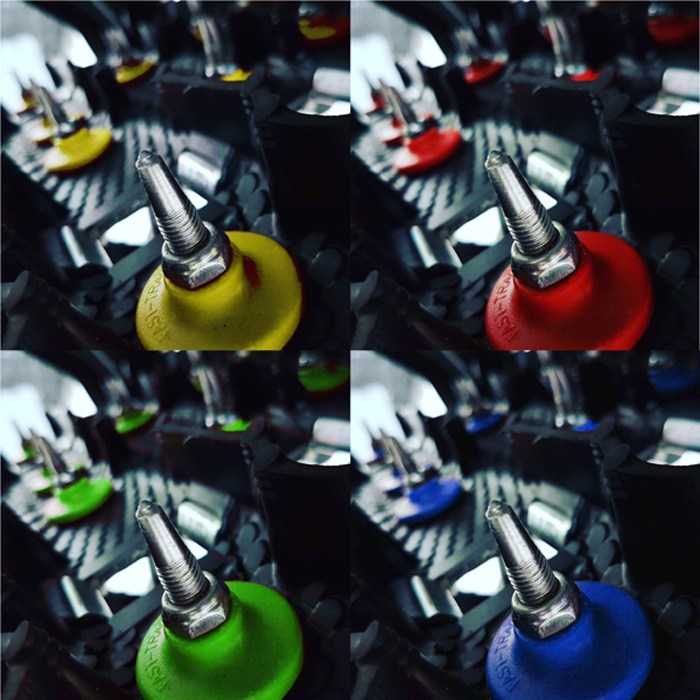 The Top Gun series stud kits feature a carbide tip that goes right down to the first thread. Described as a mining-grade carbide, it’s ready for the trails and able to eat up just about anything you throw at it. The tip is silver soldered to the stud body for a superior hold that will keep the carbide seated for the life of the stud. Then, they’re heat treated to a Grade 8 bolt.

Anyone who’s installed studs on a snowmobile track (*raises hand*) can attest to the utter misery of stripping the Allen head on one when it’s halfway mounted. Thankfully, Fast-Trac solves this by using a T25 Torx head, a design which offers maximum strip resistance. You still need to be careful — any head can be stripped if you’re careless — but it significantly reduces the chance of frustration during install.

With stud kits for both 2-ply and single ply tracks, plus quick and easy shipping, Fast-Trac will have you tearing up the trail in no time. Visit their website for more information or to pick out a set for yourself.