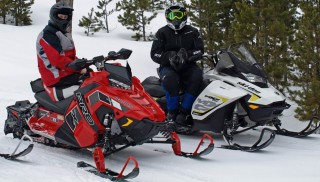 Sled manufacturers seek to make the sport grow. But, how?

For model year 2018, two of the four sled manufacturers decided to stray away from the status quo of just building high-powered deep snow and turbocharged trail racers. That’s why you’re seeing a new 200cc transitional snowmobile heading to Arctic Cat and Yamaha dealerships. Both companies expressed concern that youthful riders had few options once they outgrew the “toy” sleds like the Kitty Cat, SRX 120 and such. The 200s offer a trail-ready option to transition riders to a next level, thereby keeping young sledders in the snowmobiling family. 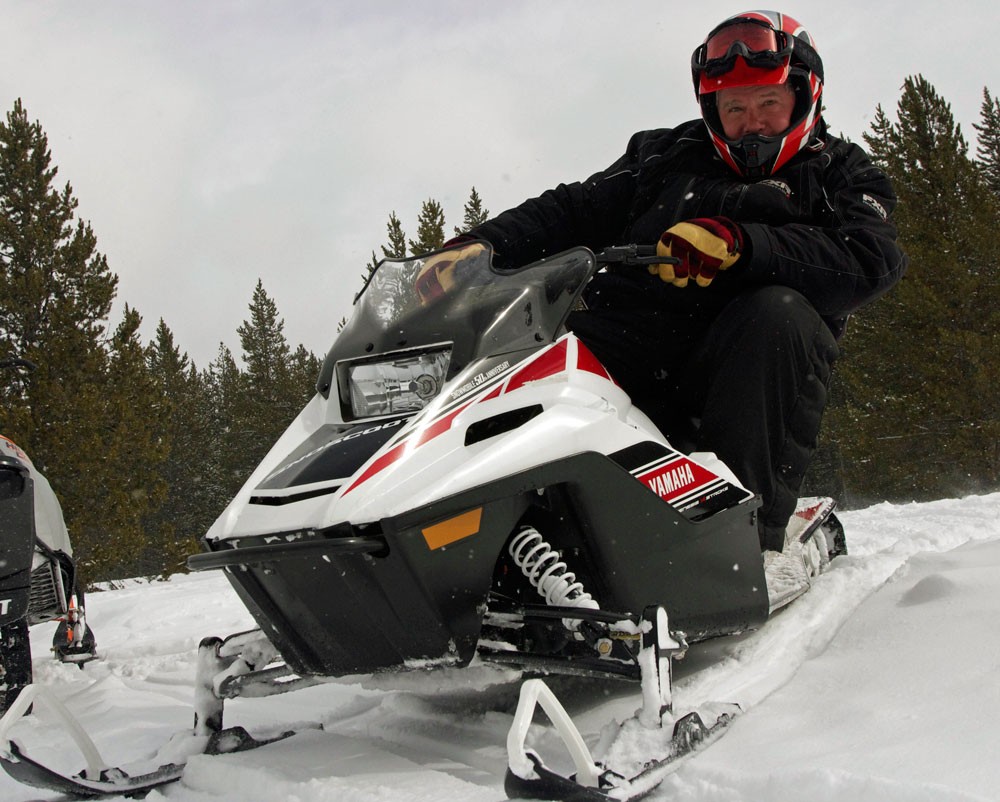 Even we can get playful aboard Yamaha’s all-new 200cc SnoScoot. It has a suggested top speed of about 30 MPH, but probably not with our editor on board.

Don’t misunderstand, neither Arctic Cat nor Yamaha plan to stop playing in the real world of snowmobiling as Cat just introduced a fleet of 2018 performance sleds powered by its all-new 800cc C-TEC2 and Yamaha greatly expanded the influence of its 998cc turbocharged Sidewinder models. No, the 200cc transitional snowmobile is designed to bridge the sled gap between those kiddie-sized toys and so-called entry level sleds. Consider that today’s young riders start with a 120cc mini-sled with the next step up being something with 50-plus horsepower. That’s a drastic step up for a six-year-old. Yamaha and Cat want to ease that transition by providing them with a real-world trail sled that fits them and has nine horsepower to power them to safe trail speeds of about 30 miles per hour.

This still begs the question? What comes after the 200? As of now there isn’t another bridge to those larger displacement units

At least, though, the industry seems to be asking itself how can the sled makers make snowmobiling great again when the sport was truly a family affair and the industry sold double the 126,972 units of last season. Not unnoticed by industry observers, annual sled sales have dropped 39% since the beginning of the century. There were more than 208,000 sleds sold in 2000.

Another reason for the appearance of the new 200s is equally simple. The used sled market of old Enticer 250s, Jag 340s and even the original 1980s SnoScoots is drying up as many old sleds are simply not just used, but frequently used up. Yamaha recognizes this fact and, at its 2018 new model preview, solicited input from the gathered media for suggestions on how to make snowmobiling great again.

Thirty years separates these two Yamaha SnoScoots — the 2018 SnoScoot in Yamaha blue and an original 1988 80cc SnoScoot. The concept of offering lightweight fun for snowmobile families remains in place though.

In reality for the owners of the estimated 1.8 million registered sleds in North America this must be the good old days. Aren’t they? Why the concern?

As snowmobilers who participate in clubs and club rides, you know that families still ride together. If you didn’t belong to a club and participate in club activities but simply gained your knowledge of the sport through snowmobile advertising, your view might be quite different. You’d think that only youngish, adventurous people snowmobiled and they only flew off deep powder ridges, blasting full speed down forested mountain sides and managing to stay ahead of avalanches.  Advertising rarely shows family riding with real families of mom, mad and kids. They show groups of big air bangers taking chances. 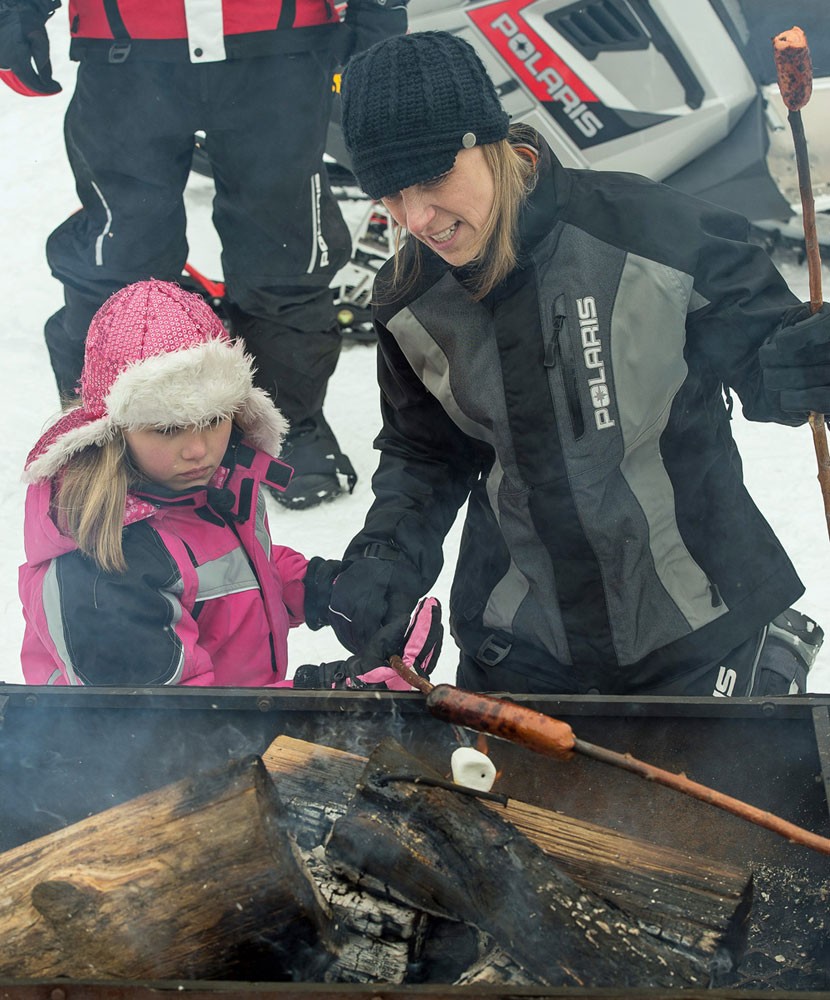 Family snowmobiling exists and means memories for the kids involved, but it gets downplayed in today’s snowmobile advertising and videos. (Image courtesy of IMSA/Wayne Davis)

That seems to be the audience today’s snowmobile manufacturers addresses. Why not? These deep powder high-powered adventure sleds are the ones that are selling. Sleds with tracks of 175 inches in length and engines churning out 200-plus horsepower generate sales and all four sled makers fight for sales dominance.

The two-up touring sleds and entry level sport cruisers don’t sell in enough volume or have enough markup to make them as profitable as the powder units. That’s where the action is. But, it seems there is a point of diminishing return as the industry manages to shrink. 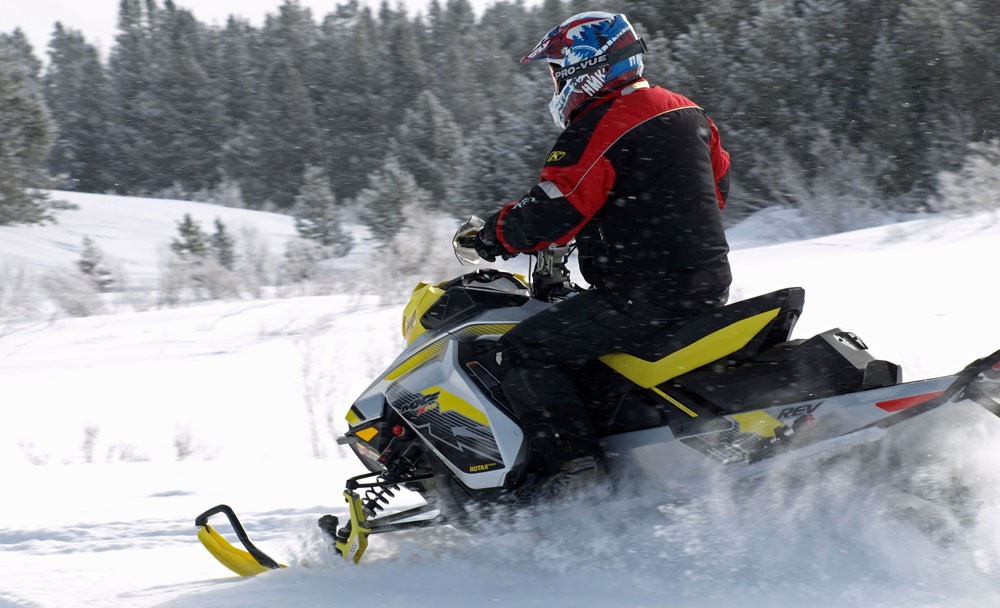 The question is, what happens to funding when snowmobile registrations fall? Currently snowmobile associations lobby for higher annual registration fees, but what happens if prospective snowmobilers balk at paying more fees? Will people decide that snowmobiling isn’t worth it? Do the math, if you purchase a $14,000 sled and ride it 20 days a season, your immediate cost to ride is $700 per day. Add on trail fees. When is the price too much?

This is one of the many factors confronting the industry. Serious, long time snowmobilers will continue to buy and ride. But the industry has seen that contingent fall away by nearly half just since the turn of the century. While Cat and Yamaha may be addressing the facts with a new ZR200 and reimagined SnoScoot, this search for answers in making snowmobiling great again has been an ongoing battle. 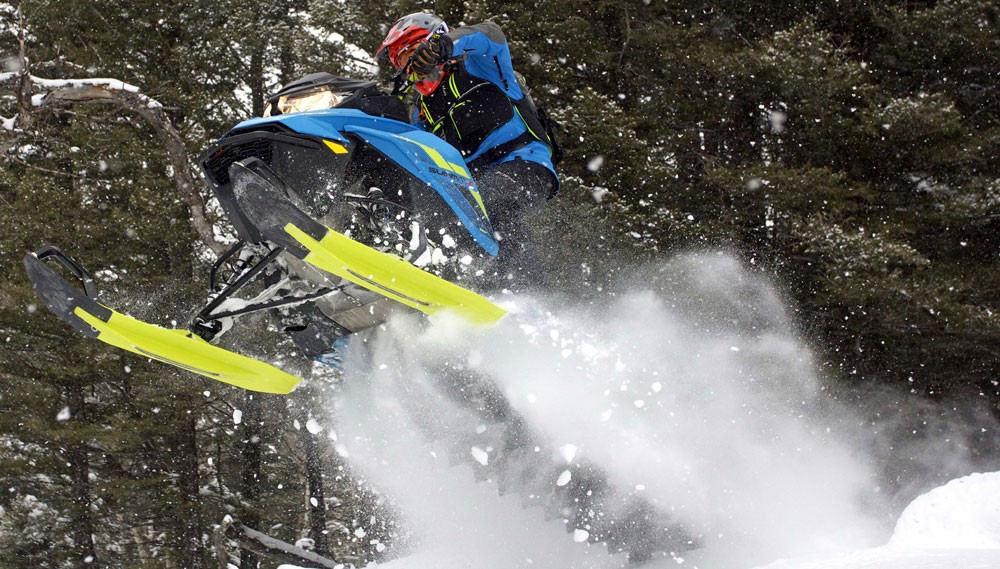 Ski-Doo tried to create enthusiasm circa 2006 with a relatively low-priced, sporty Freestyle 300. This sled represented a possibly misguided appeal to young, roguish “snowboarder” types that populated the crowds at the Winter X Games. It was an attempt, but we suspect it never had the marketing support to make it viable with newcomers who saw in its advertising inherent dangers. The sled was shown jumping and being aggressively ridden. How does that play with suburban moms who won’t let their boy-children play football for fear of concussions?

In actuality the sled deserved better. Was it great? No, but it was fun to ride and could have helped appeal to newcomers or bridge a performance and price gap between toy sleds and bigger ones.

Years before the Freestyle, Polaris expanded its Indy line with a downsized, down-powered Indy Lite that offered versions powered by a 244cc single and a 340cc twin. In a 2009 vintage review, we noted: “Polaris reinvented the idea of ‘entry level’ sleds when it introduced the 1991 Indy Lite. First of all, these models – a basic 244cc single cylinder version and a twin cylinder 340cc version – were essentially full-sized ‘grown-up’ sleds at a time when the ‘budget’ sled niche consisted of smallish, stripped down models. Secondly, being Polaris models, they featured full production, Polaris pioneered independent front suspensions with a wide 36.5-inch ski stance. And they were priced competitively with the other guys’ introductory models.” 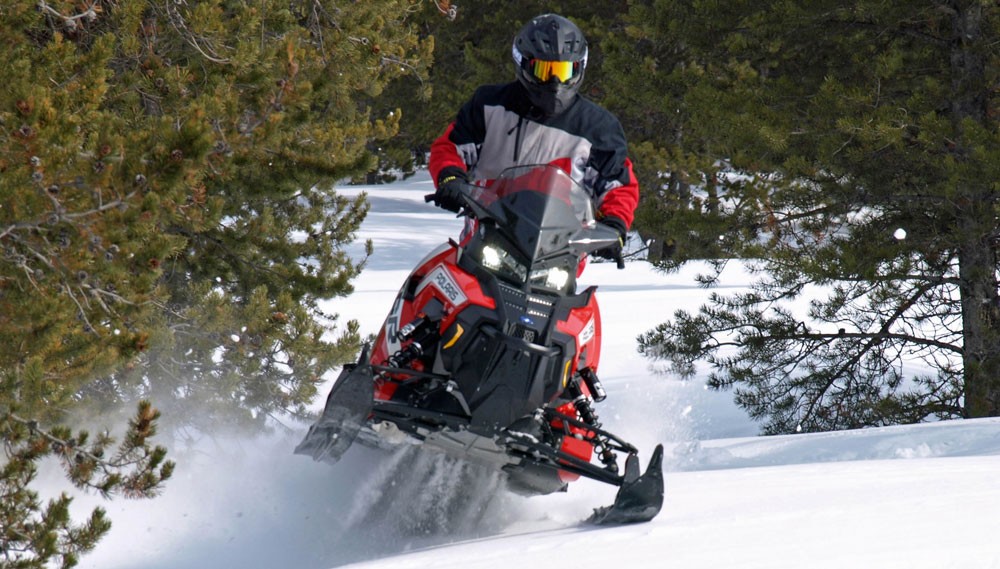 While “family” snowmobiling is a nice concept, the reality is that power and technology sells sleds, especially performance ones like this 2018 Polaris Switchback XCR.

Whether or not this new transitional sled niche proves successful depends on how committed the sled maker(s) are to the concept. It also might mean a total revamping of how the sled makers view the industry’s infrastructure, the sport’s clubs and associations. The sport needs clubs and the family of snowmobilers who fight for it. It is incumbent on the snowmobile manufacturers to support clubs at all costs. It should be as important to them as creating a new high mountain action video or designing an advertisement showcasing a big power sled dropping off a mountainside.

At least Yamaha and Arctic Cat are reaching out to “family” snowmobilers. All four sled makers need to embrace clubs and their activities. Without them and their willingness to maintain trails, fight for trail funding and welcome new people into the sport, the snowmobile manufacturers will lose out. Making snowmobiling great again can be simple. Support the family of snowmobile clubs. Support what got you here.

Simply stated: No clubs… no trails… no sales!