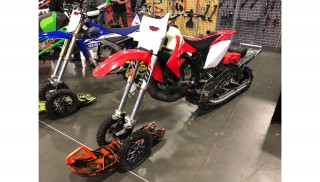 Visiting Snowmobile Shows is a great way to see new products.  Here are a just a few that caught our eyes this year.  Enjoy.

Crazy Mountain Xtreme (CMX) has applied their experience of engineering and building custom snowmobile parts over the last few decades, into the development of snowbike kits. CMX is always trying to push the limits and improve everything they develop. One area they focused on last year, apart from the bike kit, was the track. CMX worked in conjunction with CAMSO to develop an improved snowbike track. One unique feature compared to most tracks is that the front side of the paddles have little ribs on the front of the lugs that are called snow grippers. The snow grippers increase the surface area of the paddle, increasing traction. One of the new features of this track is that it is designed for maximum traction in all snow conditions. CMX has sold their tracks to all brands of snowbikes. Timbersled ARO owners are running them, although they had to cut them to the proper width. The track lengths are available in 120”, 129”, and 137”. The cost of the track kits is 120” $875.00, 129” $900.00 and 137” $925.00  For more information visit crazymtn.com. 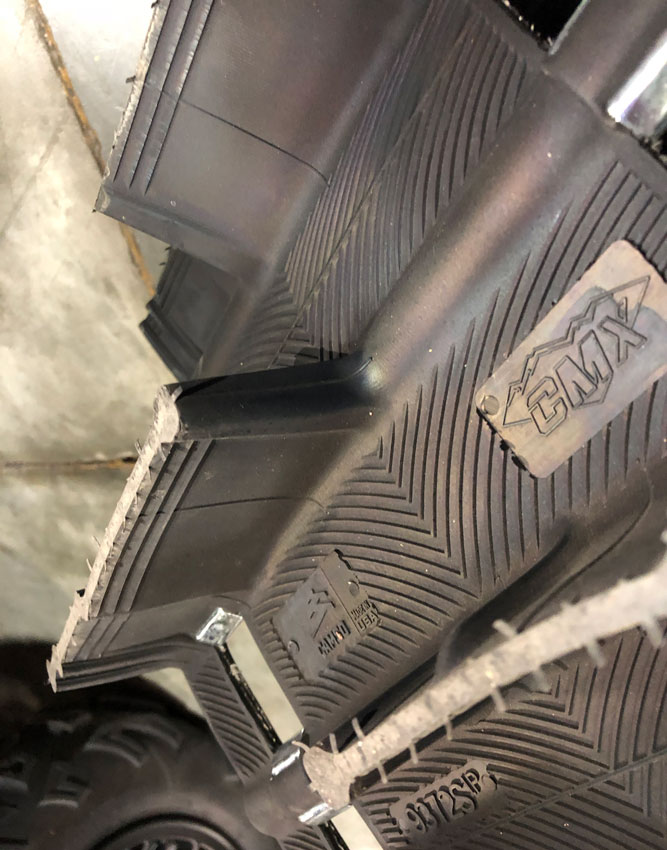 CMX’s new track has snow grippers to improve traction in all snow conditions.

Mountain Valley Machine (MVM) has released their belt drive kit for the Ski-doo G4 Summit for 2017-2018 (a 2015-16 Summit T3 kit is also available). The belt drive kit is also available for Arctic Cat ProClimb 2012-2018, refer to MVM’s website for specific models available. This belt drive kit reduces 4 pounds from the stock chain and case on the Ski-doo, and 8-12 pounds on the Arctic Cat. This significantly reduces the amount of rotating mass. Even though the reduction in weight on rotating components does not truly change the weight of the machine in 10:1 ratio as is often claimed, the reduction and rotational inertia can make the rotating parts accelerate much quicker, which can feel like a lighter machine to the rider. Many riders have expressed this equivalent of a 7 to 10-pound weight reduction of the machine.

The drive replaces the stock chain drive with no modification to OEM parts required.  According to MVM, the installation process takes approximately 1-2 hours. The kit includes the upper and lower pulleys, a belt, an idler and protective covers. The parts, (except belt) are machined out of billet aluminum. Mountain Valley Machine calls this a belt drive a “performance-enhancing system” because the lighter a snowmobile is many characteristics are improved, like quicker throttle response. Another great feature is no more broken chains, or chain cases. Mountain Valley Machine has many different gearing ratios available to meet every snowmobilers needs. For more information visit mountainvalleymachine.com 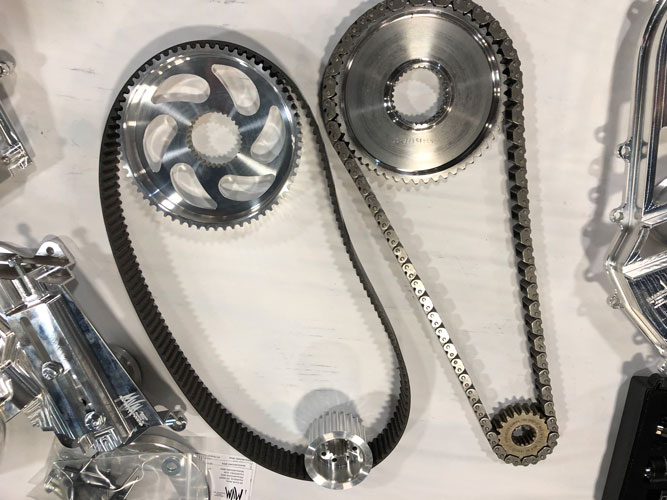 The D-2 EXT Dozer Avalanche Shovel has been around for a few years now. The D-2 isn’t your average avalanche shovel. The shovel has the unique feature that the shovel head can be used as hoe. When the D-2 is used as a hoe, it can arguably move snow quicker than any other avalanche shovel on the market. A user that is facing the slope can move a lot of snow especially if there is another shoveler uphill chopping the snow, then the D-2 really shines, because it can pull large amounts of snow away from a stuck snowmobile, or avalanche victim. The D-2 still has normal features like being packable, and extendable.

Now the D-2 has the added benefit of a saw that folds up nicely into the shovel handle. The saw blade is made of 420 stainless steel and has taper-ground razor teeth. The saw handle has slip-proof grips on both sides of the handle to keep hands from slipping off when hands are wet. Backcountry Access recommends that snowmobilers carry one shovel in their pack and one in their tunnel bag. The avalanche shovel in the tunnel bag should be used first, the shovel in the airbag should only be used to dig yourself out. For more information visit backcountryaccess.com 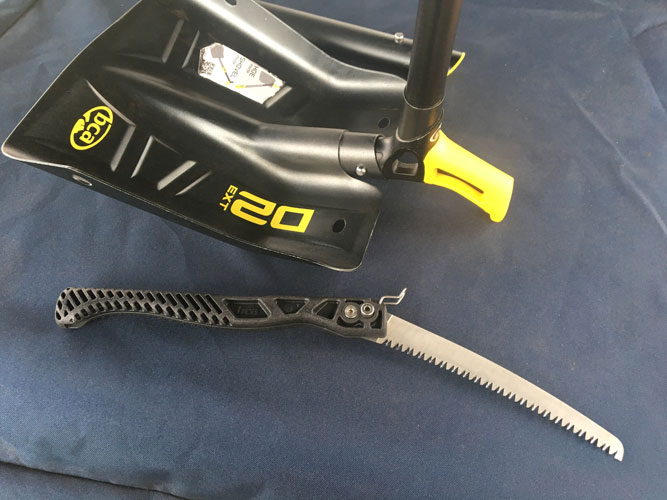 The new and improved D2 EXT now has a saw. 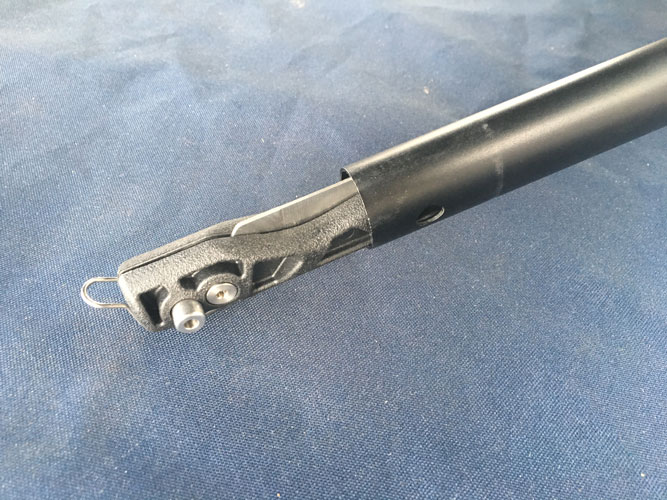 The saw on the D2 fits nicely into the handle.