Snowmobiling needs the people who make its trails to survive

Snowmobile Hall of Fame member David Carmichael died two days before Christmas. The vast majority of snowmobilers would have no idea of who he was. But whenever they put a ski onto a groomed snowmobile trail they should applaud him and the thousands of others like him who create, maintain and continue our sport’s seamless network of trails. Although these people behind the trails are anonymous to the greater population of snowmobilers, they are the backbone of the sport.

Consider for one moment all the miles you ride in a year. Even if it’s only a few hundred, if you ride on a trail system, someone had to plan for it. After they proposed the trail, they had to get permissions from landowners, who could be local farmers, businesses or even government bodies. You think this is easy? And they do it for free. For you! 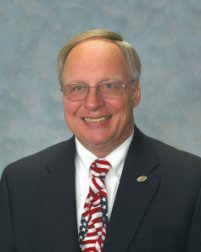 Hall of Famer David Carmichael epitomized the role that volunteers play in snowmobiling as he founded a club, groomed trails, fought to save earmarked snowmobiled funds from a legislative money grab and still found time to ride the trails he built.

Let’s think about those “Stay On The Trail” signs that pop up along certain sections of trail every year. Why do you think they’re placed there? Most likely because some thoughtless rider wanted to take a short cut or felt that the landowner wouldn’t really mind if he tore up a snow-covered field of winter wheat. Now, imagine that you are the snowmobile club volunteer who asked that landowner for permission to ride across that land in the first place? How do you think that conversation goes?

The OFSC Family of the Year: Bud and Doreen Knowles – Video

David Carmichael was one of those volunteers. Back in 1969 he helped start and agreed to serve as the first secretary for the Sno Hawks Snowmobile Club in his native Iowa. He helped provide a place for like-minded snowmobilers such as himself and his family to ride. He was a bit extraordinary because he reached out to the greater community of snowmobilers and served as an officer with the Iowa State Snowmobile Association and, later, worked with various international snowmobile organizations.

Before you say: “Well, that’s nice.” Consider that in 2002 the Iowa State Snowmobile Trail Program funding was raided by the state legislature, in the amount of nearly one million dollars! Dave knew that wasn’t right, so to help balance a shortfall in the state’s general budget, he helped form and worked with the Iowa State Snowmobile Association (ISSA) Emergency Funding Committee to reestablish the financial status of that account and worked to pass legislation to insure the security of snowmobilers’ funds for the future. As a result of this effort, Snowmobile Magazine at the 2004 International Snowmobile Congress (ISC) honored committee members, including Dave, as “Most Valuable Snowmobiler”.

We tend to think in the short term and don’t stop to realize the many battles past, present and to come that can threaten the sport. Since land resources are finite, they are under pressure from varied and sometimes opposing groups who declare their own inalienable rights to such lands. Many such groups don’t share well with others, especially if they are motorized. Ask ATVers, dirt bikers and others about threats to their use of “public” lands. Snowmobilers can ride over lakes as well as terrain and, since their trails are seasonal and frequently out of view, they can be out of the minds of the easily-offended. 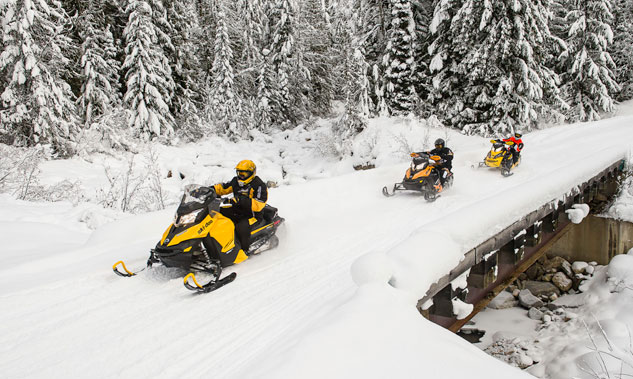 The snowmobile trails that exist today came about thanks to the work of thousands of club volunteers who continue to fight to preserve their right to ride.

One of our favorite areas to ride is usually excellent as the local club’s trail groomers go out at night before the weekends to make sure the trails are smooth and safe. When they are not as smooth as normal, it usually ends up that a groomer either broke down or maybe broke through the ice. When either of those things happen, the grooming club relies on a reserve arrangement with another club to help out.

Who pays to repair the groomer when it breaks down? The club. Who pays the groomer operator to groom miles of trails over a freezing long night? No one. Chances are he volunteers. Of course, there are some monies offered by the various state government bureaucracies to help out. It never covers the real and actual cost of trail creation and maintenance. But it helps. 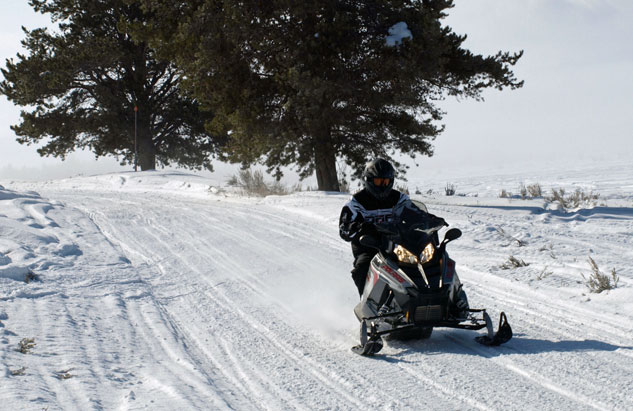 In the West, snowmobile trails serve as a way to get to the deep powder.

That money comes from snowmobilers. That’s why you rarely hear of snowmobile club opposition when trail fees or sled registration fees get increased. The idea is to put those funds to use on behalf of the snowmobiler user groups. Of course, the state’s payback won’t ever be 100 percent of what gets paid in.

Who makes certain that those funds get to the snowmobilers for trail improvements and such? Local snowmobile volunteers.

Once snowmobilers organized clubs to establish use areas, they quickly realized that they needed an organized statewide association of clubs to protect their right to ride. And they still do. The people who best represent snowmobilers are snowmobilers. Again, they work for free. 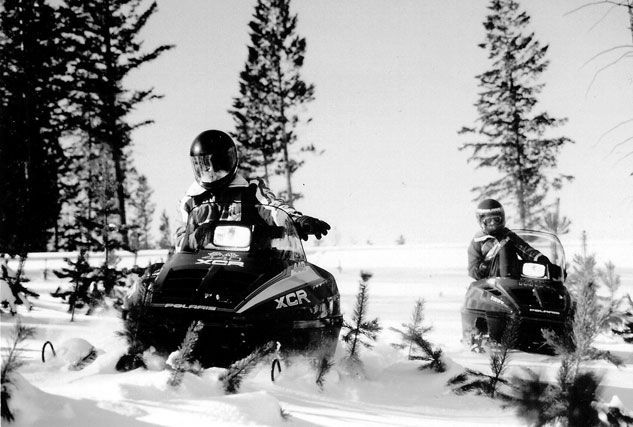 In the good old days, snowmobilers had to cut cross country simply because there were not the 225,000 miles of groomed and marked trails that exist today.

While David Carmichael stood out in Iowa, other volunteers like him stand out across the North American Snowbelt. They are anonymous to the majority of snowmobilers, but without their contributions the trail network would die. Without a system of trails, snowmobilers would quit riding and buying sleds. Without trails, snowmobile manufacturers would lose sales.

But there are many “David Carmichaels” in our sport. Roger Lampitt, a volunteer from Tacoma, Washington worked tirelessly on behalf of the sport, helping to form the Washington State Snowmobile Association in 1973 and continuing to contribute to that state’s Governor’s Advisory Council to promote snowmobile recreation.

Saskatchewan’s Jeannie Brewer founded the Prairie Women on Snow to raise funds and awareness to finding a cure for breast cancer. 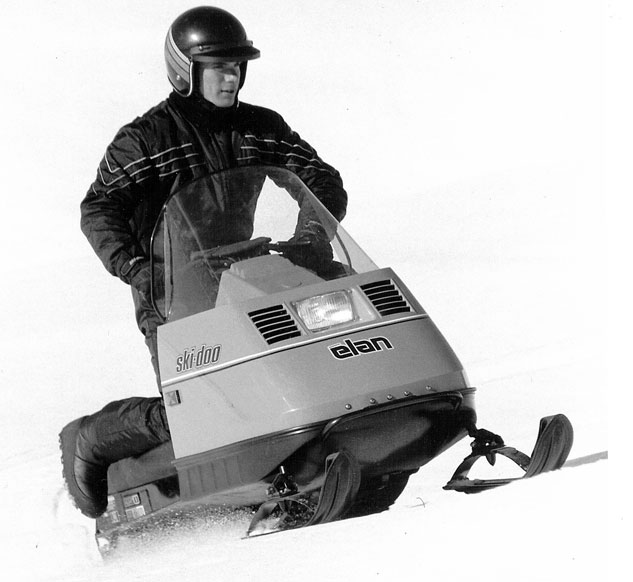 Snowmobile volunteers recognized the value of trails and organized routes that could be defined and maintained.

South Dakotan Ken Stewart assisted in the passage of numerous laws beneficial to snowmobiling including: establishment of a state trail fund, a gasoline tax refund, a 3-percent sales tax levied on both new and used sleds as well as a two year registration for resident’s sleds. All of these sources of revenue benefited a dedicated trail fund.

Again and again, the sport of snowmobiling is served by a selfless group of volunteers who enjoy snowmobiling and want to ensure that other snowmobilers have a place to ride and enjoy the sport. It’s what they do and they do it mostly anonymously. Some of these volunteers like David Carmichael do it well enough and long enough that they become recognized by their peers and are named International Snowmobile Hall of Famers. It’s not that easy to be selected to the International Snowmobile Hall of Fame. Of the thousands and thousands of dedicated volunteers who have made significant contributions to the sport, less than 100 have been named to the Hall of Fame.

Every now and then we snowmobilers need to step back for a moment and reflect on how the sport got to where it is today and how those 225,000 miles of groomed and marked trails across North America came to be. Rest assured that snowmobile club volunteers have been behind the sport’s successes every step of the way. It’s time to stop and say “Thank You” to the David Carmichaels of the sport who volunteer to do the right thing for snowmobiling for no other reason than it is the right thing!