Volunteers made the sport and keep it going

Volunteers created snowmobiling. They keep it going. Lord knows why. They get little notice even within their clubs and organizations. They are underappreciated. But they continue on making a difference that may not be seen on a daily basis, but in the long-term there is no doubt how important their contributions are.

As a young snowmobile writer and editor, I couldn’t grasp the concept of club volunteers. I simply wanted to ride snowmobiles – as fast and as hard as I could – in those lost days before “zero tolerance.” What was that? A concept of social responsibility promoted by clubs and the volunteers that ran the clubs and associations? Didn’t they realize that they were killing the business of the very taverns that advertised in their trail maps? But they rightfully had a bigger view. 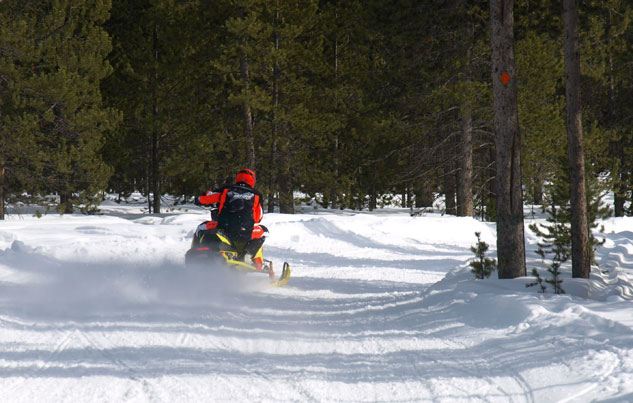 Without volunteers, snowmobile trails in popular destinations such as West Yellowstone would not exist.

Then decades later, as an older and slower snowmobile writer and editor, I could grasp the concept of club volunteers. I still simply want to ride snowmobiles – just not as fast nor as hard as I did back then. I recognized that these volunteers had been all that existed between no trails and todays more than 135,000 miles of groomed snow-ways. Why did they do it? Didn’t they want to ride, too?

They were smarter than me. They understood that renegade riders who crossed over a neighbor’s backyard or ripped up a winter wheat field could cause complete closure to snowmobiling, unless they took action and encouraged organizations starting at the local level. Why didn’t I get that? After all, my own father and his partner joined together with other local snowmobile dealers to form a statewide dealers’ association to promote snowmobiling in the 1960s. That was a time when snowmobilers would ride out of their garages, across backyards and farm fields to get to play areas. That was also a time when experts predicted annual sled sales of a million units. That didn’t happen, but trails did and volunteers provided the impetus and vision. 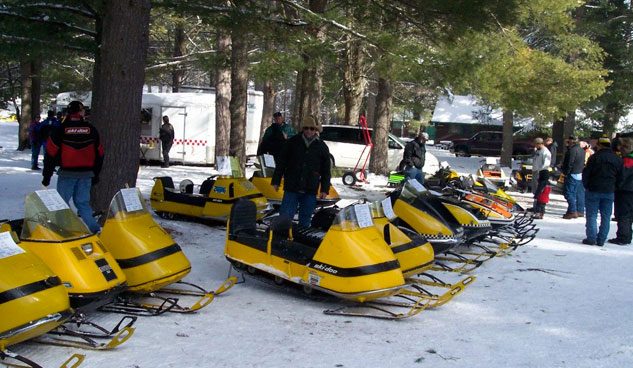 Most snowmobile events like the annual vintage showcase put on by the New Hampshire Snowmobile Association at Bear Brook State Park is dependent upon volunteers.

Recently it was my honor to co-host the 25th annual International Snowmobile Hall of Fame induction ceremonies. Held in Eagle River, Wis., the Hall of Fame inducted three – Gail Hanson of New Hampshire; Larry Shepherd of Minnesota; and Lyle Shipe of Michigan. Fewer than 100 people have been inducted, but volunteers make up more than 73 percent of all inductees. For every snowmobile industry pioneer like Arctic Cat and Polaris founder Edgar Hetteen or Ski-Doo creator J-Armand Bombardier, there have been six times as many volunteers inducted. 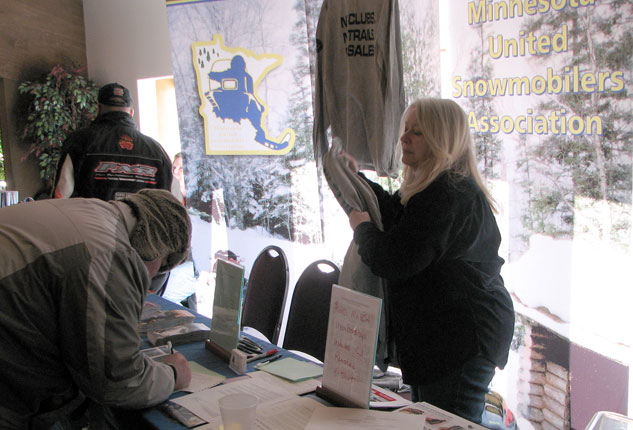 State associations like MNUSA rely on volunteers like Nancy Hanson to promote the sport at statewide events such as Hay Days and the Waconia vintage show.

Standing in front of the assemblage at the 25th induction ceremony, I viewed a roomful of gray-haired veterans who had journeyed to Eagle River to take part in a celebration of accomplishments that they had created. Too many of the early inductees are gone, but those in attendance could relate stories that only another snowmobile volunteer could understand. These are comrades in arms, maybe not combat-tested like soldiers, but warriors nonetheless. They fought battles with anti-snowmobiling activists, local and statewide politicians, and sometimes even national ones. These are folks that mustered the snowmobile troops to rally against the federal government’s intentions to close off all lands to motorized recreation. That started in the 1970s and continues today as snowmobile volunteerism monitors federal programs to protect snowmobilers’ interests. State snowmobile associations stay vigilant to make certain that monies dedicated to snowmobile programs go where they are supposed to go. 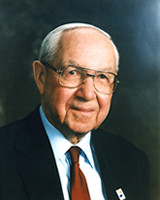 Vermont volunteer Carmi Duso’s name became synonymous with snowmobiling as he spearheaded the first corridor trail system in the East.

Who does this? They are people like Michigan’s Jim Duke, who was inducted in 2013 and currently serves as an advisor to Michigan’s trail advisory council. West Yellowstone would not have been a national snowmobile destination without the efforts of 1994 Hall of Famer Bill Howell. Vermont volunteer Carmi Duso was a name synonymous with snowmobiling as he spearheaded the first corridor trail system in the East. Other state associations frequently solicited his expertise as they worked to create similar snowmobile trail networks.

Other volunteers donated their time and efforts to make the sport safer and its riders more responsible. Colorado’s Don Dabbs initiated a Youth Snowmobile Safety Education program that became a model for others. A Colorado husband and wife, Ed and Mildred Hedrick, were active volunteers promoting pro-snowmobile legislation and pioneering the state’s first snowmobile charity ride. Roger Pillman of Alberta was a prodigious fundraiser for MS and organized many successful rides on that charity’s behalf. Hall of Famer Don Lumley secured more than $16 million for snowmobiling in Canada. This Ontario snowmobiler created a snowmobile patrol as well as regional snowmobile organization.

Volunteers might not have any sense of recognition if not for Minnesota Hall of Famer Elmer Cone. The International Snowmobile Hall of Fame began with him. He spearheaded the concept, which organized the first-ever induction ceremony 25 years ago in Grand Rapids, Minn. A long time volunteer himself; he knew that all too often the good deeds and hard work that snowmobile volunteers did was never recognized. 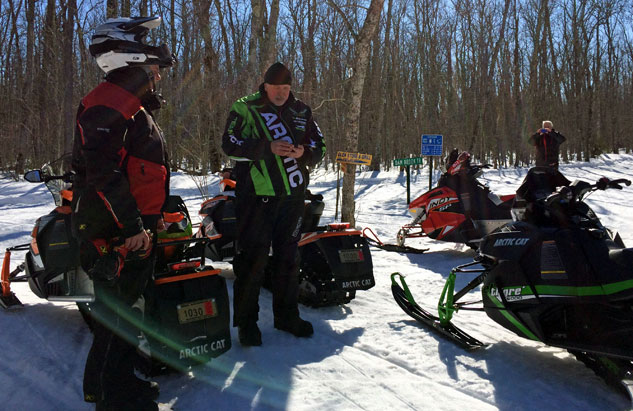 People make the sport and volunteers protect the trails.

“Without the volunteer,” Cone reminds everyone, “the trails we ride would not exist.” He also recognizes that a lack of trails would result in fewer sled sales, as people wouldn’t have places to ride and ways to get to popular destinations. State funds for snowmobile programs would not exist if not or volunteers. Simply put, without club volunteers: No clubs, no trails, no sales.

Looking out at that sea of gray hairs, we wondered where are the new volunteers? But then we looked over at ISHOF’s 2014 Groomer of the Year, Chris Wiley of Iowa. This 30-something snowmobiler’s volunteerism led him to develop and head up the Groomer Operator Training Program for the state of Iowa. He created an educational program for new groomer operators and a recertification program for veteran operators. As demonstrated by his acceptance speech at the ISHOF awards ceremonies, he is an articulate spokesman for snowmobiling and representative of the volunteers who created and continue to watch over the health of the sport.

Volunteers have always been the lifeblood of the sport. They all would appreciate a thumbs up and “Thank You” for their efforts. To all snowmobile volunteers, thank you!