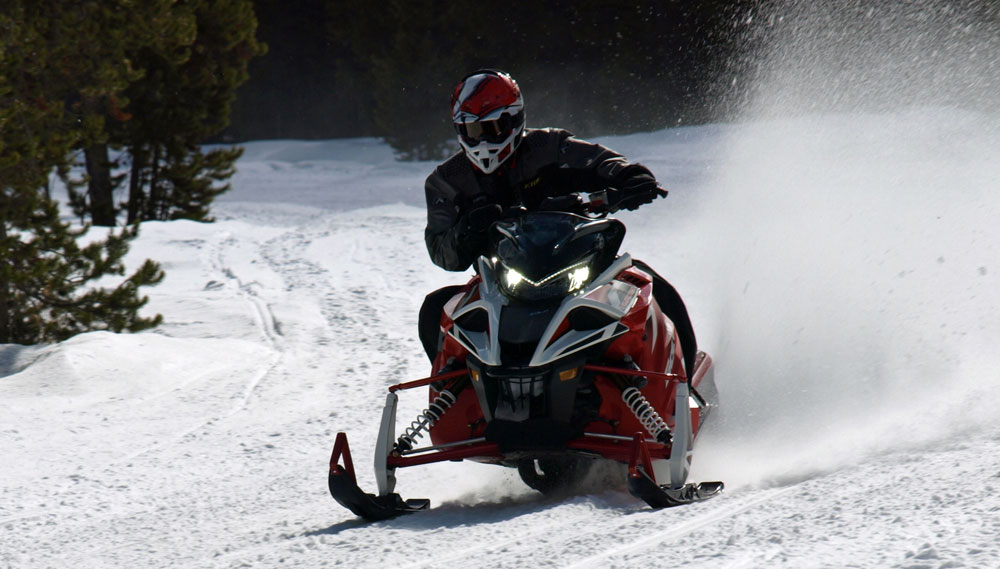 Before you decide to go out and get yourself a top of the line, high horsepower Yamaha Sidewinder, you’ll ask yourself “Do I need 180 horsepower?” The easy answer is, of course not! But you want it for the same reasons you buy a 4×4 with a 400 hp Hemi or 6.2 Liter V-8. You want it.

Go ahead and get the Yamaha Sidewinder with its all-new 998cc turbocharged 4-stroke triple. It has 180 claimed horsepower, but you aren’t going to be using it all the time. Just as with your heavy horsepower 4×4, you’ll find that full throttle pulls will be there when you want them, but you’ll discover that the Sidewinder turbo is one of the most trail capable snowmobile engines ever offered by any sled maker. Powerful, absolutely. Trail friendly, surprisingly so. Quiet and well mannered, incredibly so.

Face the facts, you’ll want the Sidewinder for its wide open potential, which, if you are sane, should scare the heck out of you. But after those first full trigger pulls and the excitement of the sled’s power ebbs, you’ll notice that the Sidewinder turbo may actually be quieter than your buddy’s 1049cc Viper. Riding the Sidewinder turbo is like driving a mass production turbocharged automobile. It’s inherently quiet and extremely smooth from drive off to “passing gear.” That may be disappointing to some owners, but Yamaha seems to have made a genuine effort to make the Sidewinder turbo models into excellent trail sleds that have smooth on-trail performance combined with unbelievable top end, wherever that might be! 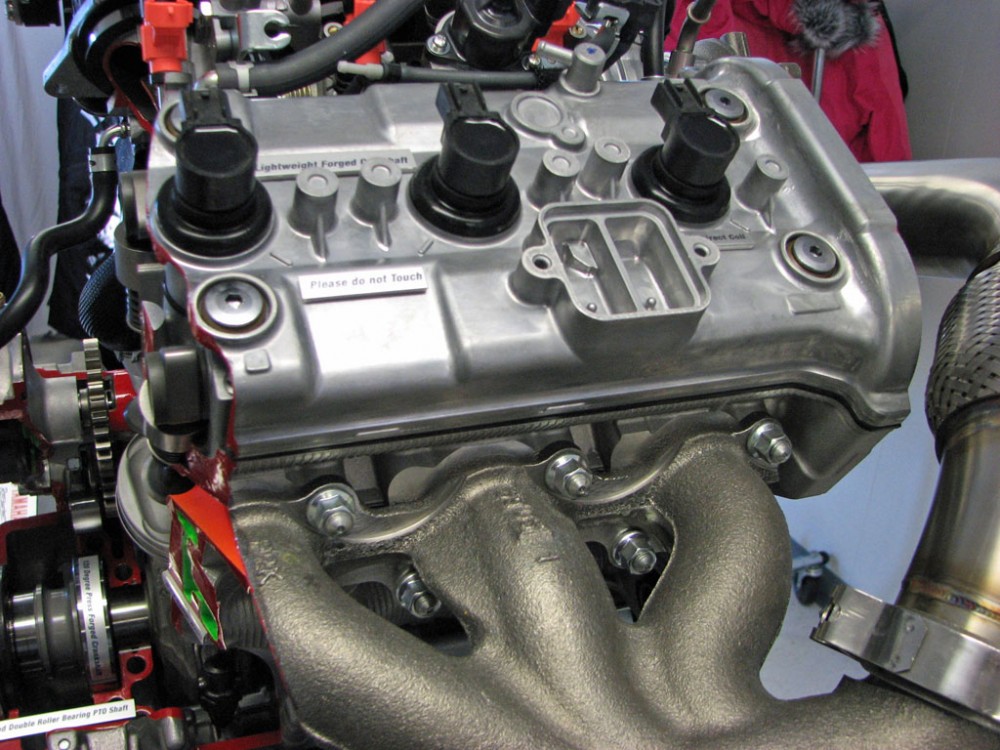 The official claim for the new 998cc Yamaha turbo is 180 horsepower, but it has been dyno’d 18-percent higher.

Having ridden the bulk of Yamaha’s power-crazed Sidewinders, our favorite is the Sidewinder L-TX with the 137-inch length track and upgraded shock packages. The L-TX LE was available for early buyers and featured Fox 1.5 Zero QS3R Kashima coated shocks up front with another on one rear suspension arm paired with a two-inch diameter version on the other suspension arm. These remote reservoir shocks offer quick adjustability as well as the ability to tune either rebound or compression independently. Their performance characteristics are intended to match the sled’s power potential.

Regardless of whether you are an all-out high performance rider or a high mileage one, the Sidewinder L-TX should be a consideration. Obviously, all-out performance riders feel a need for speed that is standard with this sled. High mileage riders will enjoy the Sidewinder for its smoothness and ability to spin many miles on its odometer in a day’s ride. Admittedly we were blown away when we came to areas where we could hold the throttle in and watch for triple digit speeds on the speedometer. We expected that. What really got our attention was how easy the sled was to ride at or below posted trail speeds. For us, the Sidewinder is more friendly in that circumstance than the similar 130-something horsepower Viper L-TX. Some of it’s surely psychological as we know that we can throttle up the Sidewinder at any time, while the Viper’s normally aspirated motor will never spool up as quickly or reach high top end speeds. Even when riding easy at posted speed, there is just something about knowing we can slam the Sidewinder throttle and head to hyperspace in a nanosecond. Oh, yeah, the power is there, whether we need it or not! 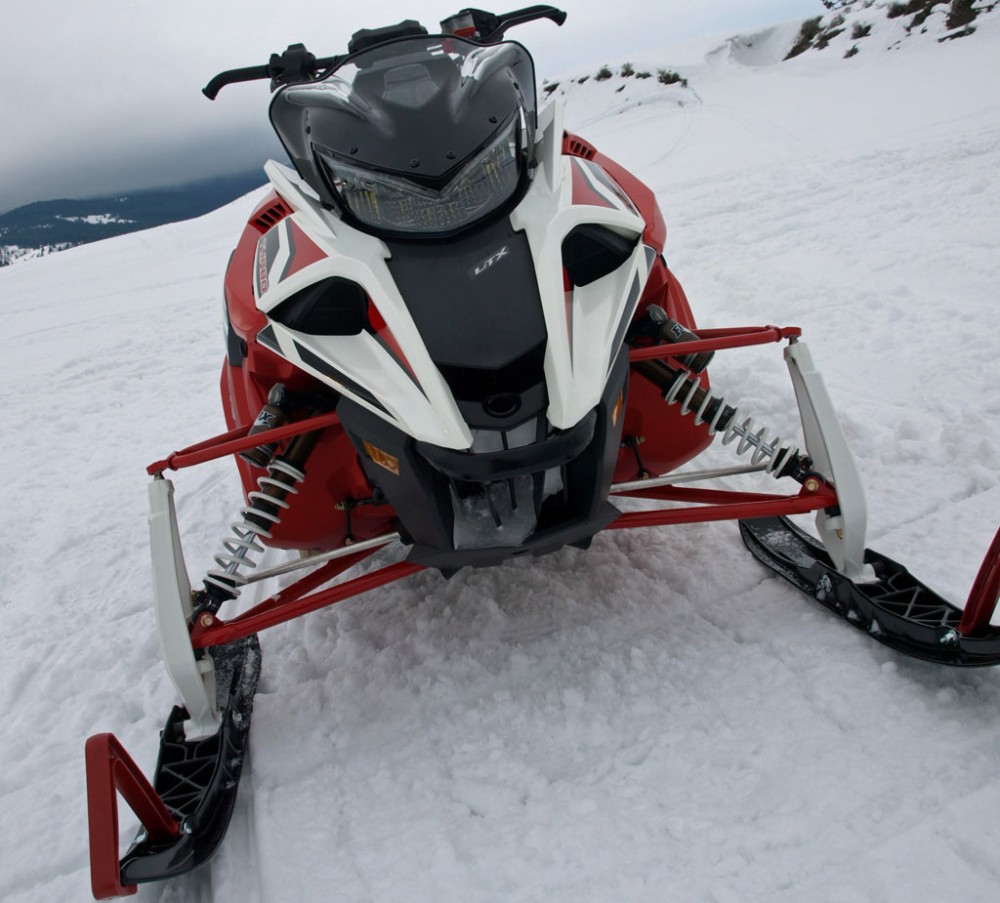 This is not the view most riders will get of the Sidewinder this season. Most folks will see the snowflap.

Of course, Yamaha’s Sidewinder may be new for 2017, but it isn’t as new as, say Ski-Doo’ new GEN-4 package of chassis and engine. That one is basically built from scratch. The Yamaha Sidewinder turbo is all-new, while the platform and some body panels were jiggered to fit it. Both projects were probably started about the same time as Ski-Doo claimed its GEN-4 project was three-ish years in the making and Yamaha claiming a similar time frame for its 998cc turbo project. It may have been a bit longer as Yamaha admits the turbo concept had been drawn up before any engine agreement with Arctic Cat existed, which is into its third season. If you think about that, why did Yamaha plan a 180-horsepower turbo in the first place? While a 998cc engine appears in Yamaha’s hot rod side-by-side, the turbo version only appears in snowmobiles. Was it destined – perhaps still destined – for some Yamaha 50th anniversary snowmobile special? Who cares, really, the turbo is here now and powers models from two brands of sleds – Arctic Cat and Yamaha.

We like the Sidewinder L-TX because it is a plush, sporty, easy riding and powerful runner. The drive system of the new turbo powers through a totally revised YSRC reverse cam secondary that features roller cam followers to reduce friction. Yamaha’s special high-efficiency casting designs improve aerodynamic power loss and contribute to reduced temperatures. In addition, sheave casting strength was improved to handle the higher horsepower and the drive ratio increased to allow lower final gears. This new secondary works with Yamaha’s new YSRC primary that was developed to accommodate the turbo’s higher horsepower. 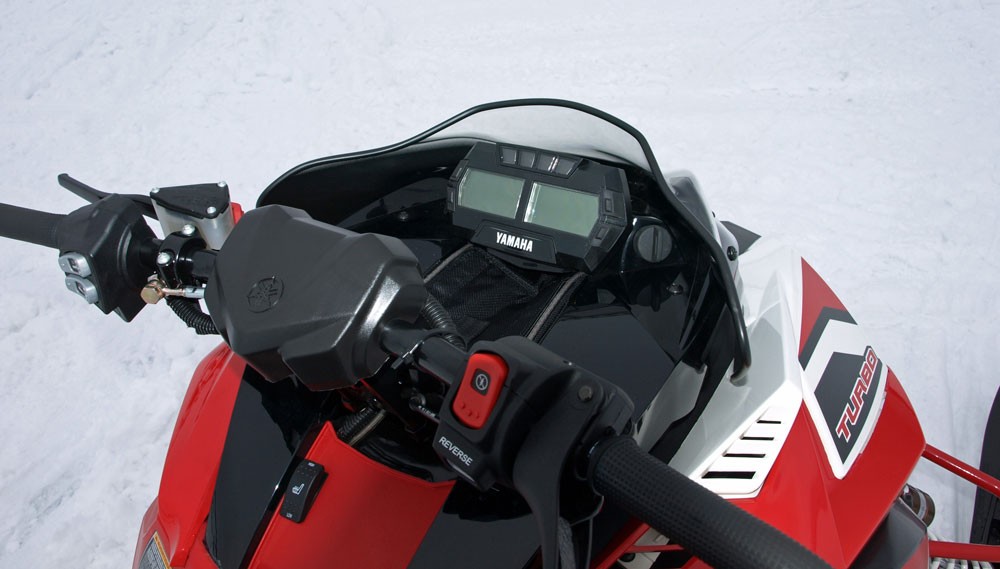 Long range riders may want to add a taller windscreen, but the Sidewinder cockpit is all oriented to high performance.

Since Yamaha intended to offer the turbo in a large number of new models, the company went with an established turbo supplier with a history of producing large volumes for automobile makers such as FIAT and GM. That is partially why you’ll find the new turbo system has performance and sound emission qualities akin to those in the automotive industry. The Yamaha turbo setup features an air bypass valve (ABV) to redirect air pressure back into the intake side of the compressor to prevent surge and maintain impeller speed, keeping it ready for the next hit of full throttle acceleration. Since there is no blow-off poppet-type valve as with other snowmobile turbo systems, the Sidewinder is sneaky quiet.

The Sidewinder L-TX with the 137-inch Camso Ripsaw track and its 1.25-inch lug profile plus a set of third generation Yamaha-engineered Tuner III skis makes this sled trail ready. Or, if you like to bang in the rough, off-trail ready as well! 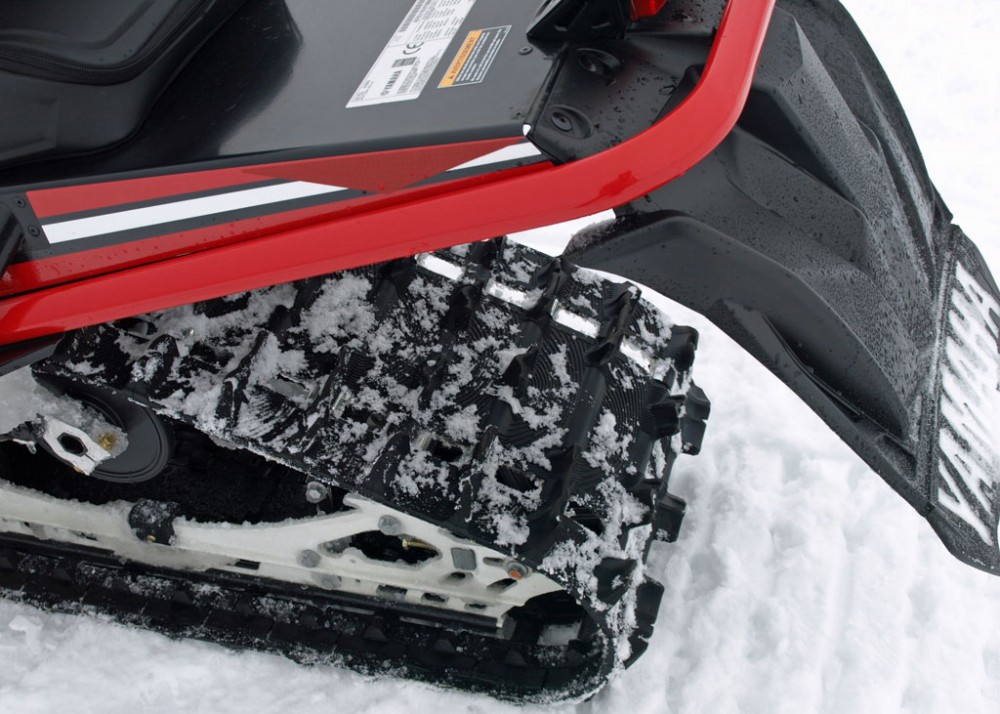 The L-TX is fast and performance credible, but as important, it is ergonomically tuned for comfort. The Yamaha handlebar set is among the best in the industry. The seat is ideal for quick turn-ins or sit-back cruising thanks to its narrow front and wide, flat bum carrier. Let’s not underestimate the advantage of its dual-heat setup, which can add comfort at the end of a cold day’s ride. 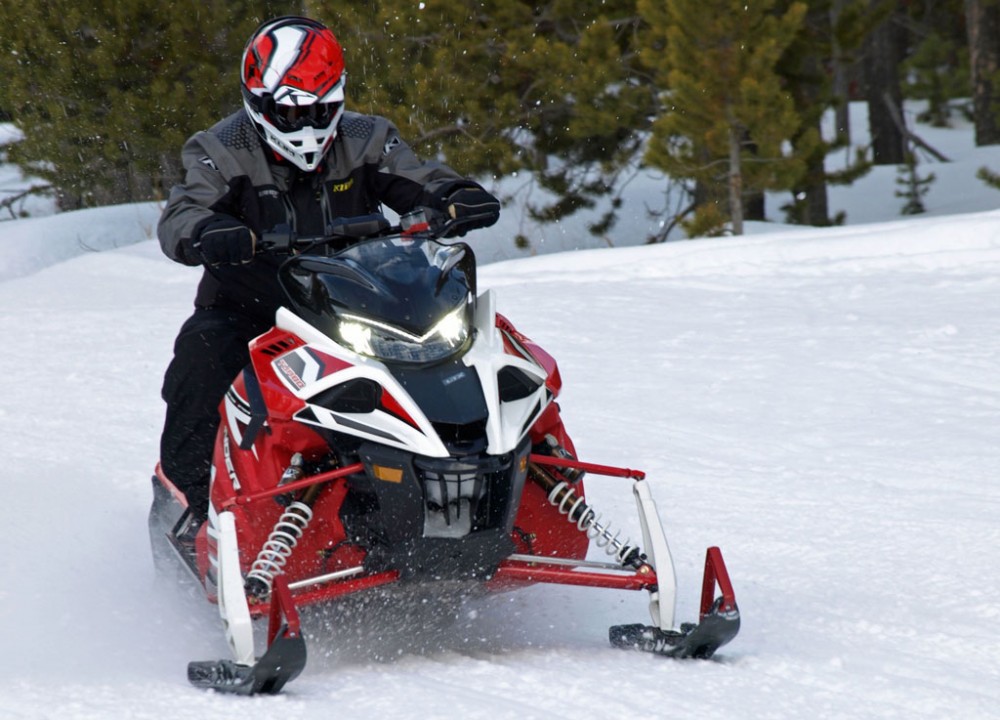 Even from a standing start, the turbo pulls fast, but smooth providing ample control for the rider.

As we noted, none of us really needs a sled with 180 horsepower, but why not when it works as smoothly and well as the all-new 998cc Yamaha Genesis Turbo housed aboard the 2017 Sidewinder L-TX? Enough said!