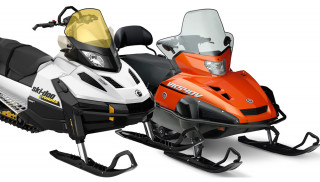 The 2019 Yamaha VK540 and Ski-Doo Tundra Sport 550 are a pair of utility workhorses. Let’s see how they compare…by the numbers.

If we were talking about ATVs, it’d be easy to show you how utility machines may not be the sexy pick, but when it comes to sales, they lead the pack. People may like going fast and having fun, but getting things done takes precedence. When it comes to snowmobiles, that isn’t the case. The sales leaders are the trail sleds. Most people who buy a sled, want to go fast and have a good time. There’s nothing wrong there, and in fact, when we hop on our sleds, it isn’t to haul in a load of firewood. We want to have a good time. Still, there is a dedicated segment of the market that still has to get things done, even when the snow starts to pile up. For these people, a utility snowmobile is more than a toy, it’s a necessity. These are machines that will get put to work and will continue to be on the job as long as the snow is there. The need for speed and luxury takes a back seat to reliability, simplicity and functionality. Two current sleds that fit that bill are the 2019 Yamaha VK540 and the Ski-Doo Tundra Sport 550. 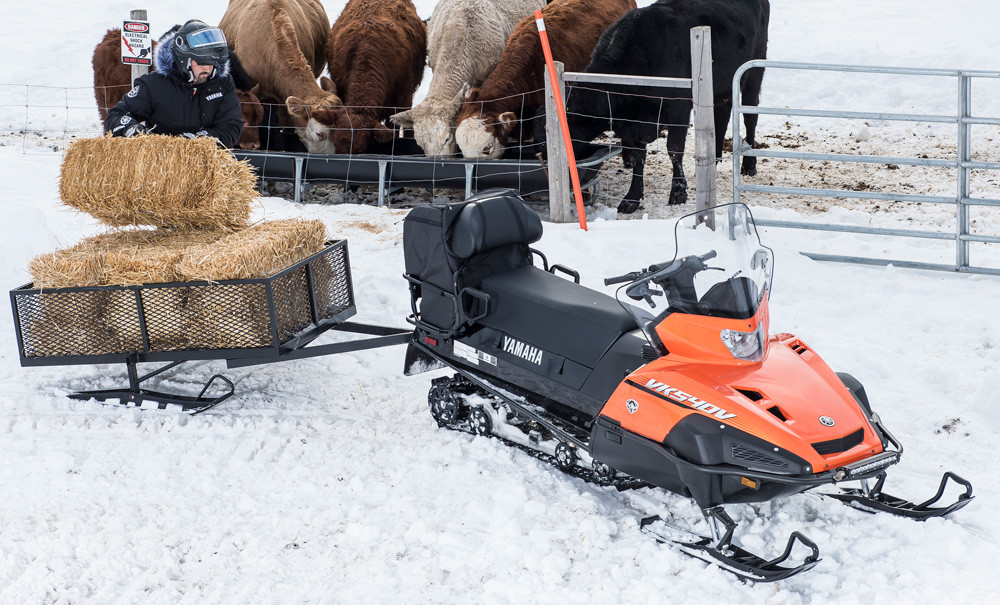 Many snowmobiles have two-stroke motors, but four-strokers are coming on strong and taking over. While there are some amazing new four-stroke utility sleds out there, many still want the simple reliability of a two stroke. Yamaha, a company well known for reliability and durability uses a newer variant of the legendary 540 two-stroke motor for the 2019 Yamaha VK540. It runs a 535cc two-cylinder fan-cooled motor that is fed by a heated TM33 Mikuni flat-slide carburetor. This latest variation of the motor has a claimed 25% better fuel economy and increases in midrange torque. This latest variant meets all emissions standards, so there is no worry there. Yamaha also bumped up the stator output to 400 watts to handle the extra load from the carb heater, as well as hand warmers and new, brighter headlights.

Ski-Doo runs a 553.4cc Rotax twin, reed-ported two-stroker with axial fan cooling in the Tundra Sport. It is fed via twin VM30 Mikuni carbs. There is an option to get the Tundra Sport with a Rotax ACE 600 four stroke motor, which is just as reliable as the two-stroke motor, so if you want a four-banger, you can get one. You’ll find, however, that most folks who live in remote areas want a simple engine, and there isn’t anything much simpler than a two-stroke. You don’t have to deal with valves, and carbs are easier to attend to than fuel-injection systems. With a basic set of tools, you can rebuild the top-end on a two stroker in the field in short order. 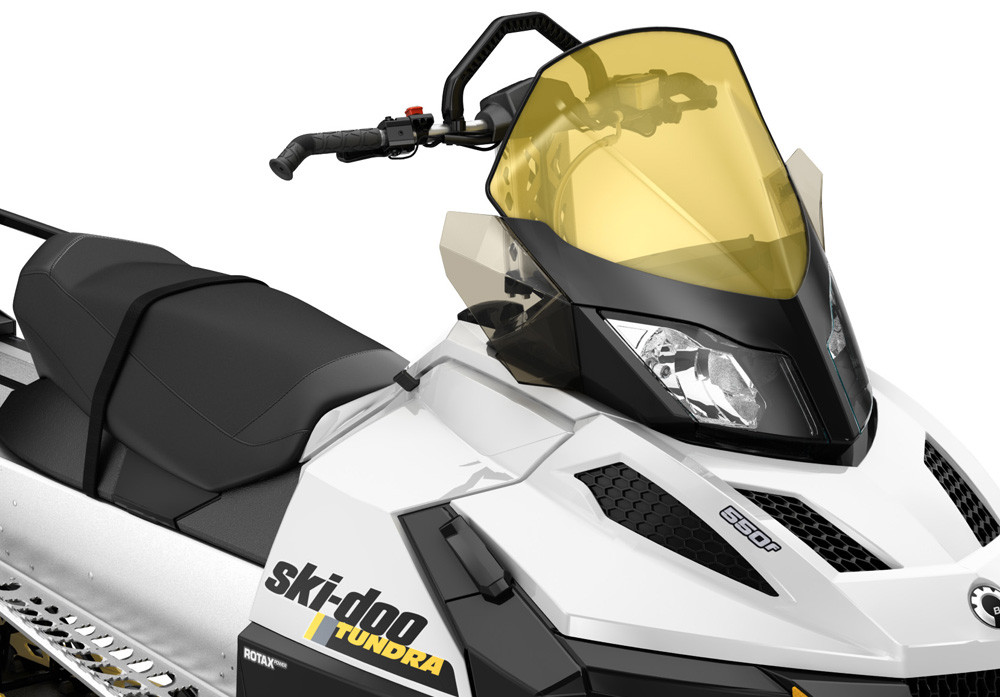 Both of these machines are based on a simple two-up seating platform. The Ski-Doo uses its REV-XU utility version of their popular REV chassis. This gives you a good-handling sled for going off the beaten path and the ability to handle hauling cargo or towing it behind you. It has a 137-inch long, 1.25 Cobra track for grip off the trail. The belly pan of the Tundra and the suspension set up is designed to float over deeper snow. It comes with a taller handlebar with J-hooks and a grab bar for side-hilling and other deep-snow handling conditions. The best part is the price. The 2019 Ski-Doo Tundra Sport starts out at just $7,649.

The 2019 Yamaha VK540 has a chassis designed for functionality in any condition. It comes with a 156-inch long, 20-inch wide 1.5 Casmo Cobra WT track that helps dig into any snow and provide dependable off-trail traction and performance. It has high-float skis with a deep keel for predictable handling. The strut-style front suspension is designed for simplicity and off-trail handling under a load, so when you’re hauling a load of firewood back to the cabin, it will handle the same. It comes with side mirrors and a full-coverage windshield for comfort, as well as electric start with a recoil backup. You can pick from black, orange and white colors with a starting MSRP of $9,349. Not a bad deal for a modern take on a classic design.

Both sleds are available now, so head to your local dealership and check them out for yourself. If you’re in the market for a simple work-horse sled, either machine is ready for you to get the job done.