The weekend of September 12-15th, the International Snowmobile Hall of Fame will add five new inductees to its roster. These five make up the Class of 2013 and will join a total of 90 distinguished snowmobilers, who include industry pioneers Edgar and Alan Hetteen, Joseph Armand Bombardier, and the first snowmobiler to the North Pole, Ralph Plaisted.

The 2013 class includes long time club and association volunteers Jim Duke of Michigan, Bob and Marie Linn of Minnesota as well as Wisconsin’s Jerry Wanty. Russ Lemke of Mosinee, Wis. will be honored for his history as a snowmobile innovator and inventor. Rounding out the Class of 2013 is Lowell Swenson, the entrepreneurial manager who led Arctic Cat from 1965 to 1978 and helped make the brand Number One in snowmobiling. 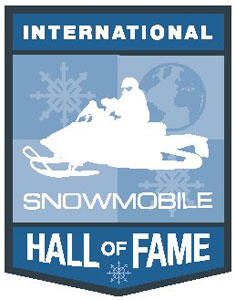 When the Hall of Fame moved to Eagle River to share facilities at the World Snowmobile Headquarters, Cone noted, “…Thousands of snowmobiler’s will be able to see and experience what we have accomplished to recognize and promote the recreational and historical aspects of the sport of snowmobiling.

He added: “…(World Snowmobile Headquarters) provides a venue of support to provide additional recognition of the individuals that have and continue to make snowmobiling one of the pinnacles of winter sports through their determination, dedication and the true heart of volunteering.”

Those who visit the International Snowmobile Hall of Fame quickly recognize that the endeavor comprises virtually all of snowmobile history with its showcase of “what’s what” of vintage and modern snowmobiles displayed in a museum setting; the “who’s who” of the sport with informative plaques detailing personal history; various memorabilia and a growing on-site library of books, magazines and photos highlighting snowmobiling and its growth.

If you like performance and a look at how snowmobile racing has evolved since the 1960s, you’ll enjoy a walk amongst some of the most famous World Championship Derby winning sleds and relics displayed in a special section of the World Snowmobile Headquarters facility. 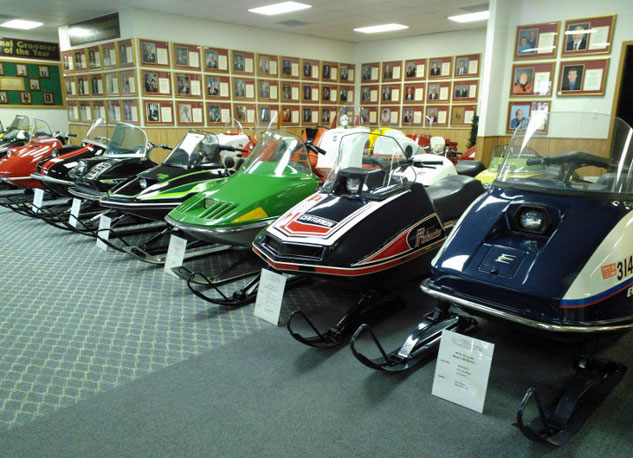 Various models and years of snowmobiles are housed at the World Snowmobile Headquarters in Eagle River, Wis., home of the International Snowmobile Hall of Fame.

But, the weekend of September 12th is to honor the people of the sport as many previously inducted Hall of Famers return to celebrate the newest inductees. While not all 90 current International Snowmobile Hall of Fame members will be on hand, those who do return represent four countries – Russia, Sweden, Canada and the United States – five Canadian provinces and 16 states.

Of the 90 current International Snowmobile Hall of Fame inductees, 86 percent are from the US. Minnesota snowmobilers account for 29 percent of the US membership with Wisconsin second. New Hampshire claims the third spot with six inductees.

VIEW: A Hall of Fame Volunteer

Canada supplies 13 percent of the International Snowmobile Hall of Fame membership. Interestingly, despite a significantly smaller population base, Saskatchewan has supplied as many hall of fame snowmobilers as Ontario. 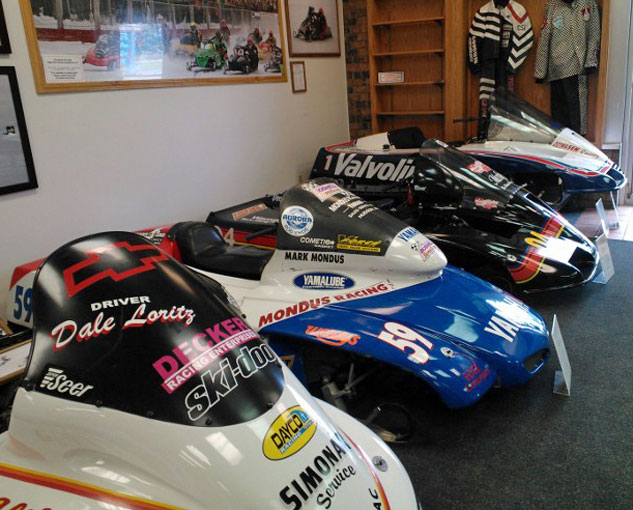 The folks honored at the International Snowmobile Hall of Fame helped make possible a sport that counts nearly two million registered snowmobiles being able to utilize more than 225,000 miles of groomed and marked trails. Inductees helped establish a network of more than 3,000 snowmobile clubs that develop and groom trails and helped raise more than US$3 million for charity last year. 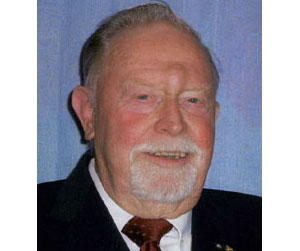 In September these five snowmobilers will be honored for their contributions and efforts on behalf of snowmobiling. They include:

Jim Duke from Munising, Mich., who became interested in snowmobiling in the early 1980’s and immediately became an avid supporter of the sport. In 1984 he joined the Michigan Snowmobile Association (MSA) and has chaired or worked in membership, legislation, by-laws and public relation activities. He was named “Snowmobiler of the Year” in 1996 by MSA.

On the national level, Jim was elected Vice President of the American Council of Snowmobile Associations in 2002 and President in 2004. 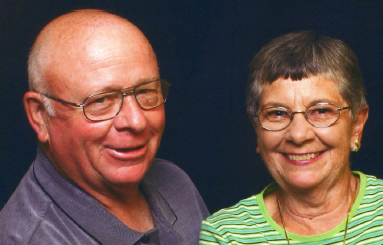 Bob and Marie Linn from Waterville, Minn. have been front and center for snowmobiling since 1976. They have a tireless devotion and commitment to promoting safe and enjoyable snowmobiling that includes teaching snowmobile training for 34 years and being recognized by the Minnesota DNR as “Snowmobile Safety Instructors of the Year” in 2007.

Jerry Wanty of Mosinee, Wis. took a 1969 Johnson in trade for his carpenter services and has been an avid snowmobiler ever since. He has started clubs, been a leader in county and state associations, trail developer, officer and director in numerous other snowmobile organizations.

As a co-founder of the Antique Snowmobile Club of America (ASCOA) in 1976, he found his true passion, which is preserving the heritage of the sport through the preservation of the older snowmobiles that started the sport. He holds membership #4 in the Antique Snowmobile Club of American and can be seen at snow shows across the snowbelt showing and displaying the old sleds, many of which he has restored to perfection. He served as vice-president of the club for 11 years. 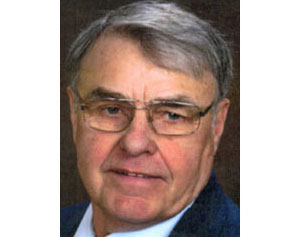 Russ Lemke from Mosinee, Wis. is a quiet but innovative “behind the scenes” man. He has a great natural talent when it comes to mechanics and has been successful in numerous innovative mechanical contributions to create winners, be it snowmobiles, chain saws, pulling tractors or automobiles. He takes it as personal challenge to always look for ways to make it better.

His ability to innovate led to Scorpion hiring him as its sales/service person, a position he continued while establishing a very successful career in snowmobile racing and engine performance building.

A serious accident in 1969 ended his racing career but not his love and talent for developing high-performance engines, which led him to concentrate on total sled performance innovations and designs. Local, state and national records were set with his engines powering the sleds of top drivers, be it on the grass, snow, water or on ice over the next two decades. 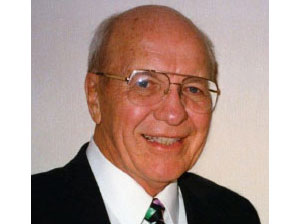 Lowell Swenson of Minnesota sunk his net worth into Edgar Hetteen’s fledgling Arctic Cat operation in 1965. Operating out of a converted creamery in downtown Thief River Falls, Arctic Cat snowmobiles were just beginning to transition snowmobiling from bogies wheels to slide rail suspensions. The company’s innovative suspension led to an increasing demand for its snowmobiles and needed a financially oriented business man to direct the company’s future. Swenson took the company from sales of a few hundred snowmobiles in 1965 to just over 112,000 by 1971.

Swenson’s leadership was the key in making Arctic Cat a leader in the industry. He stepped aside in 1978, but when Arctic Cat attempted to rebound form a bankruptcy in the 1980s, he returned to the new Arctco company to take an active role as a director until 1999. He was instrumental in raising needed capitol to get the new company started and rebuilding the Arctic Cat brand.