Bassett’s Blog: Living in the moment

As the first ‘real’ winter in about a decade descends on us here in the upper midwest of Minnesota, Wisconsin and Michigan, we can almost hear a collective sigh of relief from snowmobile manufacturers, their dealers, resort owners and snowmobilers themselves. But we must admit that the collective sigh of relief is cautionary. Mother Nature has teased us before, then slammed us with warm weather and scant snowfall. According to local weather forecasters, this is the most ‘real’ winter-like December since 1996.

If winter makes a season-long return it will be good for snowmobiling. We’ve seen evidence of pent-up enthusiasm getting unleashed on trails. These are trails with enough snow to groom—a rarity in our area for too many seasons. We’ve seen snowmobilers dressed in brand-loyal clothing standing in line at Arby’s to order a quick feast to sustain them for a night ride. Midweek riders once again mark the sides of the roadways as they head for traditional snowmobile-friendly restaurants and watering holes. High schoolers again ride their sleds to morning classes and can’t wait for school to end so they can get in a little late afternoon snow fun. Things are right with the snow world. 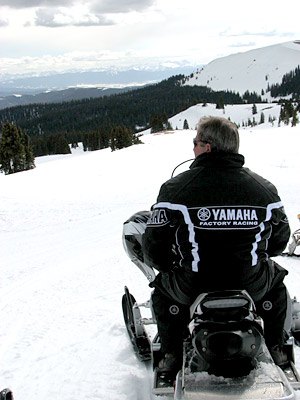 Don’t wait for future snow, enjoy the moment. Get ready and ride!

We’ve brought our sleds in from our storage shed. They’ve been fired up. Leery of Mother Nature’s fickleness, though, we added a bit of Sta-Bil to our fuel, just in case the Ol’ Lady smacks us with a warm spell that cuts into our riding. Hopping aboard our little Yamaha SnoScoot, we made a trail around the property. Just to make certain the little 79cc engine was running right. Yeah, we’re ready and heading off for fun.

As we write this, there are reports of more snow coming. Just a dusting for us. The east coast could get a foot—like Boston needs that. But the prime riding areas of northern New Hampshire, upstate New York and Maine’s wilderness will get ridden early and hard this year. It’s a Christmas present we’ve not seen in a very long time. Too long, indeed.

Snowmobile dealers have to be enthusiastic. They can sell more sleds and accessories. But with early snow comes the likelihood of increased service and parts as riders eager to get out on trails discover that they need to update pieces and replace damaged parts from their first ride eagerness. As has been the case for decades, when snow falls before Christmas, snowmobile paraphernalia is sold as presents. Pre-Christmas snow may be white for snowmobilers, but it has always been ‘green’ for snowmobile dealers, as sales now can mean a profitable season.

We suggest that everyone enjoy this early Christmas present of snow. Real sales potential will come from successive such winters, but for now enjoy this. 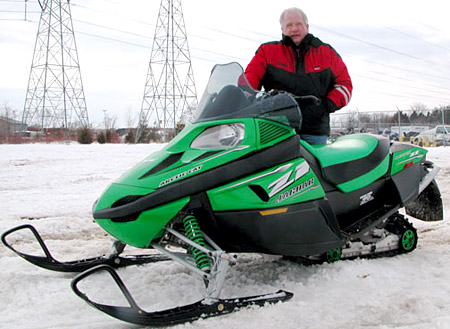 Looking for me on the trail? I’ll be the ‘Old Guy’ with the biggest ‘little kid’ smile you’ll ever see!

We see increased traffic at snowmobile dealerships. We see trails opening. Trail groomers have been out and operating at a level not seen in recent seasons. The ‘Mom and Pop’ winter getaway resorts can feel the effects of the new snow, but they know all too well that Mother Nature gives, she can take away. She’s done it before. Still, the smart snowmobilers are already booking their end of the year getaways. It all means the snowmobile economy should be getting a very nice kick-start.

What it really means is that the smart snowmobiler best be living in the moment. Forget past seasons. Don’t wait for future seasons. Live the snowmobile lifestyle now! We’ll see you on the trails—we’ll be the old guy wearing the biggest ‘little kid’ smile you’ll ever see!