How important is snow to snowmobiling? Consider that a few seasons back sled sales were starting an upward growth from just over 110,000 to nearly 160,000 units sold this past snow season. Based on optimistic quarterly sales reports from the various snowmobile companies, an additional rise of 20 percent in sales could bring the overall market close to 200,000 units sold by next season. The main reason for that growth squares precisely with the return of winter snows – and, of course, a rebound in the North American economy.

From a historic perspective, when sled sales rise, snowmobile companies make better profits and attempt to entice more people into the sport. Sometime they do it via new products. Sometime they create alluring programs to showcase the fun of the sport. Generally, they do something. What’s in the cards during this turnaround? 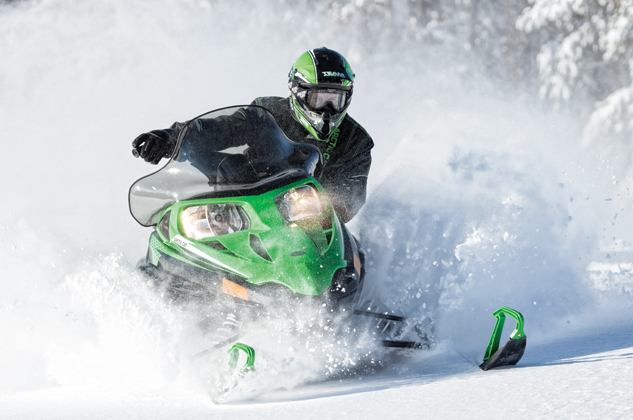 The obvious answer might be to create exciting new and low-cost snow vehicles to take advantage of the millennial generation’s desire for some active and, perhaps, even a bit dangerous thrills in the mode of off-limits snowboarding, skiing or mountain climbing. This group of thirty-something hasn’t reached command of the industry as the boomer generation did and is now relinquishing, but with the average age of a snowmobiler said to be 44 years-old, they aren’t far away from controlling the sport. We suspect that the millennials – those born after 1981 – already have become the target market for powersport marketers.

How do snowmobile makers persuade this group of up and comers to become snowmobilers? Some will come as result of a heritage of snowmobiling within their nuclear family where dad or granddad snowmobiled. Some will try it on as something new. But as they do, the snowmobile makers will need to understand that this group, according to social historians, wants to have fun, but can be quite mercurial.

Perhaps, the best thing snowmobile companies can do is – nothing!

In the past we have suggested that sled makers needed to create low-cost, lightweight fun sleds to entice new riders. We’re backing off that premise. Take a peek at the motorcycle industry. Stagnant for the past few years as Baby Boomers discovered that two-wheelers can be dangerous to their aging population base, recent motorcycle sales spiked in one main category, three-wheelers! Yep, that odd-looking Can-Am Spyder that BRP put on the highway now represents $300 million in annual sales to the Quebec-based company. Harley-Davidson’s three-wheelers sell well to an aging demographic and Polaris must have seen something in the three-wheeled business, too. The company introduced its own variant, the all-new concept Slingshot. 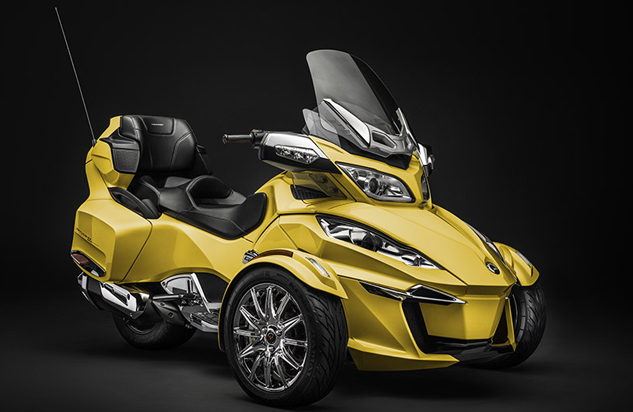 Can-Am’s three-wheeled Spyder attracts new riders to motorcycling, who want all the features and are willing to pay for them.

Keep in mind that these vehicles invite new riders or provide an alternative for older, veteran riders. Can-Am spokesmen have been quoted as saying that about 25 percent of its buyers had no prior motorcycle experience. Plus, about a quarter of Can-Am Spyder riders are women.

This doesn’t necessarily track to snowmobiles, which are highly seasonal and very specific to snow country. Still, if the fact those three-wheeler on-road vehicle buyers tend to buy top-of-the-line and not low-end models, maybe we need to think about what a new snowmobiler might want.

Polaris looks to create a niche within the niche of three-wheeled on-road trikes with its Slingshot, base priced under $20,000.

After attempts to expand the market with sleds like the Yamaha Sno-Scoot of the 1980s and Ski-Doo Freestyle of the 2000s, it just may be that price isn’t the answer at all. Perceived value may be the key.

What does a Can-Am Spyder offer a would-be motorcyclist? The thrill of the open road combined with stylish safety. Is a hot rod motor trike safer than an Indian Scout, bagger Harley or Yamaha FZ1 sport bike? As a motorcyclist, we’d say “No!” The stability of three wheelers certainly counts for something, but as a rider you remain at the mercy of the idiot driver texting, sipping coffee or screaming at kids. Protection? Yeah, there’s one more wheel to get ripped away. But, the perception is that three-wheelers are safer and buyers seem willing to pay for that and some very real extra storage that a two-wheeler, even a bagger, won’t have. 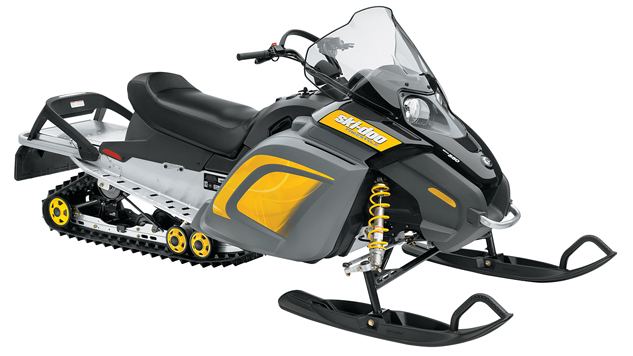 A bargain-priced sled with a fan-cooled, low maintenance 300cc single cylinder engine, Ski-Doo’s 2006 Freestyle was seen as more of a kid’s sled than a real sled for entry into the sport.

The trike has value. A low-cost, entry-level snowmobile has little perceived value other than initial price. If a sled manufacturer engineered an all new mid-sized sled with moderate power output at a lower than $5,000 price tag, would it sell? Sure, there would be some buyers, but chances are that once they bought they would not buy again.

In the recent past, at least two would-be sled importers tried to bring Chinese-built sleds into the market. For various reasons, likely optimistic expectations and underfinancing, these sleds never materialized in any volume.

A Future for Lightweight Fun Sleds

There is a new type of snow vehicle gaining interest, the snow bike. Mostly these are kitted off-road bikes. Again, while interesting, the market niche is narrow. If it gains momentum, expect the mainstream snowmobile manufacturers to enter the fray. Don’t hold your breath. 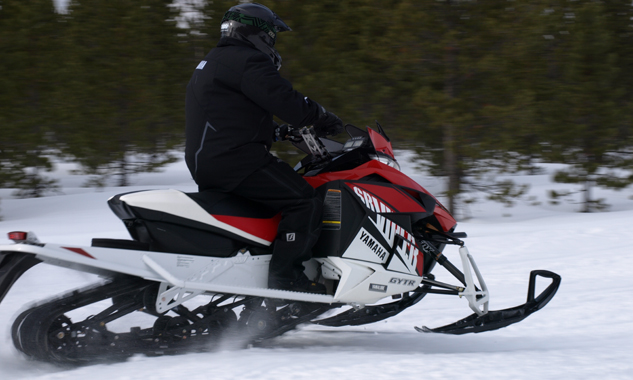 Which is more important to a newbie buyer: low pricing or real value at a higher sled cost? The Yamaha Viper with its Cat chassis and Yamaha engine is perceived as a good value, despite its $12,000 price tag.

So, what, then is the entry sled? Probably a used sled with premium features like a used MXZ or Rush or Viper or ZR. New snowmobilers probably come into the sport based on knowing someone that already rides. If their buddies have new Renegades with RAS2 and rMotion or an AXYS Switchback Pro S are they likely to settle for a fan-cooled 550 Indy? Seriously?

We used to think that price was key to expanding the market. Now we look at perceived value. That value may be a quality used sled instead of a brand new $6,500 sled; even if has a two-year warranty. In our neighborhood a new rider can go to a nearby dealership and buy a 2012 Arctic Cat XF800 LXR for $7,499 – about the price of a brand new 2015 Ski-Doo MXZ Sport 600. The perceived value would be higher on which model? The one that’s new, or the one that is in like-new condition and has more premium features and greater power?

Is there a place for the under-$5000 entry-level sled? Sure. But if the sled manufacturers learned one thing in the past, pricing alone doesn’t sell. It’s the experience and bonding of like-minded powersport enthusiasts that seals the deal long term. Snowmobiling is a fun sport and it has to be fun that sells it to newcomers. Why would someone want to buy into a sport that lasts 12 weeks max, totally depends on copious amounts of snow and requires you to dress for protection against insane wind chills? It has to be perceived as being fun; dollars saved isn’t the answer.